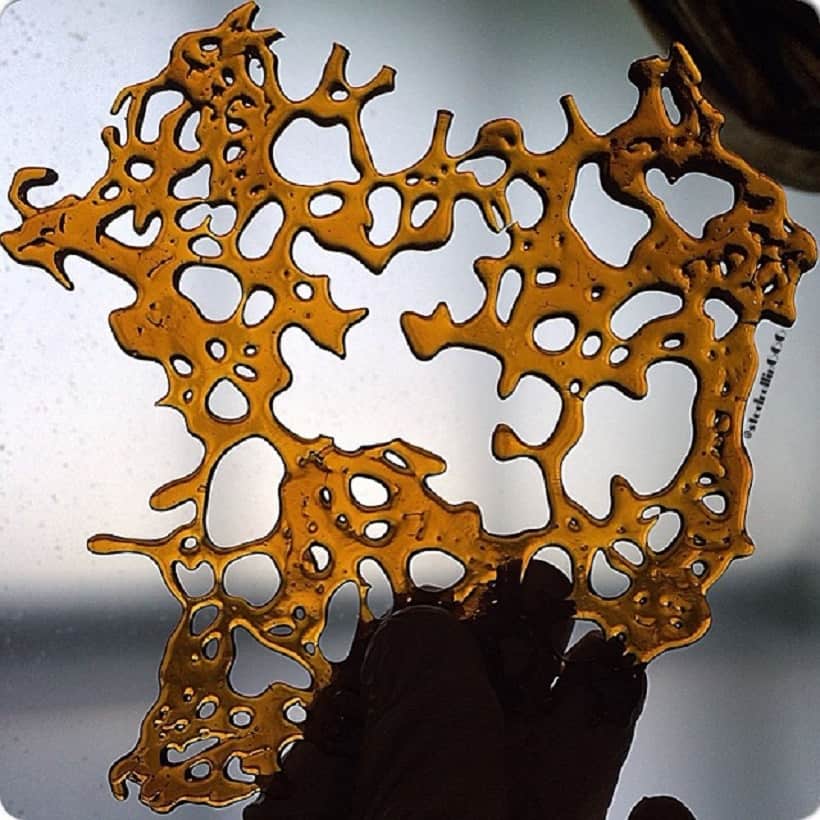 Marijuana Wax and What To Know

Marijuana wax is becoming very popular in the world of cannabis. If you are a recreational marijuana user, there is no limit on how high you can get.

For that reason, many cannabis users have turned to marijuana because it gives a more intense high. Marijuana wax is also known as wax or ear wax.

It is a cannabis concentrate that is highly powerful and impactful. Consuming this concentrate results in a stronger and faster high and has certainly becoming popular.

It has made its way strongly on the cannabis market. However, don't go quickly embracing marijuana wax before knowing what psychoactive elements are contained in it.

Making it at home without the specific knowledge and information can be quite dangerous. Yes, you can follow the craze, but educate yourself first.

Marijuana wax got the appropriate name because it has a wax-like appearance. In addition, the ingesting process of the wax is known as dabbing. If you mention butane hash oil, dabbers will know exactly what you are talking about. The process used in the production of butane has oil is ‘blasting.'

And those producing the substance are called ‘blasters.' If you are a novice or amateur, tread marijuana wax  extraction process very carefully. As a matter of fact, butane hash oil is not friendly to a homemade kitchen since flammable and volatile butane liquid is used in the process.

Although, there are other extraction methods, the butane hash oil method is the most popular. It could be that it offers a more intense high than other methods such as carbon dioxide or ice water extraction. Remember that butane is used in cigarette lighters, which tells you how unsafe it can be.

For example, if you were to leave your cigarette lighter carelessly around a home with small children, not only are you sloppy, but a child can get hold of the lighter and accidently cause a fire. You already know the danger of that and know how to use the lighter in a safe way. The same is true for marijuana was and the person that knows what to expect during the butane hash oil extraction process.

What is Cannabis Wax?

Cannabis wax is a form of hash oil concentrate created when a solvent is washed over weed plant material.

Cannabis wax isn't a far stretch from ear wax when you look at it but it is very enjoyable once you try it.

Marijuana wax can contain up to 90% THC and provide you with a very unique marijuana experience.

Marijuana wax is great for quick medical attention if you suffer from any ailments. Unfortunately cannabis wax can also be very expensive, sometimes as much as $50 for a gram at some marijuana dispensaries.

Marijuana wax is first extracted from the cannabis plant after dab is deposited inside a bong and then smoked like you would a joint. There are some recreational cannabis smokers that prefer vaporizers, which is a pen-like device that heats up to more than 320 degrees.

Using the vaporizer makes the was evaporate and not burn like the marijuana joint would. Many people love the vaporizer because of the cleaner smoke that it allows. The joint an result in harshness to the lungs and subsequent coughing. The vaporizer is smooth and cleaner.

How is Cannabis Wax Made?

Cannabis was is sometimes made at home but we do not recommend trying that since if done incorrectly it can blow up and cause death or injury, so much better to leave it to experts and buy a finished product.

Marijuana wax is produced by packing cannabis buds into a tube or pipe. Then butane (or other solvent of choice) goes over the cannabis plant material. This fluid you added then matches up with the psychoactive THC in the cannabis buds and pulls the compound from the marijuana plant.

Then the butane is evaporated until all that is left is a sticky, icky, potent, cannabis wax!

Also, things like marijuana crumble, shatter, budder, can all be made as well, depending on the conditions like the humidity and temperature.

Some people also make marijuana wax by using isopropyl alcohol. All that is done id the cannabis is submerged in alcohol and then drained through a micron sieve. Then it is strained again several times until the alcohol evaporates. This alcohol evaporates in about 24 hours, or some choose to heat the solution to make it evaporate a lot faster .

Here are the three most common ways to use cannabis wax:

Dabbing is the most popularly used way to consume cannabis wax. It is achieved by the use of a dab rig which is very highly heated.

A dab nail is also used and can be made of ceramic, titanium or glass. A dab nail is heated using a mini blowtorch. When the dab of marijuana wax is applied to a scalding hot surface it will vaporize, then the smoke is inhaled by the user.

Portable vaporizers are very commonly used to use marijuana wax. We recommend you use a vaporizer with a ceramic or quartz crystal heating chamber, and titanium coils if you can afford it. The vaping of your marijuana wax will go much better if you do.

Adding it on a Marijuana Joint

A lot of people also just sprinkle their cannabis wax on top of their joint or right into their packed bowl of weed. It can be sticky so be careful with how you handle it.

What Are the Benefits of Cannabis Wax?

The biggest benefit of cannabis wax is its greatly increased potency. If properly produced marijuana wax can have a very small amount of butane in it and a high concentration of THC.

Dabbing cannabis wax can reduce the probability of lung damage that often comes from smoking weed, and the effects are quickly experienced and therefore are often perfect for receiving some medical conditions such as chronic pain.

Also keep in mind that if you are looking for a lesser potency you can look into using CBD Wax.

CBD Wax is made from cannabidiol extract, which is a non-intoxicating marijuana compound. It won't get you stoned like straight cannabis max will.

How Potent is Cannabis Wax?

Please remember that making your own cannabis wax is very dangerous and we do not recommend that. It is much safer to buy it already made at a dispensary. Instead of doing any of the work yourself since it can blow up if done incorrectly!

Butane is an extremely flammable substance which can explode if mishandled. It has caused various deaths and injuries over the years!

Cannabis wax is VERY POTENT! It is not recommended for novice cannabis users.

Marijuana wax also can cause hallucinations in some users since it is so potent.

Cannabis wax is best used by experienced cannabis consumers and those who receive a medical relief from its use.

For these reasons, marijuana has become more popular on the cannabis industry scene. It is more potent and less harsh. Due to the popularity of marijuana wax, more vaporizers are being manufactured to give the smoother option.

Another important thing to note is it consist of more than eighty percent of clean, pure and untainted THC.

There are several marijuana dispensaries nationwide that have added marijuana wax to their inventory because it is very helpful to medical cannabis patients as it relates to potency and pureness.

It is recommended that instead of making it at home as a novice, buy your marijuana wax legally from a dispensary. It will be safer and cleaner. If tainted, it can contain unfiltered residue, which could be unsafe to smoke or ingest.

Marijuana concentrates are growing in popularity because of their increased potency – whether you’re looking for a way to chill out or to treat chronic pain.

Marijuana wax is one of the most sought-after concentrates due to the highest quality versions containing an enormous THC content.

Some cannabis plants have a THC content of 30%, while some wax concentrates have over 90% THC!

“Weed wax” goes by lots of different names, such as, Butane Hash Oil (BHO), Honey oil, and ‘710’ (which spells ‘oil’ when you turn the number upside down and read it).

It is probably better to visit your local marijuana dispensary and speak to an informed budtender to ask more about marijuana wax. If you still need more information, check us out at the Cannabis Training University now and enroll in our award-winning cannabis college courses.