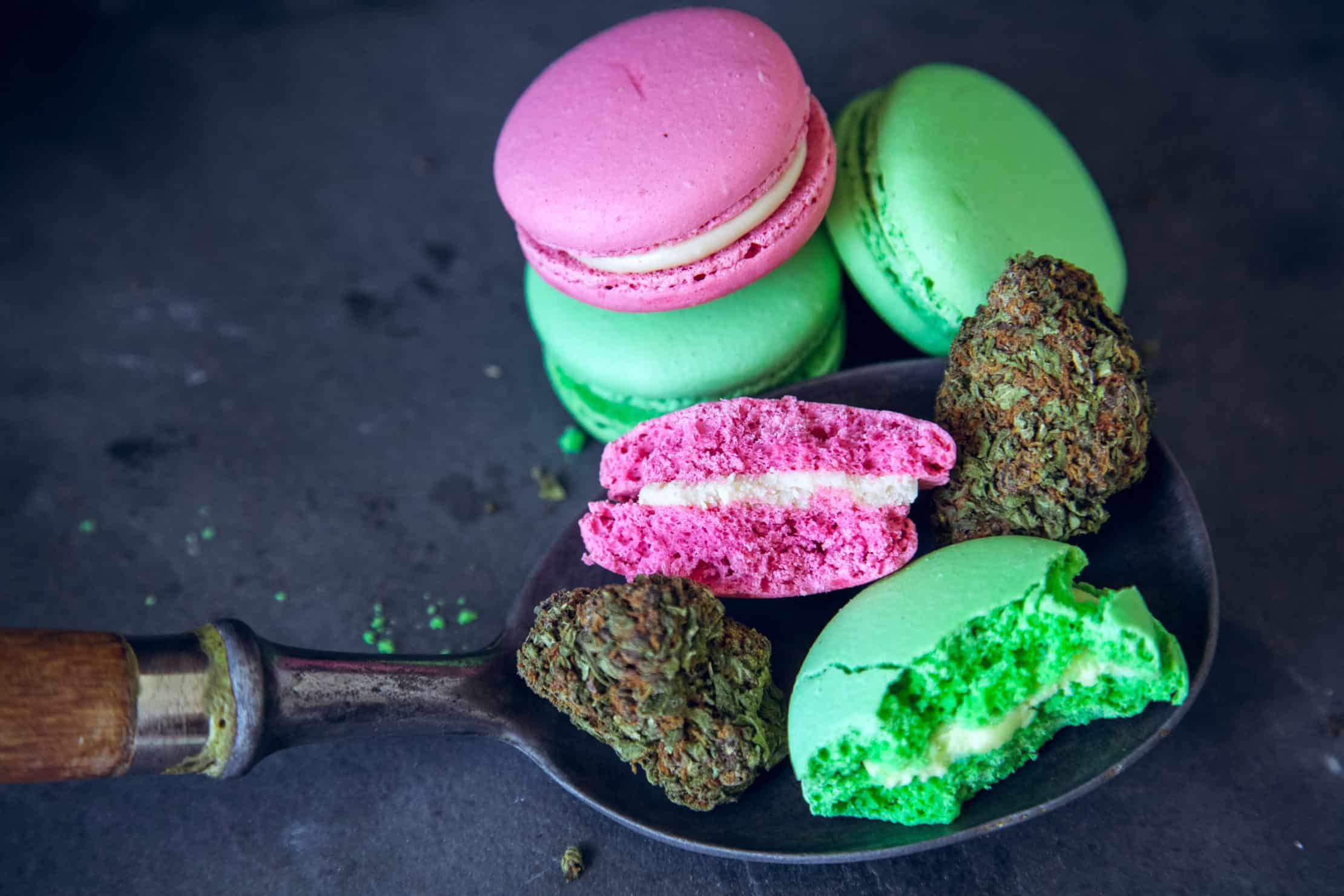 What Are The Side Effects of Edibles?

What Are The Side Effects of Edibles?

Have you ever wondered and asked yourself what are the side effects of edibles?

For decades, edibles have been a constant on the marijuana scene. The weed brownie holds particular prominence as a fan favorite of all time. Although the whole culture might have started as a way to conceal marijuana consumption, it has evolved into an alternative to smoking that is preferred by many.

With the legalization of medical and recreational cannabis in some states, people can now experiment more boldly on methods of consuming weed. Cannabis users are shying away from smoking due to the effects it has on the lungs as well as the relative ease of consuming other forms of cannabis.

With the increase in popularity of edible we have to ask, are they safe? Are there side effects related to their consumption?

Let’s find out what edibles exist and what effects consuming them may have on you.

What Are Cannabis Edibles?

These days, edibles can be found in numerous forms – your choice spans beyond the old-fashioned brownie! The varieties abound. Some five star restaurants even offer gourmet cannabis infused meals, and at a premium rate at that!

Marijuana edibles, also known simply as just edibles, are food products that have been infused with cannabis. They differ from smokable forms of weed in both their method of consumption and effects. Edibles are often referred by those who do not do well with smoking or are easing their way into the world of marijuana.

There are different forms of marijuana. They can be in the form of:

Edibles could either be made at home or commercially for dispensaries.

In the forms of edibles that are made at home, the psychoactive components, mostly THC are extracted into oil or butter form then used in cooking the edibles or spread directly onto food.

Commercially, gummies are the most common edibles followed by lozenges and beverages.

Though consuming cannabis in an edible form is a pretty easy method of consumption, one needs to be aware of its potential side effects. In the next section we will discuss some of these risks.

The Negative Effects of Consuming Edibles

The negative effects of consuming edibles could be either short term or long term. Some effects clock in at being really mild while others are severe and can lead to dire consequences. Let us discuss each in detail:

Long-Lasting Effects: When edibles are consumed, their effect on the body is much more long lasting than when one smokes. This is because the weed has to go through the digestion process, which could take as long as 4 hours or even more. Other factors that determine how long the effects will last are the amount taken, when one last ate, other drugs or alcohol taken and the type pf weed consumed.

Unknown Potency: It is almost impossible to determine how much cannabis an edible contains. The quality assurance and other regulations that exist with other form of marijuana ae lacking because edibles are mostly informal and prepared without testing or formulation.

What this means is that you are very likely to consume more THC than you meant to simply because your edible had no label, or that the labelling was incorrect.

Delayed Onset and High Potential for Overdose: Anecdotes abound of people who consumed an edible, got convinced it had no effect and later got hit like a ton of bricks. While smoking marijuana will almost always give you an instant high, the effects of consuming an edible will hit you 30 minutes to 2 hours after you consume it. The delay could cause you to consume even more believing t to have no effect, leading to an “overdose. You might also be tempted to go on with your daily activities and put yourself and other sin danger when the high finally hits.

Cases of overdosing on edibles, though not common could actually land you in the ER, especially if you have pre-existing conditions.

Consuming highly potent edibles is often associated with more adverse effects than smoking equally potent cannabis. According Dr Nora Volkow who is the current director of the National Institute of Drug Abuse, edibles can now be linked to “medical complications that we never knew were associated with marijuana”. Some reported symptoms that have been reported after consumption of weed edibles are:

Increased Likelihood To Cause Harm

As mentioned earlier, the delated onset and uncertainty of the potency could lead to adverse effects. These effects could either be on the consumer himself, who could “lose it” due to the overdose and become violent of by pitting others in harm’s way.

Several minor incidents stemming from overconsumption of marijuana especially in edibles have been reported. It would seem that one temporarily becomes unaware of their actions at the point when an excessive high hits.

These individuals at this time might either harm themselves or hurt others, actions they would never do when sober.

How To Mitigate The Side- Effects of Cannabis

The negative effects of weed that include anxiety, hallucination, sedation or nausea are usually referred to as “greening out”. This is not a fatal situation, although it is also certainly one you will enjoy experiencing. If you have consumed too many edibles, here are a few tricks you can use to stave off the effects: To begin with, the cardinal rule is always to consume edibles in the company of your friends. At minimum, ensure that you are in a safe environment. When all is said and done, marijuana is still intoxicating and should be taken within safe parameters. Here’s what you can do for each individual symptom:

Dry Mouth: You can keep a glass of water handy and keep sipping on it periodically to moisten your mouth if you are experiencing cottonmouth. This should help greatly.

Dry Eyes- Blood shot eyes can be a great embarrassment and a dead give-away. If your eyes are blood shot, the application of some eye drops could moisturize them and clear them.

Anxiety and Paranoia- Because anxiety and paranoia are caused by high doses of THC, ensure that you always stick to a low dose. What this means while consuming edibles is that you take small amounts, wait for the effects to fully manifest before you take a little more.

Sedation/Fatigue- As mentioned earlier, you should always consume edibles while I the company of friends. This way, if anything adverse happens to you, they can always help you out and get you home safe.

Also, make sure you are at a place you find comfortable and where you do not mind passing out. Do not drive to a location where you will consume edibles if you do not know how you will get back home.

Final Thoughts on Cannabis Edibles and Their Side Effects

Edibles are a lot of fun. Not only are they tasty, they are also enjoyable to partake of. Edibles can be used both for medical patients as well as for recreational users. Whatever your reason for partaking in edibles, always remember to consume them in moderation.

As long as you are consuming your edibles responsibly, there is no reason why you should not knock yourself out. Quite literally.