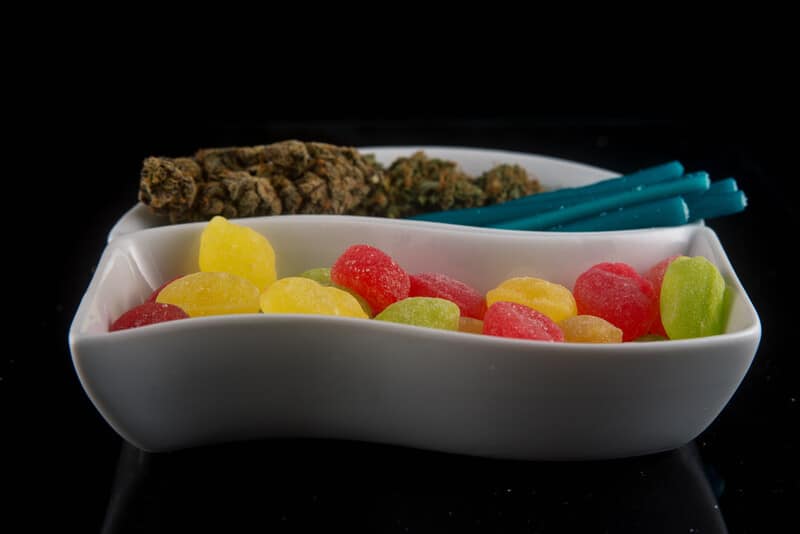 Why Are Weed Gummies So Popular

Do you want to know why weed gummies are so popular today? You'll always come across several advertisements relating to weed gummies, meaning it's natural for you to get curious. So, can you get any benefits from weed gummies? If yes, which benefits do these cannabis edibles offer?

Worry no more! This article will answer all your questions.

Here, cannabidiol/CBD refers to the hemp product. However, you don't have to get worried about hemp. Yes, hemp and marijuana come from one family tree, but each has a unique nature.

Cannabinoids come with several benefits for the human body. After all, cannabinoids/CBD forms the ECS or Endocannabinoid System's primary component. ECS enhances many body functions such as emotion, sleeping cycle, digestive system, pain nerve, and inflammation.

ECS supports several body functions since it plays a pivotal role in giving the body the required homeostasis mode and balancing it.

Why Are Weed Gummies So Popular?

So, how have cannabis gummies managed to stand out from the ingestible?

Weed gummies have managed to stand out because of receiving several referrals from various celebrities.

For example, Mandy Moore publically reported that she managed to reduce the pain of wearing high heels using CBD oil.

Seth Rogen is another celebrity who publicly recommends cannabis as prevention for Alzheimer's. He passionately raised his congress issues relating to the Alzheimer's research state and why using marijuana might be a long-term solution.

Whoopi Goldberg also supports weed gummies consumption. She is a cannabinoid consumer and an outspoken advocate. According to her statement, she treats glaucoma, pain, and stress by using vape pens.

Because of this passion, Whoopi Goldberg and Maya Elisabeth recently partnered and founded Maya and Whoopi, a shop that sells weed gummies.

Moreover, Tommy Chong endorses weed gummies following his experiences with cannabis. As per his statement, he managed to recover from prostate cancer because of using CBD oil.

As per Derek Espinoza, the Baked Bros edibles' creative director, weed gummies have a deep, medicinal history. Several advertisements show a weed gummy to be a stimulating and healthy product.  However, children cannot purchase cannabis because they have an age limit.

For the edible, weed gummies take the position because they feature the nostalgia of consuming gummies created to take over your taste buds.

Weed gummies are more discreet compared to other CBD forms like pens, ointments, and more. A significant percentage of people using daily medication do so because they value privacy.

These individuals focus on using their painkillers and more medications without creating attention. You're likely to understand this statement well enough if you ever used your medication in public places.

No Restriction On Eating Time

You can eat your gummies anytime, but a couple of cookies or brownies need one to remain in the mood to consume them. Consuming a little candy doesn't require you to be in the mood. Therefore, a weed gummy remains to be an excellent option every time.

Gummies feature fewer calories than cookies, handy candy, or brownies. In general, weed gummies give you a hassle-free method to take your medicine and a hassle-free technique to snack on a particular thing.

The increasingly more marijuana brands in California, Colorado, and Oregon have also made weed gummies stand out from the ingestible.

During 2018's first four months, California recorded the most significant weed gummy boost by supporting 29 weed gummy brands. In 2019, California's support for these gummies increased from 29 to 45, a 55%  expansion.

Ease Of Administration And Great Taste

Besides being safer, weed gummies are also easy to administer. Moreover, the ease to use feature explains why you can use gummies in public areas.

This popularity means it's the right time to become amongst the individuals who will deliver their services to the cannabis industry. Hesitate no more! Enroll in one of the CTU courses today and start earning your cannabis certificate!