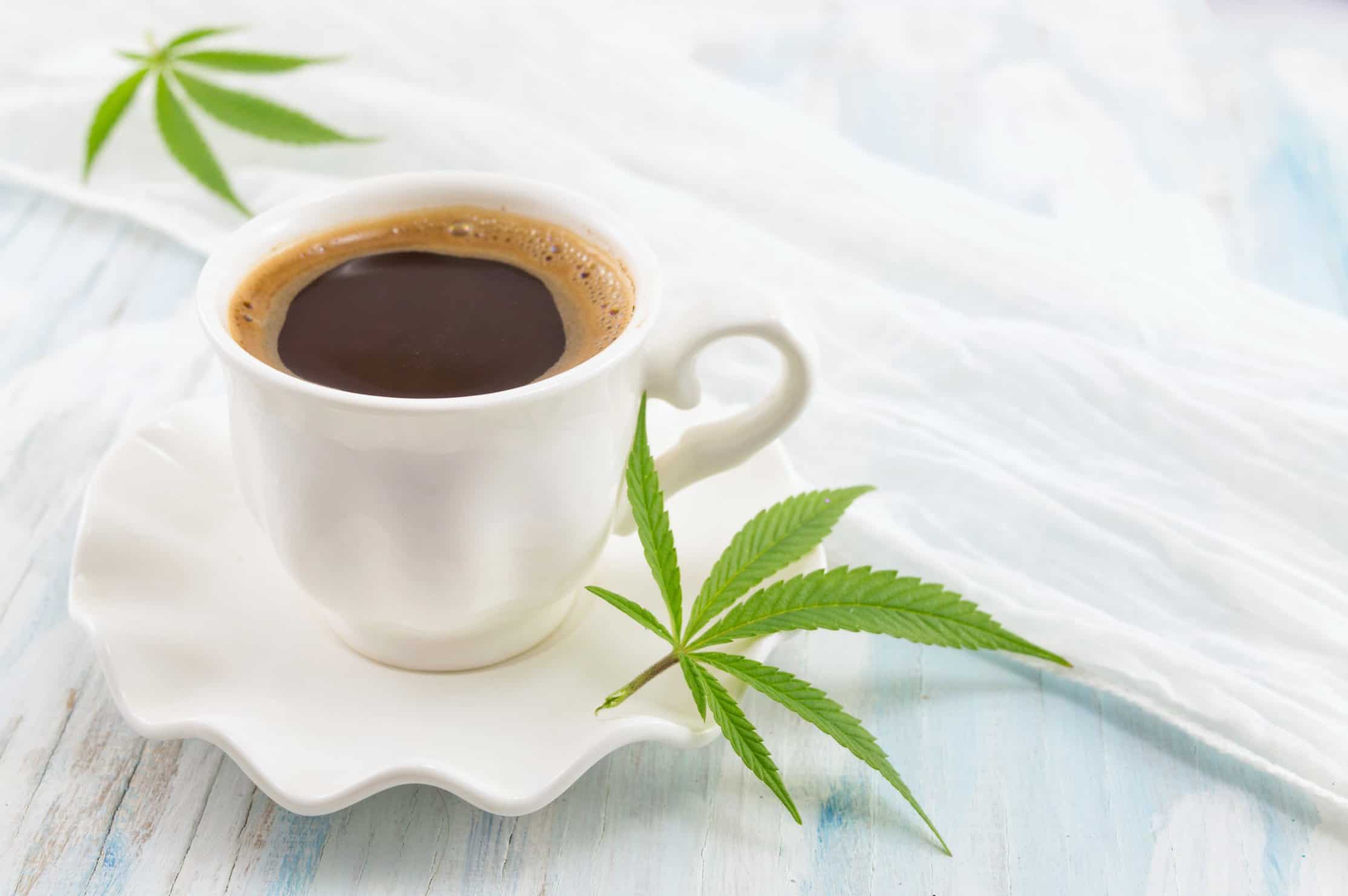 Cannabis and coffee have always had a close relationship for many users. And this is not all a coincidence either. It is a science that has been discovered. Many stoners will attest to the fact that coffee helps their cannabis high and adds flavor to their experience. Let us look closely at this combination to see if this is really true or not. Let us see why these stoners vouch for the delight of this combination. But, first let us see what each of them does when consumed separately.

Many people drink coffee to start their day and get that caffeine high that allows them to get through their morning. Coffee has increased in popularity for that same reason, especially among people who have to get up early in the morning for work. So, it shouldn’t be a surprise that coffee tends to reduce the adenosine flow to your brain. Adenosine is a chemical compound in the body that helps to relax you and bring on sleep.

Caffeine helps to block the receptors from getting the adenosine. On the other hand, cannabis works in the opposite way. It is used both medically and recreationally. It alters the chemistry of the brain much more than the coffee does. Consequently, it works to sustain effects that are more noticeable. Having coffee for breakfast has a different effect than cannabis high.

Why? Well, the cannabis or cannabis has cannabinoids that are similar to endocannabinoids found in the nervous system and the brain. What does this mean? It means that cannabis binds onto the receptor sites and this causes cannabis high sensations to be enhanced. The user’s feeling, thoughts and imagination will be amplified as a result. So what happens when coffee and cannabis is combined?

Many people are not aware that both coffee and cannabis work in different ways, but together they work to make the user feel better. Some people think that mixing the two would not be good for them. The coffee acts as stimulant and the cannabis high (depending on the cannabis strain used) will relax the user.

Some individuals believe that when you combine both coffee and cannabis, it will make your heart beat faster. NO, it won’t. The cannabis high relaxes the heart while the caffeine speeds it up and so one of them counteracts the other to even out the results.

A study done in 2014 was able to look at the correlation of the combined two substances and found the conclusion to be interesting. The study was done to see the effect of caffeine and how it increased the will of the user to consume THC for cannabis high. Monkeys were given THC after they consumed coffee. The monkeys or test subjects initially consumed less THC and then upon consuming more coffee, they were given higher doses of THC. The results showed correlation, but no causation between the user’s will to consume THC and coffee. However, since this was not a human test subject, the research is inconclusive to whether coffee adss to the cannabis high.

One thing to note is that the effect will vary from one person to the other. Not everyone consumes cannabis the same way and not everyone feels the same cannabis high as others do. There are some people that have different reactions to cannabis high and their body chemistry might also be different, which plays an integral part to the end results or effect. Some people have different tolerance levels and there are others that are unable to consume a lot. The level of THC is also an important factor as some individuals are unable to tolerate certain cannabis high. In any event, cannabis and coffee can be combined without any other effect, but to make you feel good.