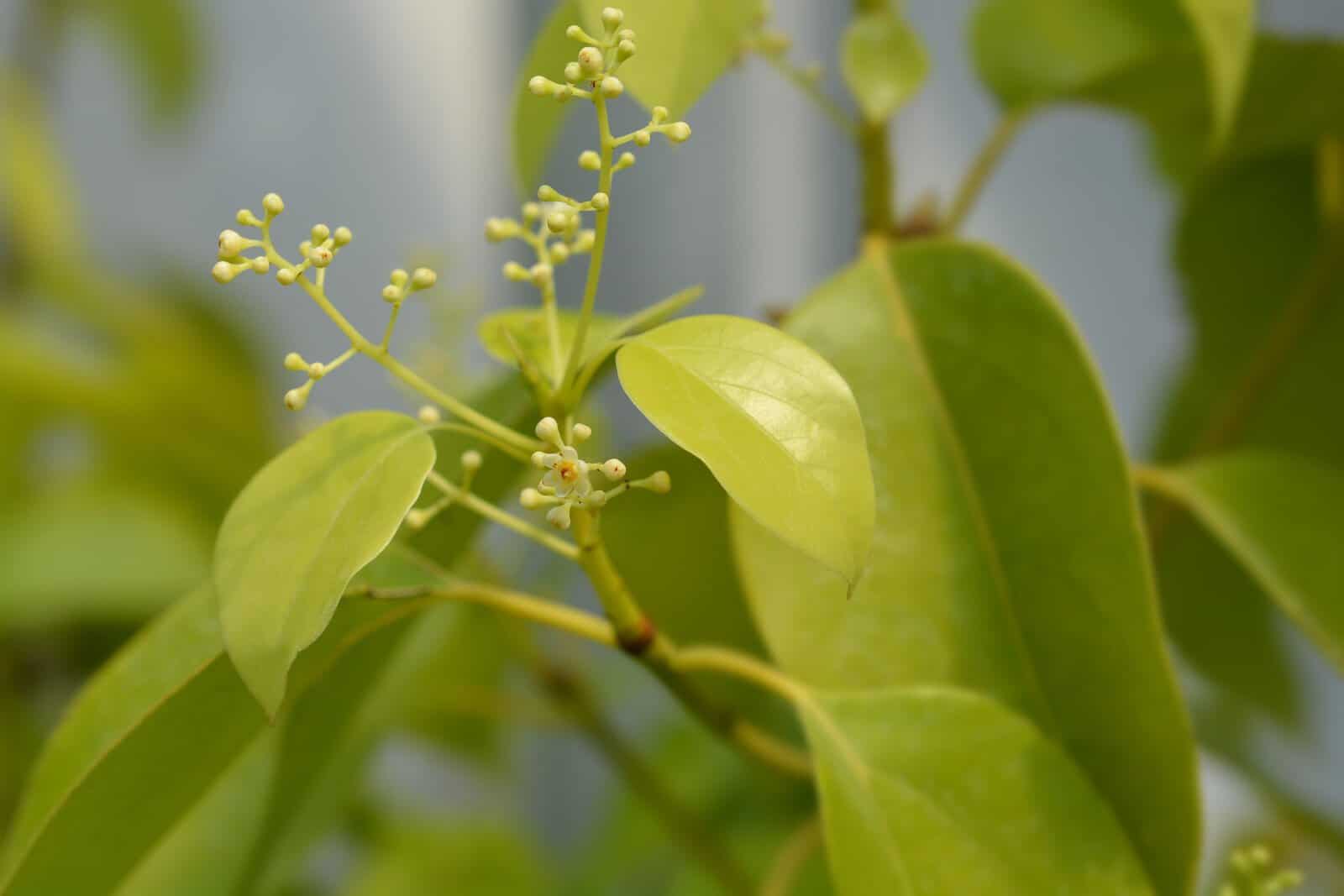 Cannabis terpenes are slowly but surely becoming a necessity among cannabis users. No longer are they only looking for the highest THC or CBD potency. Consumers are starting to understand the health benefits of terpenes and the entourage effect.

Researchers have identified over 400 different terpenes in the cannabis plant, some more common than others. In this terpene guide, we provide an in-depth look into the borneol terpene, a minor terpene, and its aroma, taste, effects, and therapeutic benefits.

Borneol terpene is a bicyclic monoterpene that has been used for thousands of years in Chinese herbal medicine to treat inflammation, pain, and respiratory conditions. It is also commonly used in natural insect repellents and by the fragrance industry to create colognes and perfumes.

Borneol used to be commonly harvested by tapping the tree trunk of dryobalanops aromatica, also known as the camphor tree, then re-condensed into a clear substance. Modern borneol production uses turpentine oil or camphor and then crushed into a powder to use topically.

Borneol can be naturally extracted from the essential oil of various plants. This terpene can be found in the following natural sources:

Borneol is known for its woody, spicy, and earthy aroma. Expect an herbal balsam smell, similar to menthol or camphor. Its earthy and minty aroma can add complex notes to any strain. Borneol’s scent has been used to repel insects and parasites.

The results suggest that it “strongly potentiates SeC-induced apoptosis in cancer cells by enhancement of cellular uptake.” Essentially, the terpene may increase the effects of chemotherapy drugs and kill off cancer cells.

In Chinese herbal medicine, this terpene has been known to treat cardiovascular disease, but it may also help out thrombosis patients. Alongside edaravone, an intravenous stroke medication, borneol may decrease the risk of blood clots. A 2014 study on rats found that borneol could help reduce ischemic stroke damage in stroke patients.

Borneol has also been used to relieve aching muscles and joints. In a study on pain relief, the study’s results suggest that topical borneol was more effective than a placebo. Borneol may be useful as more than just a flavoring substance. It may help reduce pain.

A study on mice oral fibroblasts used borneol as a penetration enhancer for a formula used to treat oral submucous fibrosis. The results show that borneol has anti-fibrosis activity and works by inhibiting fibroblast mitosis, collagen, and TIMP-1 production.

A study on Salvia macrochlamys and Salvia recognita essential oils identified its main components: camphor, borneol, and 1,8-cineole. These were studied for their antimicrobial, antimalarial, and antifungal activities.

In traditional Chinese medicine, borneol is known as an “upper guiding drug,” which can direct other components to the affected areas in the upper part of the body and the brain. In one study on improving the blood-brain barrier distribution, borneol was shown to enhance the blood-brain barrier permeability in rats and improve the delivery of kaempferol, a flavonoid antioxidant, to the brain.

Borneol naturally occurs in many plants and herbs, including camphor, mint, and rosemary. It can also be found in several cannabis strains, particularly Haze strains. Here are a few popular strains to consider if you want to experience the effects of borneol:

While the research on cannabinoids and terpenes is limited, new studies are showing promising results. If you want to stay up-to-date with the latest cannabis research, learn how to grow cannabis plants, and more, enroll in Cannabis Training University's online marijuana training program. Enroll today!