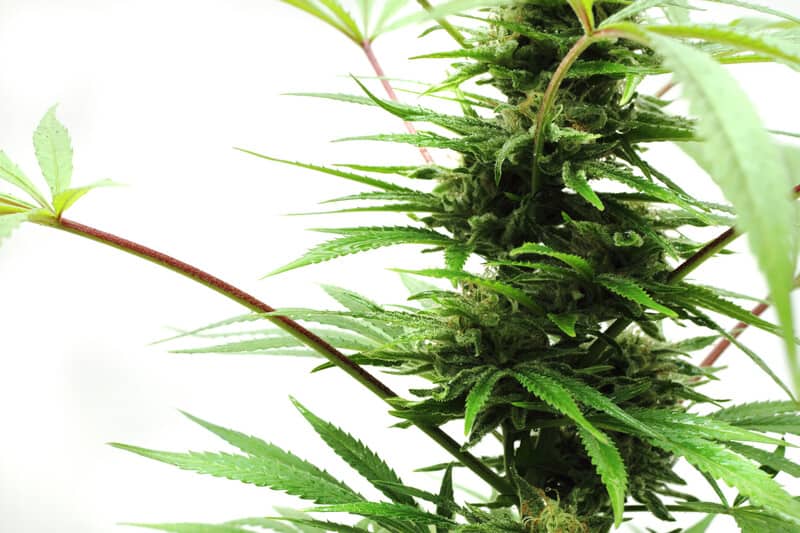 Cannabis Albinism And Its Effect

Cannabis albinism affects a wide range of plants and this does include cannabis. Plants with albinism are distinguished by its fractional loss of chlorophyll, which is the pigment that gives plants that green color. It is also distinguished by pigments that are yellow and red in color. When a plant lacks chlorophyll, it also affects how the plant photosynthesizes and this lessens its chances of surviving.

Although not very common, cannabis albinism does happen. The primary feature of the plants with cannabis albinism is of a snow white color because the chlorophyll has been somewhat heavily diminished. Sometimes, the cannabis plant is fully albino and sometimes, it is albino in only specific parts of the plant such as the leaves, buds or branches.

The New York White cannabis strain is debatably one of the most popular stories of cannabis albinism. This strain has been rumored to have its origin from the city of New York's underground sewage system. Experts say that this strain started to grow as an albino cannabis in the underground sewers, sprouting from seeds that were flushed down a toilet in a home that was busted for drugs.

The seeds mutated over a period of time because of the deficiency in light in the underground sewage system. The growth sneaked into the sewage system and created a harvest that was of high potency, featuring snow white colored buds and that is why it got the name “New York White” strain.

This might be a nice story; it is not evident that it is all true. Cannabis plants do not survive naturally without having the appropriate nutrients and light. However, the story seems to be a fun way of representing cannabis legend.

The Cause of Cannabis Albinism

You may be wondering – What causes cannabis albinism? Well, though, this phenomenon is quite rare, many people have been able to observe it in plants around the world.

There may be two reasons for cannabis albinism. It could be a genetic irregularity where the cannabis plant has a recessive characteristic of its genes. This will make the cannabis plant appear weaker than normal because of its inability to photosynthesize due to the lack of chlorophyll. Some plants are not fully albino, but specific parts may be and you can visible see the white characteristics of those parts while the other parts are growing quite normally.

The Albino Redwood is a plant that is able to survive, even though it lacks chlorophyll, but cannabis plants have not shown this trait and if the plants with cannabis albinism are not given the appropriate care, they will soon die.

Another major cause for cannabis albinism is from factors in the environment, especially exposure to light. It will have an effect on parts of the plant that are grown indoors, especially those that are close in proximity to a grow light.

You will hardly find this happening to outdoor cannabis plants. When the plant is overly exposed to light, it will ultimately damage the chlorophyll. If you notice cannabis albinism due to light bleaching you could save the plants by using more nutrients and adjust the light.

The Effect of Having Albinism

Because of the central importance that chlorophyll has when it comes to the photosynthesis process, the cannabis plant that has albino characteristics will have to put more effort out turning light into energy. For that reason, your plant might grow slower and you might see smaller yields.