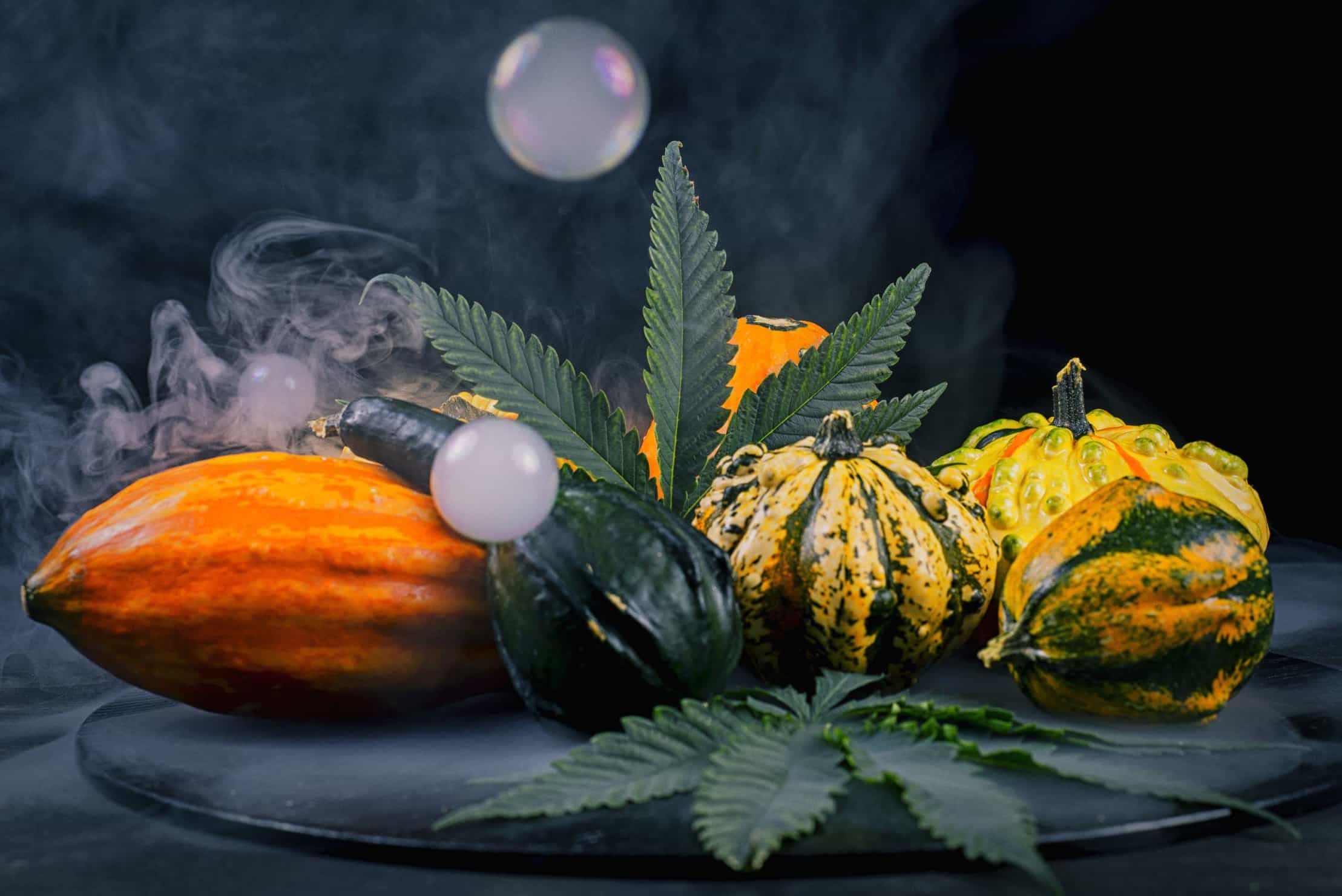 Amazing Guide to How To Grow Cannabis in Autumn

As temps drop and days become shorter, growers start wondering how to grow cannabis in autumn. Growing cannabis outdoors usually entails starting plants during the spring months and harvesting them in the fall. As the days lengthen during spring and peak during the summer solstice, cannabis grows steadily in the vegetative phase of its life.

Plants continue to put on size through most of the summer, and when shorter days and cooler weather begin to take hold in late summer and early autumn, the plants reveal their sex and the females begin to flower, gaining fat, sticky buds until late September or October when most growers harvest their crops and cure them. This is the standard way to grow cannabis outdoors in warmer temperate climes and is still the manner in which most outdoor cannabis is grown today.

Indoor growers don’t face the restrictions of outdoor growers because they create artificial environments for their plants and grow throughout the year. While indoor growers can reap the benefits of multiple harvests during each year, their outdoor counterpart have a more limited opportunity to reap the rewards of Mother Nature’s bounty.

By using unconventional cultivation practices, however, the outdoor grower can still harness natural solar energy and enjoy a second harvest well into autumn. For those cultivators who desire a second crop—or possibly even a third—there are methods to employ to accomplish this goal.

While the plants grown during autumn may not be as robust as those started in spring and harvested in late September, a significant amount of prime flower can be grown and harvested well past the time when most outdoor growers have packed up their equipment and called it a year.

Let’s examine some of the ways to enjoy a cannabis grow during autumn as well as ways to benefit from multiple harvests.

How to Grow Cannabis in Autumn With Autoflower Strains

With the wide availability of autoflowering strains these days, an autumn harvest is not that difficult to pull off. Feminized autoflowering plants grown from seed provide even more certainty for success. These cultivars will usually grow from seed to harvest in approximately three months, sometimes less.

In warmer areas of the United States, a grower who plants autoflowering strains outdoors during March, in early spring, will harvest in June. Starting a second grow during June will result in a second harvest in August, and starting a third grow in August will result in an autumn grow that’s ready to come down in late October or early November.

Staggering the autoflowering grows so that the second grow gets its start two weeks before the first one gets harvested and the third one starts two weeks before the second one gets harvested will go one step further in guaranteeing a succession of sufficiently large crops. Employing this method of growing three autoflowering crops per year will increase yield dramatically.

The second harvest will most likely be the largest because of the ideal climate during those months, but the first and third grows should be quite successful as well. Your third harvest will do best if allowed to finish in the warmer, protective confines of a greenhouse. In some areas of the country, this will prove mandatory.

Some autoflowering strains finish sooner than others, so plan your grow carefully. Since all autoflowering strains were created by crossing various Cannabis indica, C. sativa, and hybrid strains with C. ruderalis, skilled breeders have already tricked Mother Nature into an abbreviated and more defined growing season.

With a little bit of additional ingenuity on your part as far as autoflowering strain selection and the timing of your grows go, you can greatly boost your harvest weight and extend your growing season on both ends, finishing during late fall. If growing outdoors in your area is not possible in March, you may have to start your first grow under lights before moving it outdoors when weather warms sufficiently.

How to Grow Cannabis in Autumn Utilizing a Greenhouse

Employing the use of a greenhouse is another way to increase your yield and extend your growing season. To accomplish this goal, you can grow normal seed (not autoflowering) in two harvests. Since weather can be rather cool in early spring and autumn, the benefits of the greenhouse will be particularly relevant at these times.

By starting your first grow either indoors under lights or in the greenhouse in March when weather can still be quite brisk, your plants can all grow under natural light cycles and attain an impressive size when they begin to flower in mid to late summer.

When temperatures rise in April, you can transfer plants started in the greenhouse or indoors to an outdoor location to soak up their full dose of natural solar radiation from the sun. From this stage on, the plants will grow in the same location and conditions as any typical outdoor grow, but plant size will be larger and the yield will be greater. These plants will be ready to harvest in late September or during October, depending on the particular strain grown.

To accomplish a second harvest, you will begin your second grow indoors under grow lights during summer. Meanwhile, your first grow is thriving in the warm weather outside or in the protective environment of your greenhouse. The indoor plants will grow indoors in vegetative mode (18 hours of light to 6 hours of darkness) until your outdoor grow is well into flower, a few weeks from harvest.

As the first grow reaches maturity, transfer your second grow’s indoor plants from under the grow lights to the outdoors or greenhouse. The plants already growing outdoors are flowering naturally, so the shorter days at this time of year will induce your second grow to begin flowering, too. The timing of the second harvest will be significantly later because the first grow was started weeks before and is already in its final stretch before harvest.

You may wish to use feminized seed for the second grow as a safety measure to eliminate the risk of a male plant quickly producing pollen and producing seed to both the first grow and the second. Under your watchful eye, however, this risk is minimal. If you use normal seed for the second grow, though, monitor the plants closely because they will reveal their sex quite quickly. Not removing any male plants in a timely manner can have obvious devastating effects on your females.

With a little bit of planning there’s no reason you can’t extend your growing season to include the autumn months. Because the weather can get quite cold during the fall, a greenhouse will provide protection and warmth to the plants and allow them to experience robust grow to full maturity. If supplemental heat within the greenhouse is necessary in your area, by all means use it. Just like your lawn, cannabis grows extremely slow in low temperatures, so in order to harvest fat flowers and large plants, adequate heat is necessary.

If supplemental greenhouse heat is difficult to provide, you can manually move your plants indoors every night during the final stage of flowering. This can be a significant amount of work that must be done diligently, but the effort will be worth it. With late harvest practices, your growing period may extend until late October or well into November. The plants must receive several hours of direct sunlight each day during the final stages of the autumn crop.

Even with supplemental greenhouse heat or moving plants indoors, plants grown in autumn will experience cooler temperatures that may cause them to take on pleasing purple or blueish hues. While some plants develop these colors due to their genetics, cool temperatures are a well-known cause of color changes. With a little luck, you may not only grow a respectable harvest of connoisseur-grade cannabis flowers, but flowers that are extraordinarily beautiful as well!

Do you want to learn more about the amazing industry of cannabis? If so, you can start working towards your cannabis career today by signing up at the world's leading online cannabis college.