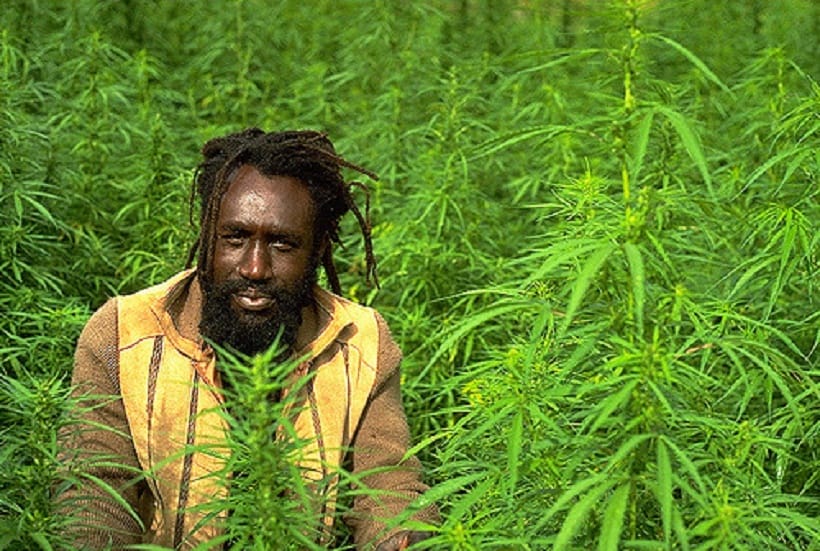 This is the story about a daughter and her dad who was a marijuana grower, but got caught and was imprisoned. The daughter, Corinna Fields was in the second grade at the time she sent a letter to then President Barack Obama about her dad being in prison. In her letter, she detailed all the things that she wished she could do with her dad, if he were to get out of prison. Her wishes were simple. She wanted to play basketball, ride her bike and go to the park with her dad. She drew the pictures of each activity and included it with her letter to the President.

Fortunately for her, it got the President's attention because he granted her that wish by including Corinna's dad in the number of clemency offered to drug offenders. This happened as the President got ready to leave the White House. President Obama commuted or forgave more than 2,000 non-violent drug offenders in the two terms that he was in office. These people were serving harsher sentences than the norm and so was Corinna's father.

The father, Paul, told the press that he had a lot to do to make it up to his daughter and family after spending seven years in prison. At the time of his arrest, Corinna was only five months old. Paul, her father, got caught as a marijuana grower of more than a hundred marijuana plants inside his Tennessee basement. He plead  guilty for cannabis manufacturing and received a fifteen and a half year sentence. One of the reasons for the harsh sentence is that he had prior marijuana possession convictions. In one instance, he was sentenced for being a marijuana grower of several small amounts of the cannabis plant. The courts thought he was a career drug offender and placed him in that category. This permitted the judge to give the maximum sentence.

Paul's wife, Pari stayed by his side throughout the years of imprisonment, even though, she thought that deciding to be an illegal marijuana grower was a foolish and reckless thing to do. However, she was still shocked that Paul received such a harsh sentence. Both Paul and his wife believed that prison sentence by the federal government was only for drug cartels and not a small time marijuana grower like Paul. When questioned about his experience in prison, Paul told the media that there were people he met in prison that had carried out marijuana dealings of thousands of pounds of cannabis on a yearly basis. Paul's whole estimated crop yielded only about five pounds of marijuana. His actions could never compare to the drug cartels.

Paul is aware that he made a stupid mistake and was quick to say this at the time he was applying for clemency. Prior to being caught as a marijuana grower, Paul was a manager at a pizza restaurant. However, his long time passion was to get in the music business. In his downtime, he would drive hundreds of miles to see bands like Grateful Dead. In fact, in 2005, he and his wife, Pari met at a music festival. It was unfortunate that in 2008 after losing his job at the pizza restaurant, this was the time that his wife had gotten pregnant. He had a hard time finding work and decided to become a marijuana grower; just to take care of his soon-to-come baby and wife. He regrets not looking harder and longer for a new job in the pizza business.

Later, Paul learned that one of the groomsman at his wedding had snitched on him to get a lighter sentence from law enforcement. As a result, Paul's house was raided by the feds in October 2009. Of course, at the time, Paul felt betrayed, but today, he holds no grudges. Corinna got her wishes granted by getting her father back. What a nice ending to a sad story? Had Paul applied for a marijuana license and done this legally, the outcome may have been different. If you want to learn more about become a legal marijuana grower, go to the Cannabis Training University.