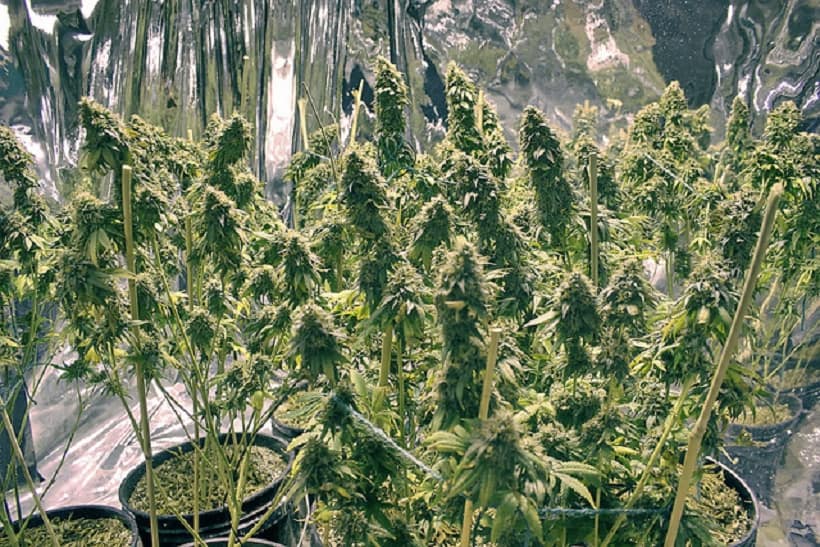 There are some cannabis strains that are labeled ‘vegan.' However, only a few local marijuana dispensaries carry these kinds of cannabis products. Is there are specific reason why? Well, it could be that they are catering to the vegan community. If you are new to cannabis cultivation and you want to find a method of cultivation that considers the vegan lifestyle, then you should read further. It is new and has taken on a life of its own.

Vegan gardening is plant based and takes on two principles; one consist of veganism and the other of organics. The two are hybridized into one cultivation philosophy. In other words, synthetic ingredients and animal byproducts are not used in marijuana growth or cultivation. In fact, these are not sustainable enough to offer the required nutrients to the marijuana plant. It is not as if vegan cultivation has not been around for years. However, in the cannabis community, it is new, but popular. Let's take a closer look.

Veganics or veganism is an agricultural viewpoint taken on by people that do not think highly of chemical additives, animal byproducts or synthetic ingredients. Veganics as it relates to marijuana growth is the utilization of plant-based nutrients and other resources that will protect your crop environmentally. This may include removing the use of chemical pesticides, fertilizers and herbicides from your marijuana growth and cultivation. It also means that you will remove all products that have animal-based additives.

The Factors for Organic Marijuana Growth

It was not until the 1900s did plant-based agriculture made its introduction to the agricultural forefront. Vegetable composting was introduced by pioneers like Maya Bruce in the 1940s. Because of the damage that animal byproducts causes to the soil's health, Rosa O'Brien and her son, Kenneth O'Brien developed a vegan system that growers could adopt.

Kyle Kushman, a master marijuana grower dominated the market with organic marijuana growth techniques since 2009. He adopted plant-based soil known as Bio Terra and has since tweaked it by adding components such as microbial inoculants and humic acid. Kushman has been a marijuana cultivator and cannabis industry pioneer for a while now and came into the industry with the veganic approach in mind. Kushman developed a line of cannabis products that involved plant-based enzymes and microbial inoculants, specifically for veganic marijuana growers.

Cultivating cannabis using the veganic approach is all about developing the soil and feeding it with plant-based resources so that the flavors can be more distinct and result in a healthy harvest. When the animal byproducts and chemical elements are taken out of the equation, your marijuana plant now can get the right nutrients all the time because of the balance in pH level. For successful marijuana growth using the veganic approach, there are different techniques to adopt. Many of these methodologies are applicable to the size and shape of the marijuana garden.

It is easy to get started using the veganic approach. The first thing is to amend the soil using plant-based additives and microbial inoculants. Even though, the organic aspect of the cannabis industry is not regulated, many marijuana growers and dispensary owners are still labeling products as organic. However, make sure that you pay attention to the ingredients on the label. For more information on organic marijuana growth, visit Cannabis Training University, the leading marijuana university today.