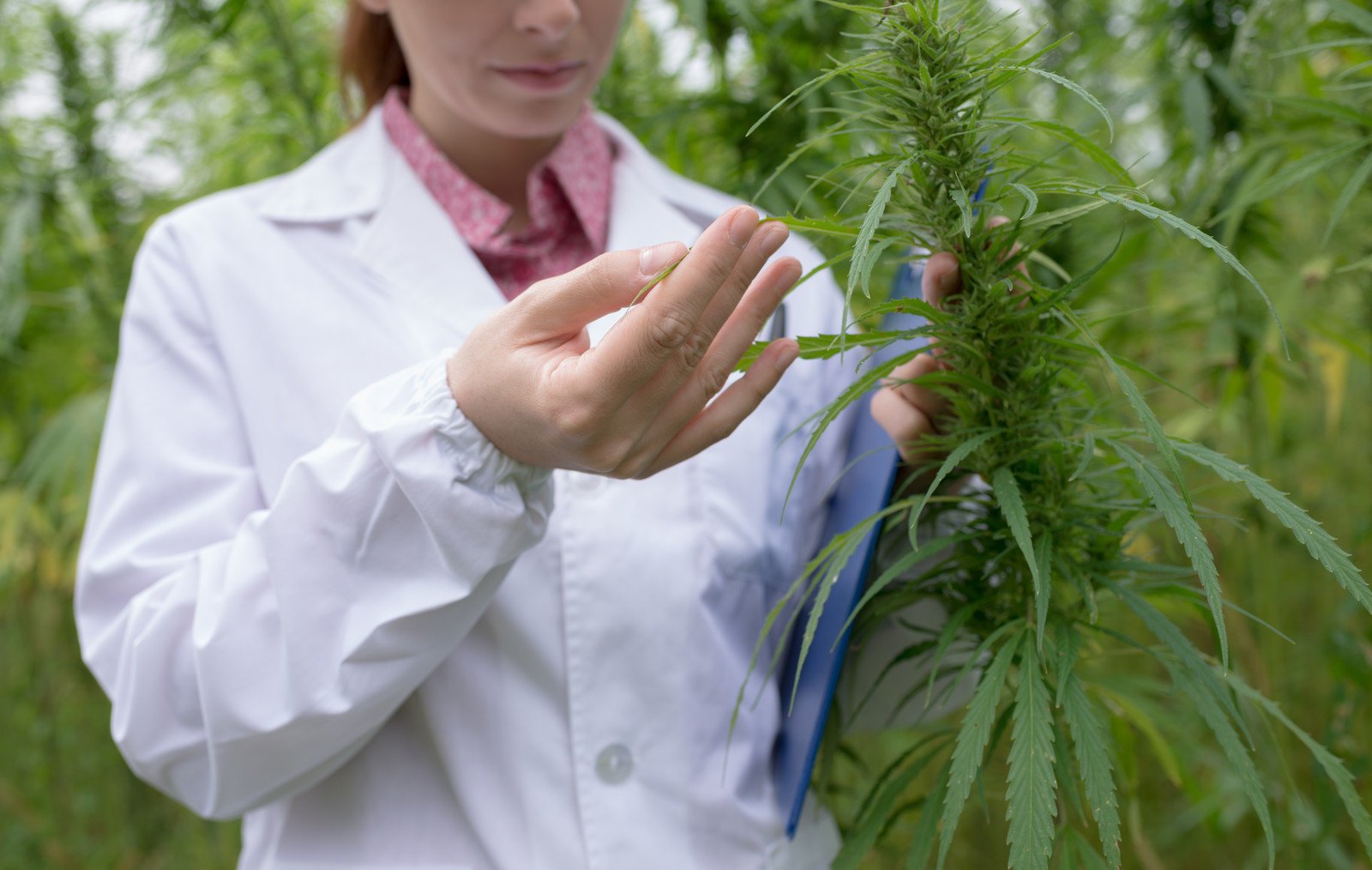 Nearly every segment of the cannabis industry that touches the plant has a need for testing the product, regardless of whether it’s medicinal or recreational. Read further to learn more about how cannabis testing and the results impact your segment of the industry and your particular job.

What tests are relevant? Besides testing for potency—probably the most demanded test result—other tests can provide vital information about cannabis compound profiles, as well as determine the purity of products sold or consumed. Testing for purity will reveal any pesticides, molds, or fungus that may be found in a flower sample.

How Cannabis Producers Test Their Cannabis

Cultivation operations will need to know the potency and purity of their flower before packaging and transporting it for concentrates refinement or sale, and dispensary staffs will require the tetrahydrocannabinol (THC) and cannabidiol (CBD) levels prior to marketing it to the public.

While labeling laws and practices vary by state, listing the amounts of these two cannabinoids is a universal requirement, similar to listing the potency (proof) of hard liquor. Consumers have a need to know the potency of any mind-altering product they buy—for very understandable reasons.

Vertically integrated cannabis companies that cultivate their own product and market it to the public typically require the services of a third-party testing lab. This is not to say that cannabis companies cannot test using their own portable and somewhat pricey equipment. Cultivators, manufacturers, distributors, regulators, and consumers all have a need for the information testing equipment provides.

Depending on individual state regulations regarding testing, needs vary among each individual company. Whether it comes from a professional laboratory or analysis conducted in-house, there is a need and place in the industry for both methods.

Cultivators will want to know test results to determine the potency and purity of their product. The test results will allow them to make vital decisions about continuing or possibly discontinuing a given strain based on industry trends or customer needs. It will also allow them to strategically promote their new and existing strains to provide accurate information to the public.

Consumers and medical cannabis patients can use test results for a range of other purposes. Knowing how a certain cannabis profile makes them feel is extremely important. Based on this information, they can decide if a given strain is meeting their needs or if a strain with a different profile is more appropriate for their desired effect or treating the symptoms of their particular physical ailment.

As the cannabis industry matures and a greater understanding of cannabis continues to emerge, we hear more about the “Entourage Effect.” This refers to the interactions between a broad range of terpenes, cannabinoids, fatty acids, and flavonoids found in the plant. The relationship between these compounds (cannabis contains more than 400 of them) is complex, and understanding them is important and has numerous applications.

Let’s break down the most common cannabinoids—but by no means all of them—that are relevant from a commercial perspective.

This is the most widely known cannabinoid, and it’s largely what drives the recreational cannabis industry. High levels of THC are the most important factor relating to the psychoactive high cannabis enthusiasts seek, whether they are consuming straight flower or concentrates derived from it. THC levels are important to recreational and medical users alike.

Like THC, THCV has a strong psychoactive effect that is thought to be even stronger than THC but lasts about half as long. It induces a euphoric, energetic reaction when consumed and is found in varying amounts in commercial cannabis, largely depending on the particular strain.

THCV has medical applications in the reduction of anxiety and stress, and there are indications that it reduces tremors associated with neurological disorders. It is also recognized as an appetite suppressant and may have applications in treating metabolic disorders such as diabetes.

Second only to THC in recognition and relevance for most cannabis professionals and consumers is CBD—and the importance of this cannabinoid is steadily growing as our understanding of it grows. The impact CBD has on the human body is very important from a medical perspective. It most likely holds the most potential for the treatment of a wide variety of serious physical conditions.

Typically found in only trace amounts in cannabis, CBDC is non-psychoactive, and is several times more effective than CBD in treating anxiety and stress. It is thought to stimulate bone growth and have anti-inflammatory and anti-viral properties.

Found in small quantities in cannabis, Cannabigerol is non-psychoactive and has been found to stimulate brain cell and bone growth. It also shows promise as an anti-bacterial agent and in the treatment of insomnia.

Only mildly psychoactive, CBN is found in trace amounts in cannabis and is thought to occur as a result of THC degradation. It holds promise in the treatment of pain, glaucoma, and insomnia. Among all cannabinoids, CBN is thought to have the most sedative effects, which may also be helpful in the reduction of anxiety in humans.

Terpenes are another vital component of individual cannabis strains, and testing can determine the individual terpenes and their amounts in a flower sample submitted for testing. Terpenes are found in many plants and give these plants their individual aromas and flavors—and we all know the tremendous variety of flavors in cannabis. We owe this variety to the presence of terpenes.

Remember the previously mentioned “entourage effect?” It’s the percentage of certain cannabinoid levels, as well as the presence of certain terpenes that help determine a given strain’s potency. Let’s take a quick look at just a few relevant terpenes in cannabis.

This terpene has soothing and subtle floral and lavender aromas. It is also found in cotton and can be detected in the smell of fresh linen, producing a calming, relaxed feeling. It is known to have anti-anxiety and anti-epileptic effects. Strains known to contain linalool include Lavender and LA Confidential.

The presence of limonene is often detected by its citrusy lemon aroma and flavor. Limonene has an energetic effect producing an upbeat and active quality to strains that contain it, which include Lemon Haze and Lemon Skunk.

The most common terpene found in cannabis, myrcene has an earthy, musky quality. It produces a very relaxing effect and a profound body buzz. Strains that include myrcene include Northern Lights and Granddaddy Purps.

Like its name suggests, pinene has a sweet pine aroma. This terpene is also found in pine needles and rosemary. Pinene shows promise in the treatment of inflammation and asthma. It also promotes alertness and memory. Strains that include pinene include Haze and Jack Herer.

This terpene has a rich, hoppy aroma and is found in coriander and hops. Humulene has anti-inflammatory and anti-bacterial properties and is found in a variety of strains and plants, including sage and black pepper. Cannabis strains known to contain humulene include Gorilla Glue, White Widow, and Sour Diesel.

In addition to its presence in cannabis, beta-caryophyllene is found in many plants, such as Thai basil, cloves, cinnamon leaves, and black pepper. This terpene’s aroma is peppery and spicy. Strains like Bubba Kush and Girl Scout Cookies contain caryophyllene.

Cannabis Testing Is The Future of the Industry

Clearly, cannabis testing serves many purposes and can provide unique insights into the application of certain strains from both a medical and recreational perspective.

Both cultivators and dispensaries will want to know the percentages of THC and CBD since those two cannabinoids drive the industry; however, delving further into other cannabinoid, as well as terpene, levels revealed through testing will allow companies to speak more intelligently and authoritatively about their products. Both customers and supply chain associates will appreciate the additional information!