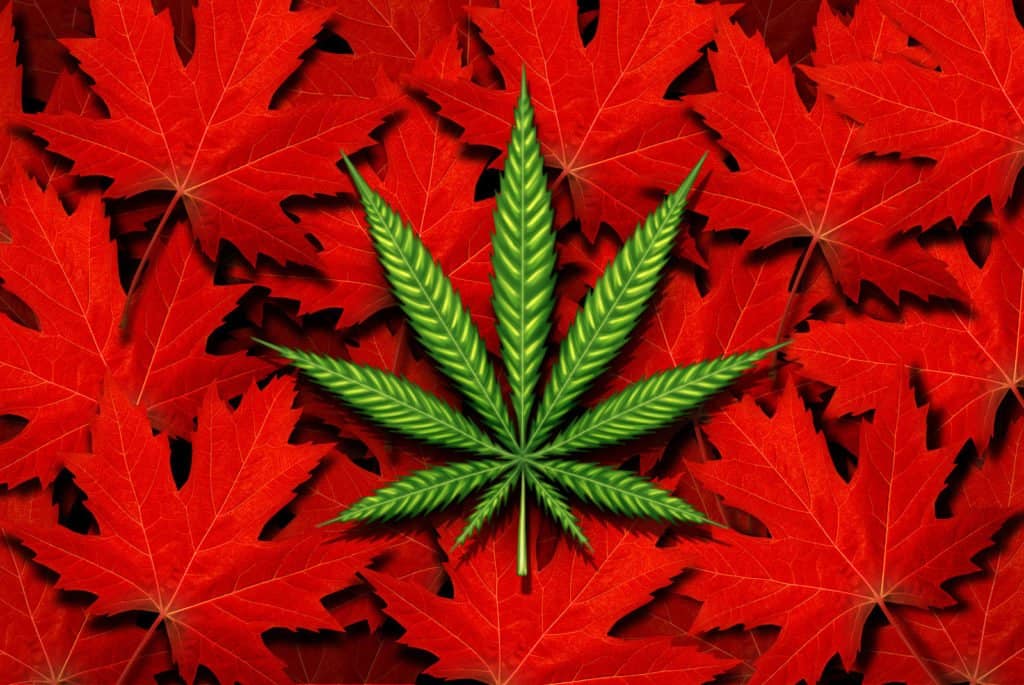 The United States’ neighbor to the North has the most progressive cannabis industry in the world due to the simple fact that cannabis is legal on a national level. In 2018, the Senate of Canada passed Bill C-45 with a vote of 52-29, granting full legalization of recreational cannabis to Canadian citizens in October of that year. After an announcement by Prime Minister Justin Trudeau, the Cannabis Act became law and received royal assent on June 21. This new law officially marked the end of Canada’s 95-year prohibition of marijuana.

Joining Uruguay as the first two countries to fully decriminalize marijuana, Canada’s example is paving the way for an increasing number of other countries that are headed in this direction. Countries most likely to follow suit include Mexico, Colombia, The Netherlands, Jamaica, and the United States. With the legal process now behind them, Canadians have the right to not only consume cannabis legally but to become involved in a number of commercial endeavors and earn a living in their new and rapidly growing industry.

According to Statistics Canada, there were almost 2,400 people employed by 55 licensed marijuana producers in late 2017. The medical cannabis program has been in place legally since 2001, but with the end of prohibition for recreational use, the number of job vacancies in the country’s multibillion-dollar industry expanded rapidly.

Indeed.ca —Canada’s version of the job-posting site—reported that by mid-2017 the number of cannabis jobs on its site tripled. Canadian searches for the terms “marijuana” and “cannabis” was more than four times as large compared to the same date the previous year. Jobs in the sector now run the gamut from budtender and cultivation associates to more specialized roles.

Canada’s rapidly growing cannabis employment opportunities are transforming a number of its smaller cities. For instance, Smith Falls, Ontario, is home to Canopy Growth Corp. headquarters, the first Canadian cannabis company to list on the New York Stock Exchange. Estimated at a $10 billion value, Canopy Growth has opened up 800 jobs in the city of 9,000 people since it started operations five years ago.

As might be expected, most of the initial jobs in Canadian cannabis were cultivation positions, but since then companies have been hiring people with marketing and sales experience as dispensary retail locations continue to open. In a similar situation to what has been happening in the partially legal United States, finding skilled labor to entice away from other industry jobs has posed its share of challenges. The cannabis industries in both countries is dissimilar to most other legal industries, so the skill sets of other industries are not necessarily transferable to the cannabis. No doubt the Canadian industry will continue to go through its share of growing pains as it continues to gather momentum and hit its stride.

There are factors that initially made some Canadians reluctant to take the plunge into legal cannabis, although their country maintains a strong segment of consumers and has for several decades. There were initial concerns that legally employed Canadians in the cannabis industry would experience scrutiny by U.S. immigration and border officials if they tried to cross the border. While some citizens threw caution to the wind and conducted their now-legal business ventures without concern, others remained reluctant to do so until formal policies by the U.S. were established—which is now the case. These concerns were not unwarranted, because some Canadian cannabis investors faced lifetime bans from their neighbor to the north and south. Since then, U.S. Customs and Border Protection updated its policy about cannabis and the border. The CBP now allows Canadian cannabis workers entry into the U.S. as long as their purpose for entering the country is not related to the cannabis industry.

Canadians seeking employment in their country’s cannabis space are experiencing the same challenges faced by those seeking cannabis employment in the U.S. Although the laws vary among provinces just like they do among states, there are some strong similarities between most legal regions. Likewise, many of the skills they need to learn are universal and fairly consistent among cannabis businesses as a whole.

To stand the best chances for getting hired, job-seekers on both sides of the border should receive the training that’s available and specific to this unique industry. This will set them apart from others seeking the same positions. In both countries, skilled workers in cannabis cultivation and retail are two areas of employment that will always be in demand. An online cannabis training program is an outstanding way to earn certification that will provide distinct advantages.

If you are a Canadian citizen, enrolling in e-learning programs provided by institutions like the Cannabis Training University prove that you have committed to putting in the time and effort to gain an education and degree that is specific to the jobs you are applying for—an education that many of your fellow applicants lack. A degree from this Florida cannabis school will stand out on a resume and identify you a desirable employment prospect.  Strongly consider earning The Cannabis Training University Master’s Certificate. Gaining these credentials will demonstrate that you’ve accomplished a high level of learning that is relevant and specific to cannabis employees.

If you were unsure of some of the unique benefits an online cannabis training institute can provide compared to a face-to-face training program, read further. Online courses like those offered by Cannabis Training University’s legit and respected program will not only teach you how to grow cannabis, it provides a solid foundation of knowledge for legal cannabis industries as a whole. Online education and training are now offered by nearly every school or institution of higher learning in the world.

The work can be demanding and the days long. Those without previous experience working in the industry will usually start out in entry-level positions in one of two specific areas: retail and cultivation. Let’s examine these two employment opportunities in more detail.

The most common cannabis job—and the one in the most demand—is the retail budtender. All retail stores have managers, and usually assistant managers and lead budtenders, but most of them started off as general budtenders and then climbed the employment ladder.

These jobs not only require a thorough knowledge of cannabis, but a strong work ethic as well. A job in cannabis retail requires long periods of time standing and providing customer service to dispensary patrons. The cannabis retail environment can be hectic and busy on most days, with lines of people waiting for service—some of them in a hurry and certain of what they want when they stepped through the door. You never know what to expect from a customer and have to adapt to the situation at hand with the same friendly demeanor. That said, for every rude customer there will be several who are genuinely curious about strains and products and who appreciate advice. As an advisor, all budtenders must work at building rapport with customers and becoming a trusted information source.

Good budtenders will not only know the strains, but related products as well so they can cross-sell and up-sell. A thorough knowledge of weight increments and limits on sales is essential knowledge. Budtenders must know all the pipes, bongs, and strains offered for sale, as well as all ancillary products.

The best budtenders are the ones who will become lead budtenders, assistant managers, and managers. Since each retail operation in Canada has policies unique to that location and province, it’s different but somewhat similar progressive ladder to the top rung with no shortcuts. Most of those who have a manager job earned it through hard work. Budtenders reach the management level after proving themselves and being familiar with every aspect of their company’s retail operation, from stocking inventory to learning cash management and point-of-sale (POS) software.

Next in current employment popularity are positions serving the cultivation needs of the cannabis industry. Cultivation work often includes a large amount of physical labor. Depending on the company’s cultivation method, entry-level cultivation employees may find themselves hauling soil or hauling and washing rocks for hydroponic use. General cleanup to ensure tidy grow environments is an ongoing responsibility, as is lightbulb replacement and occasional dusting, plant relocation and evaluation, and other routine taks. The responsibilities may be menial and exhausting, but these jobs involve a level of satisfaction when a new proprietary strain is introduced or a bountiful harvest occurs.

A lead grower position ranks among the most important and lucrative in the entire cannabis space. Many cultivation associates are able to climb through the ranks like budtenders do. Other more specialized areas of cultivation include jobs as harvest specialists, trimmers, as well as people who clone plants and cure flower.

A job in the legal Canadian cannabis industry is a very worthwhile pursuit. There are regular opportunities for advancement for those who are willing to put in the hard work and time necessary to advance their careers, but this is no different from any career job. The best first step for landing a great cannabis position is to receive certification from an online training institution. Armed with this industry-specific education, your will maximize your chances of working for the cannabis company of your choosing. To sign up for the leading Canada cannabis college please go to  www.cannabistraininguniversity.com/enroll-now-canada