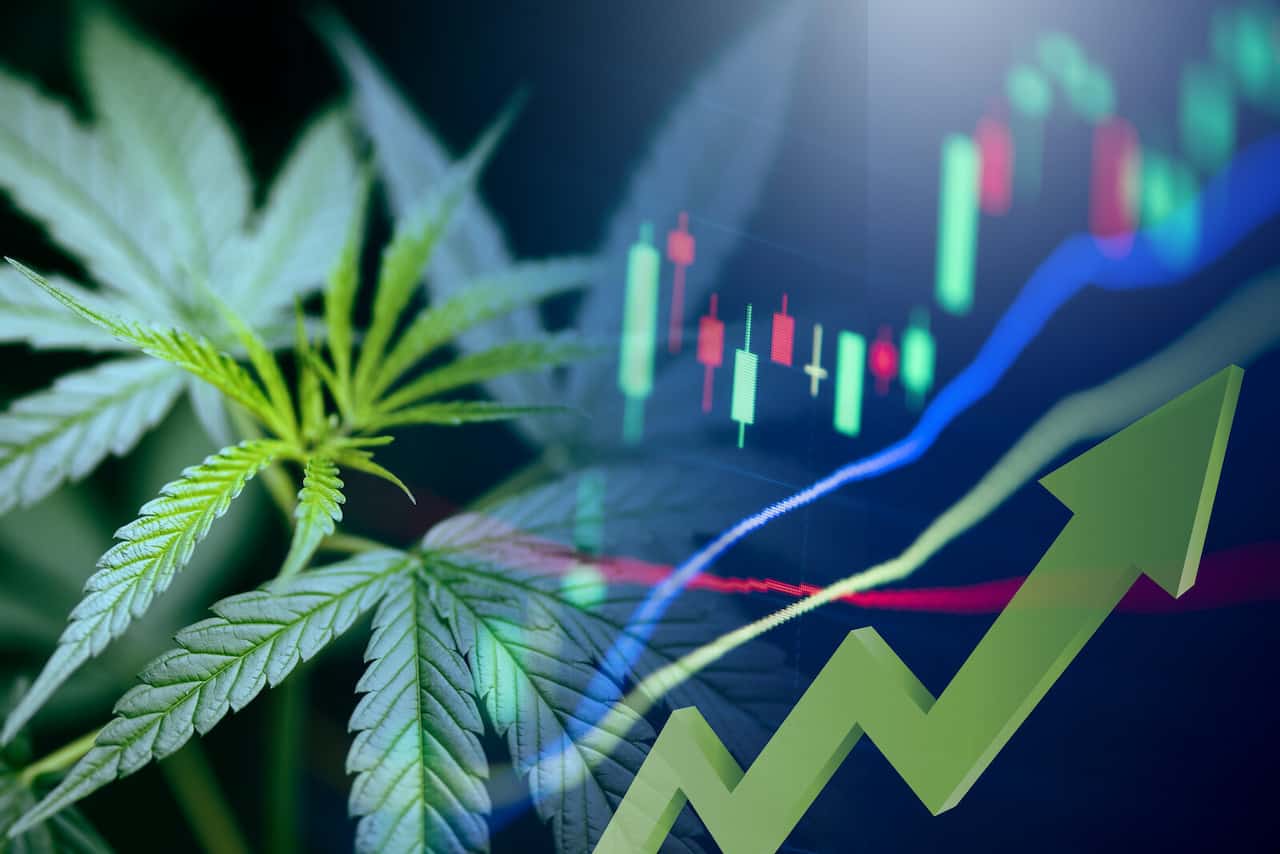 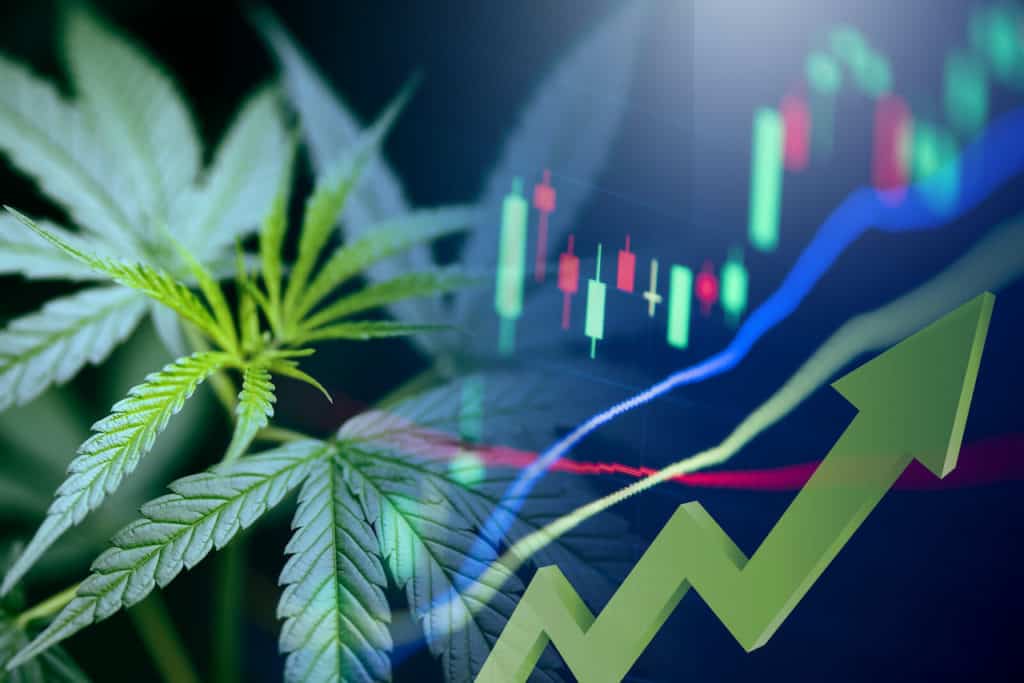 As a relatively new industry, cannabis has undergone some growing pains but it has also seen considerable gains in revenue and share prices on the stock market. There are still plenty of opportunities for those who want to invest in the best marijuanas stocks in 2021.

As cannabis legalization across the country continues to increase, the industry’s size and revenue created are showing financial promise for cannabis investors. If you want to start or expand your cannabis stock portfolio, here are the top marijuana stocks to buy in 2021.

Founded in 2016, Innovative Industrial Properties Inc. is a real estate investment trust (REIT) focused on acquiring, owning, and managing properties for cannabis facilities. The REIT buys and leases back the facilities to medical cannabis companies on a long-term basis. This benefits cannabis companies that need a quick infusion of cash and provides Innovative Industrial Properties with steady and consistent cash flow.

As of July 6, 2021, Industrial Innovative Properties owns 72 properties, with 6.6 million rentable square feet. All of these properties are leased to licensed cannabis operators in 18 markets, including some of the largest cannabis markets in the world. However, cannabis legalization could force the company to compete with traditional financial institutions that would be allowed to lend to cannabis companies.

Needless to say, Curaleaf is one of the leading multi-state operators in the nation. In 2019, it even expanded into Europe with its acquisition of EMMAC Life Sciences Limited, the country’s largest vertically integrated cannabis company. This will expand its presence into key medical markets such as the UK, Germany, Italy, Portugal, and Spain. Curaleaf has also stated that it will focus on expanding operations in recently legal states such as New York and New Jersey.

Founded in 2013, Cresco Labs is one of the biggest vertically integrated multi-state cannabis operators in the country. Chicago-based Cresco is operational in 10 states with 18 production facilities, 44 retail licenses, and 32 operational dispensaries. In fact, it is the fifth-largest public marijuana company in terms of revenue. It has become the leading cannabis retailer in Pennsylvania and Illinois, which legalized cannabis in early 2020.

Cresco Labs has 10 dispensaries in its home state, more than any other retailer. In Pennsylvania, the company increased its cultivation space by fourfold to 88,000 square feet to supply its dispensaries. Cresco Labs also plans to become Ohio and Massachusetts’ leading dispensary operator this year. It has operations in 7 of the 10 most populated states including Florida, Massachusetts, and Ohio.

By focusing on consumer packaged goods alongside its retail operations, the company has become the top wholesale cannabis seller in the country with its cannabis brands being in nearly 1,000 retail stores around the country.

ETFMG Alternative Harvest ETF is an exchange-traded fund run by ETF Managers Group LLC. This ETF funds investments in healthcare, pharmaceuticals, and cannabis cultivation companies alongside other companies in ancillary sectors of the industry. As states continue to legalize cannabis, this ETF is set to keep making strong gains.

Trulieve Cannabis Corp is a leading medical cannabis company based in Florida, the third most populous state in the country. In fact, this vertically integrated company has about 48% of the Florida market and also over 700 SKUs with more being produced regularly. Even more impressive, Trulieve has a 72% customer retention rate in its home state.

In total, the company has 85 dispensaries in Florida and 90 across the country. This multi-state operator is focused on expanding its reach in Connecticut, Massachusetts, Pennsylvania, California, and West Virginia. In 2021 May, the company acquired Harvest House adding several additional states to its network in the northeast, southeast, and southwest hubs. It is on the hunt for more mergers and acquisitions to add to its portfolio.

Canopy Growth has had a rough few months, after losing more than half of its value since the beginning of the year. However, investors are hopeful that all is not lost. In order to reposition itself, Canopy Growth has focused on lowering its production costs and growing its revenue, although it's still not profitable at the moment.

In terms of consumer packaged goods, it’s been focused on creating derivatives such as vapes, edibles, and beverages, which has been helped by its partnership with the U.S. beverage giant Constellation Brands. With Constellation Brands as a partner, it doesn't have to worry as much about capital, just keeping its growth steady and sustainable.

Denver-based GrowGeneration has successfully tapped and retained the cannabis market by being the largest hydroponics supplier in the nation with 55 retail and distribution centers. GrowGeneration added 14 new locations across 12 states in 2020 and predicts to have 60 in 2021 and 100 by 2023.

Its current stores are located in the fastest-growing cannabis markets including California, Michigan, Colorado, and Massachusetts. It is also expanding into New York, Pennsylvania, and Illinois. By carrying thousands of cultivation products including organic nutrients and soils, grow lights, and hydroponics equipment, they are able to cater to both home and commercial growers alike. No wonder GrowGeneration’s share price has grown so much over the past few months.

Canadian-based Tilray is known as the world's largest cannabis company by revenue. However, it is not yet profitable and is growing at a relatively slow pace. Tilray has operations in Canada, the United States, Europe, Australia, and Latin America. Today, it supports 20 brands in over 20 countries.

In May 2021, the company merged with its rival Aphria, which helped improve its overall earnings and share prices. On the European front, Tilray’s medical cannabis operations in Germany have just produced its first crop, which means the company will have increased revenue in the next quarter. In Portugal, its cultivation center is capable of meeting the demand of the EU without paying any tariffs.

Ayr Wellness, a vertically integrated multi-state operator, is one of the value-based cannabis stocks here, available at a budget price and with incredible promise. This multi-state operator recently acquired operations in Florida, Arizona, and Ohio, some of the fastest-growing markets in the nation.

Illinois-based Green Thumb Industries is a retailer and national consumer packaged goods company. It has seen considerable stock price growth over the past few years. Green Thumb Industries has a long line of branded cannabis products. As one of the largest multi-state operators, its aggressive approach has fared well so far.

At the moment, Green Thumb Industries has 97 retail locations, 13 manufacturing facilities,  and operations in 12 states. It is looking toward the future with its acquisition of Dharma Pharmaceuticals in Virginia, which is set to launch its recreational market in 2024. In Virginia, it now holds 20% of the state's licenses to grow cannabis.

As one of the biggest multi-state operators, Columbia Care has 126 facilities in 14 markets and the District of Columbia. Columbia Care in Colorado, one of the largest markets in the world, has 23 existing dispensary locations and 4 with its acquisition of Medicine Man. It also has 150,000 square feet of existing cultivation and production capacity including the 35,000 square feet of Medicine Man capacity. It has 150 acres of outdoor grow capacity.

Abroad, the company announced its entry into the medical marijuana market in West Virginia and has increased its focus in Ohio after acquiring CannAscend with its 4 dispensaries. In June 2020, the company acquired Green Leaf Medical, which has dispensaries in Pennsylvania, Virginia, Maryland, and Ohio.

Jushi Holdings is another smart pot stock pick for investors who want a relatively inexpensive stock with great promise. Jushi Holdings has operations in 7 states, including some limited license markets. Jushi Holdings operations can be found in California, Nevada, Illinois, Virginia, Massachusetts, Pennsylvania, and Ohio.

This company has had tremendous success in Illinois and Pennsylvania, in particular, which have been largely responsible for its strong growth. The company also has plans to acquire operations in Massachusetts, Ohio, Nevada, and California. In July 2021, it acquired Ohio-based grower OhiGrow. In Virginia, the company operates in the medical cannabis market but in 2024, the state will launch its recreational cannabis market.

Verano Holdings went public on the Canadian Securities Exchange in February of this year and has already seen incredible expansion. In total, it has 77 dispensaries in 11 markets with plans to have 85 stores in 14 states by the end of the year. In Florida, it is one of Trulieve’s biggest competitors with 32 dispensaries and 8 more in the works by the end of the year.

Verano Holdings has also been focused in Pennsylvania holding 10 medical use dispensaries and 8 stores to come in the near future. In Illinois, it has 5 dispensaries for medical and adult-use cannabis and 5 for adult-use only. Verano Holdings’ operations can also be found in Maryland, Ohio, Arizona, Nevada, New Jersey, and Massachusetts, all major cannabis markets.

Scotts Miracle-Gro is an international leader in lawn and garden care products, as well as hydroponic grow supplies. With its wide selection of agricultural products, it has been able to tap into the home gardeners and commercial growers markets. Hydroponic supplies, in particular, are seeing big growth across all markets.

In terms of year-over-year growth, it has seen over 30% year-over-year growth in the second quarter of the fiscal year 2021. Cannabis sales in newly legalized states such as Michigan and Oklahoma have helped it experience incredible growth. The company's Hawthorne brand of hydroponic supplies saw an increase of 60% for its fifth quarter straight. Hawthorne has doubled its size over the past three years.

Sundial Growers have been a popular stock on Reddit, providing the company with a large cash infusion for expansion. While it may have limited revenue, Sundial Growers has an enviable position since it has no debt and unrestricted cash balance. In May, the company acquired Inner Spirit Holdings, adding to its retail footprint with 86 locations in Canada.

Sundial Growers also has investments in the edibles company Indiva and increased its ownership in Valens, a cannabis extraction business. Its diversification of services in the industry may pay off. While it is mainly focused on the Alberta Market, its recent acquisitions will help it expand throughout Canada. It is one of the most enticing cannabis stocks in Canada to consider. However, its valuation is a bit high due to its popularity among Reddit investors.

Cannabis stocks in the U.S. and Canada have experienced ups and downs over the past few years, but savvy cannabis investors know when to hold on to their assets, when to buy, and when to sell. Understanding the market as a whole can help cannabis investors make wiser investment decisions for their portfolios.

If you want to get a complete cannabis education and learn how to invest in marijuana stocks, enroll in Cannabis Training University, the world's most renowned marijuana training institutes. Become a Master of Marijuana and understand the industry’s supply chain, challenges, and potential. Enroll today to start growing your stock portfolio tomorrow!