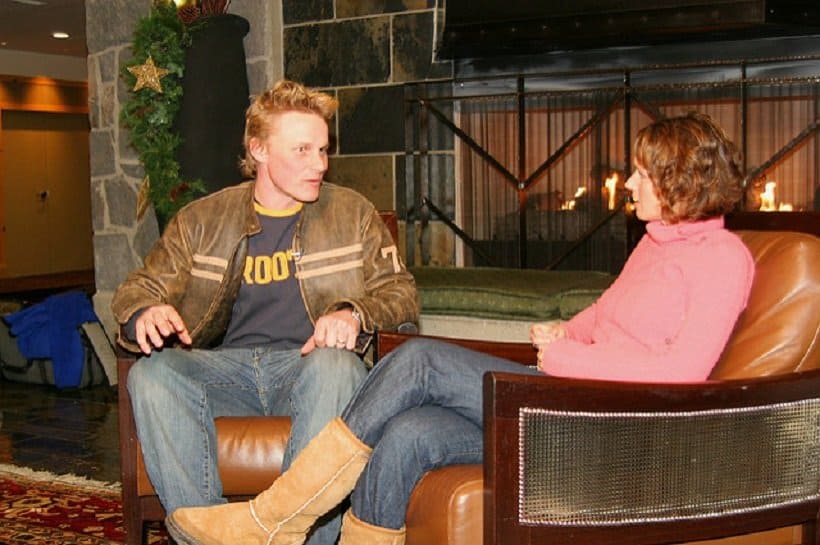 Who is Ross Rebagliati? We will find out in his cannabis interview. However, if you don't already know, he is a professional snowboarder from Canada. In fact, over the years, Ross has earned gold medals for his country at the Olympics. After he won the huge slalom event that took place in 1998 at the Nagano games, Ross was tested and it was discovered that he had a high level of THC in his bloodstream. For that reason, he was disqualified from the games and his medal was automatically taken away from him. This was a controversial decision in the minds of many Canadians and so, through rigorous investigation, his medal was reinstated as THC was not yet on the list of substances being banned at the time.

His gold medal was returned to him after that. Due to his frustration, Ross Rebagliati took action and fought back. He became a marijuana businessman, spokesperson and activist. A cannabis interview was done with him to find out where he stands and how marijuana can be incorporated into one's life for their health and well being.

One of the questions in the cannabis interview is how Ross felt about choosing the best cannabis consumption method. His answer was that he preferred cannabis edibles in the mornings and evenings after a busy day. He uses concentrate vape pens since they are so convenient in specific circumstances. He told the person who was doing the cannabis interview that many individuals think of marijuana as a lethargic drug. However, he considered that each individual does have a choice to either be productive or not to be productive, whether they consume marijuana or not.

Of course, if someone is inexperienced with smoking weed and gets their hands on a strong indica strain, that person will definitely end up sleeping in the sofa. However, veteran cannabis users know better and know how to operate after smoking weed. In addition, veterans know when to consume weed and when not to, putting their priorities first and foremost.

Another question that Ross had to answer in the cannabis interview was whether or not he could speak to marijuana regimen in specific terms as it relates to athletics. His answer was that his regime as it pertains to cannabis consumption is not any different from one day to the next. Ross Rebagliati says he awakes early in the morning around five or six o'clock. He consumes coffee first thing in the morning. He goes to the gym most days after having coffee. Before he goes into the actual gym, he will use his vape pen filled with concentrated cannabis such as shatter or wax. That gives him a sense of focus, purpose and motivation.

After his gym workout, he may have a recreational cannabis smoke, but with a CBD strain to combat inflammation in the muscles. If he has had any injury during the workout such as a rash or cut, he would choose a sativa strain with high THC level to help counteract the pain. If he wants to sleep at night after a busy or stressful day, he will resort to eating cannabis edibles such as chocolate, which puts him to bed in a hour or less.

Another question asked in the cannabis interview is where Ross stores his weed stash when he is snowboarding. He said that over the years, he has made quite a number of times and doesn't settle on one way to carry it. Ross says he makes up to four marijuana joints each day, which is about four grams in total. He pre-rolls them, if he has the time. But, he consumes edibles sometimes when he wakes up to help with his sore muscles. He uses the vape pen during the day because he finds that it is operational while he has his gloves on and while he is snowboarding in high force winds.

Ross Rebagliati is only one of many athletes that consume weed. Some do it in private while others don't care if you know about it or not. Many of them use it for their injuries. Ross feels that if it is done in a legal and respectful manner, nothing is wrong with that. Do you agree with him? Learn more at the Cannabis Training University.