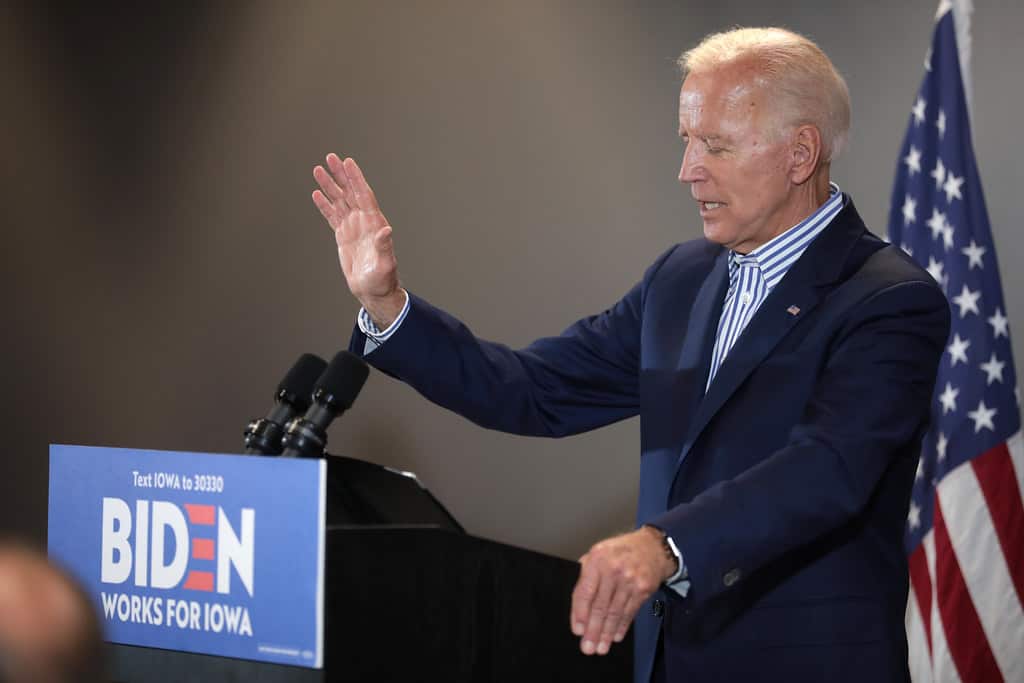 Joe Biden’s decriminalization plan has been received with positivism and skepticism in equal measure. On one end of the spectrum are cannabis enthusiasts who were expecting nothing short of the complete collapse of the Berlin Wall-legalization at its best. On the other end are the realists who understand Biden’s background and his relentless efforts toward the war on drugs. For the latter, any sign of a change of heart was to be received with humility. The latter had the day.

The Democratic presidential nominee and former VP is planning on enacting the least possible changes regarding marijuana at a federal level if elected to office.

Lift Every Voice: The Biden Plan For Black America

Joe Biden together with his campaign team released their policy plan on May 4, 2020, which hinted at decriminalization at a federal level.

The plan that was released a month ago was silent to a large extent about marijuana legalization. However, somewhere toward the end of the document a few cannabis-centric sentiments were revealed.

Biden’s plan states that he is committed to bridging the racial disparity in income by improving the economic mobility of African-Americans. He went further to state that he was committed to strengthening America’s commitment to justice. But the plan merely mentioned decriminalizing marijuana and expunging prior convictions related to the use of marijuana. It discusses ending all incarcerations related to drug use and instead shifting the focus to directing the individuals to drug courts and helping them to seek treatment.

1.  Falls far from the mark

Cataclysmic change in both medicinal and recreational marijuana laws has occurred over the last decade.

Medical marijuana is legal in 33 states, while 11 states and Washington D.C. have legalized adult-use marijuana. This has taken relentless effort from both sides of the divide that has cost money and other resources. Even as the remaining states continue to have discussions to chart the way forward, prohibition at the federal level remains a threat. In spite of all the successes achieved through progressivism, federal agencies will continue to enforce unfair prohibition policies, taking away from the rights and privileges gained through the legalization of cannabis at state levels. As much as this may reduce the arrests, penalties, and incarcerations related to marijuana use, police officers will continue detaining and harassing citizens.

Decriminalization is better than nothing at all, but falls far from the mark and does nothing to address the harms caused by the war on marijuana.

2. Decriminalization does not address accessibility

Decriminalization alone fails to address the issue of marijuana accessibility. It allows for the possession of small amounts of marijuana but doesn't decriminalize the sale of any amount of marijuana. What does this mean?

It's okay to use a little bit of marijuana but not okay to acquire it. Taking a stand on this issue, whatever that is, would have been more palatable for most. But the mixed message in the plan leaves a lot to be desired.

3. Creates confusion; is marijuana a form of treatment or should marijuana use be treated?

As suggested earlier, decriminalization is akin to standing on the fence undecided and not wanting to admit your indecisiveness. Only this matter is one of life and death.

Progressives, including pro cannabis scientists, researchers, and patients, work to show the world that cannabis has therapeutic life-saving benefits. Take Charlotte Figi, whose mother fought against all odds to ensure that her daughter got access to the only drug that could save her from severe seizures. This is just one of numerous patients whose lives have been saved or improved significantly by marijuana.

In Biden’s plan, it appears that the medicinal value of cannabis is completely overlooked. The plan states that individuals using marijuana will be diverted to drug courts and treatment facilities. Does this include individuals using cannabis as a form of treatment? This seems to be an echo of the long-standing war on drugs.

Marijuana is a schedule 1 drug which makes it illegal under federal law. Schedule 1 substances, such as cocaine and marijuana (sic) “are potentially addictive and have no known medicinal value.” If this is the understanding, it is no wonder that Biden’s plan recommends treatment for marijuana as opposed to recommending marijuana as treatment for the many diseases it has been scientifically proven to help. This will likely impact further research into cannabis.

The Black Market is Here to Stay

Joe Biden’ s plan to decriminalize marijuana is a step in the right direction but fails to answer many questions. If users are allowed to possess and use small amounts of marijuana but can't buy or sell it, they will be forced to continue seeking it from the unregulated black market. This means the war on drugs will be very-much alive, and people of color still affected at a greater rate.