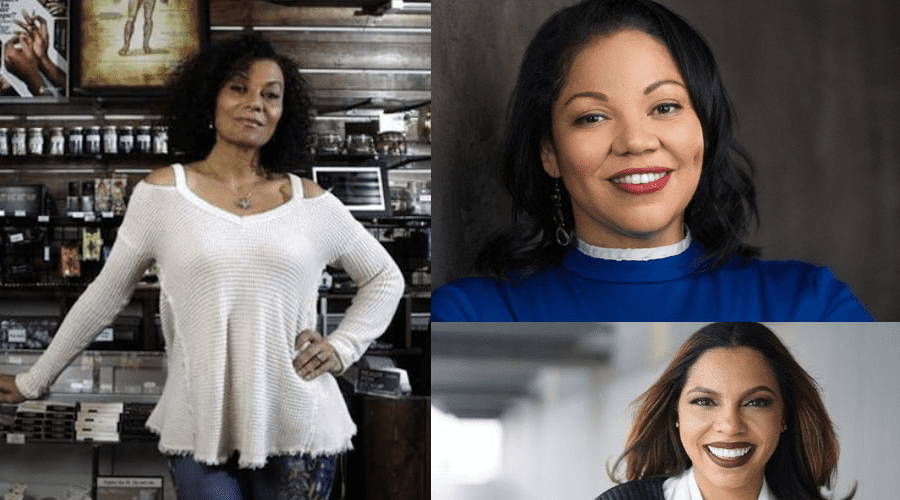 Despite roughly equal usage rates, Black people in the U.S. are nearly four times more likely than whites to be arrested for a cannabis-related offense.

While Black people have been affected most by the War on Drugs, white men have profited most in the legalization of cannabis.

According to a Marijuana Business Daily report from 2017, only 4% of African Americans were owners and founders of cannabis dispensaries. Women of color made up just a little more than 5% of senior roles in the industry.

Companies have stepped in to address social justice in cannabis in various ways when states haven’t, from developing mentorship programs to funding minority start-ups. While some of these efforts are earnest, others are simply a fresh coat of paint on an aging, colonial infrastructure.

In this article, we look at three Black women working to increase social justice in cannabis and empower others:

Wanda James is CEO and co-founder of the first Black-owned legal cannabis dispensary in the U.S., Simply Pure. She previously worked on the National Finance Committee for President Barack Obama and served as a lieutenant in the U.S. Navy.

James leads up her Denver cannabis empire while advocating for equity among underserved communities.

In 2018, James was named one of the 100 Most Influential People in Cannabis by High Times magazine.

Dr. Chanda Macias, CEO of Ilera Holistic Healthcare and Chairwoman of Women Grow, is a pioneer in the cannabis industry. She’s the first Black female entrepreneur in the U.S. to own a multi-state cannabis operation, including grows and retail storefronts.

Her partnership with Southern University to launch the first national CBD brand by a historically Black university brought about the creation of one of two cultivation/processing facilities in Louisiana.

She serves on the Board of Directors for the Minority Cannabis Business Association and Treasurer and Secretary of DC Medical Cannabis Trade Association.

In 2019, she was named one of Forbes’ 15 Powerful and Innovative Women in Cannabis. Prior to her cannabis career, she was a world-renowned biomedical researcher for Colgate-Palmolive.

Maryland native Hope Wiseman became the youngest Black woman to own a U.S. dispensary at 25 when she co-founded Mary and Main in Prince George's County in 2018.

She aims to educate customers about the War on Drugs that disproportionately affects Black communities while also satisfying their needs for medical relief.

After working as a SunTrust equity institutional sales analyst, she started working toward opening a cannabis dispensary with family members in 2014. She's also an active public speaker and business coach.

How You Can Help Address Social Justice in Cannabis

Several business directories have been established to help you support women-  and black-owned businesses.

By voting with your dollar and frequenting businesses that give back to underserved communities, you can ensure your voice is heard.

Getting involved with a nonprofit like Women Grow or the Last Prisoner Project can give you insight into the challenges of underserved communities.

How You Can Join the Cannabis Industry

Sales of legal cannabis in 2020 were 70% greater than 2019 and hiring is increasing to meet demand. The cannabis industry is experiencing tremendous job growth at a rate of more than 40% year-over-year.

Take advantage of the unprecedented growth in jobs and get your start in the industry by enrolling in Cannabis Training University today.