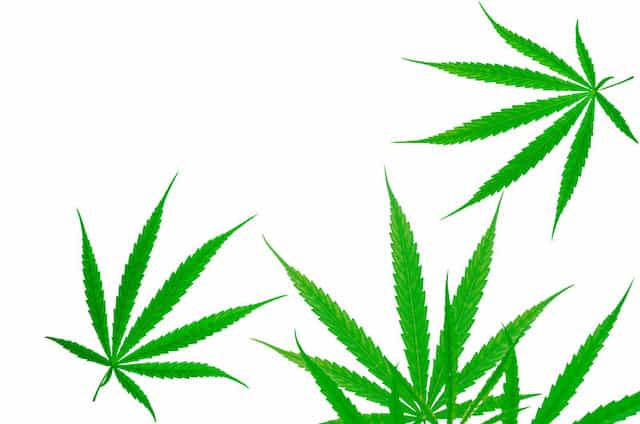 What is Thai Stick Weed?

Cannabis has traveled across the world under many names for hundreds of years before coming to America. It's believed to have originated from Southeast Asia, where it was initially grown, before it's spread to various parts of the world.

Some people from many different parts of the world have known cannabis to be a part of their existence till date — both recreationally and medicinally. Interestingly, many methods of smoking and consuming cannabis have been invented or created over the years.

Some rolled up the dried leaves in wraps, others made pipes from it. Some people who had the technology and training preferred to make cannabutter. Still, in some other cultures or countries, marijuana is consumed in food and other supplements.

After the Vietnam War, American soldiers returned with the naturally appealing plants because they loved the feeling. And since then, Americans have adopted cannabis, making several enticing things we know about cannabis today.

What Is a Thai Stick?

As the name implies, Thai stick weed is originally from Thailand. It is an intense strain of marijuana called landrace. Thai sticks are cannabis cigars containing whole-bud marijuana wrapped in the leaves of the plant. Since its inception, Thai sticks haven't changed in form, content, or shape.

It typically consists of cured cannabis flower skewered along a bamboo stick, wrapped in fan leaves, and tied together with hemp string on the stick.

According to history, they were quite popular in the '60s and '70s. Thai sticks may also be dipped in concentrates, such as opium, or sprinkled with kief to add to the smoking experience. Some famous strains such as Voodoo and Haze came into the limelight following the popularity of Thai sticks.

Although Thai sticks later became less popular in the '80s, they came back in full acceptance following the legalization of marijuana and the activities of several cannabis connoisseurs in America. When smoked, Thai sticks bring about a powerful effect with a citrus aroma, which is one reason why Americans grew very fond of it in the first place.

How to Make Thai Stick Weed?

This might sound like a challenging task for anyone to do, but remember that locals and soldiers made it without any machinery or sophisticated equipment. Therefore, with practice, you can make your classic wraps of Thai sticks in your house. The process may be time-consuming, but it is rather straightforward and easy. Here, we'll go over the process of making Thai sticks and also how to smoke them.

Essentially, you'll need to first skewer the cannabis buds tightly around a bamboo stick in kebab fashion. Next, the buds are wrapped with plant material, and vacuum-sealed to cure. Most people prefer to use the marijuana plant in wrapping theirs, however, you're free to use just fan leaves.

Also, you can coat the skewer with hash oil, or sugar water depending on the level of highness you want to achieve. Initially, opium was used to enhance the psychoactive effect of each wrap. You'll need the following items to make Thai sticks of your own:

Below is a step-by-step guide on how to make your Thai sticks.

How to Smoke Your Thai Stick?

Once your Thai sticks are ready and cured, all you need to do is simply remove them from the fridge and light it up. However, you need to untie the hemp line used to keep the wrap in place and remove the bamboo sticks. This creates a hole in the middle and allows for the free flow of air during smoking. If you do not remove the stick, it will practically be impossible to inhale anything.

Most Thai smokers claim that if rolled properly, it might burn for up to 6 hours! And with a velvet flame. Obviously, Thai sticks are one of the best ways to enjoy cannabis. Perhaps this is why they have transcended time and generations with very little to no alterations or modifications to its original form.

Are Thai Sticks Legal in the United States?

Currently, Thai stick is no longer famous in the US as it was back in the '60s before the passing into law of the Controlled Substances Act (CSA) in the 1970s. After adopting the act, a massive crackdown on the illegal importation of the substance saw its fast but certain exit from the larger American society.

Thankfully, new laws are emerging on the heels of multiple scientific research, many of which support the use of marijuana for both recreational and medicinal purposes. It should also be noted that the majority of these laws differ at state and federal levels. Perhaps, before long, classical cannabis derivatives like Thai sticks will make their way back to the main scene again.

While more research is still ongoing to further understand this gift of nature to mankind, marijuana is already a widely accepted plant in many regions of the world. The government of Thailand, for instance, has approved the use of medical marijuana for medical purposes and research.

Other countries around the world are doing the same — investigating and legalizing the use of marijuana for different purposes. If you live in the US and you're interested in using cannabis, be sure to check out local laws where you are.

To learn more about cannabis and other exciting ways you can put this remarkable plant to beneficial use, simply enroll for a certificate course at the Cannabis Training University to earn a master of cannabis certification. This is particularly useful for marijuana enthusiasts, intending budtenders, and everyone who wishes to learn more about cannabis or grow a career out of it.