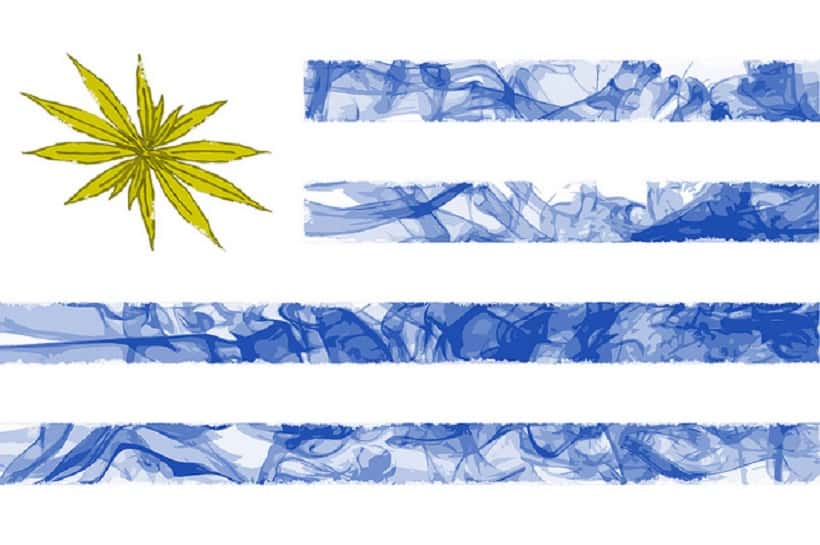 Uruguay marijuana sales are going through the roof as the country legalizes recreational marijuana and opened its doors for sales on July 19, 2017. The residents that want to get on this bandwagon have to register their names with the Uruguay government first prior to buying weed. If you want to buy weed in Uruguay, your fingerprint will be scanned every time you make a purchase. This is to keep in line with quotas in order to avoid overconsumption. Getting high in Uruguay is going to be easier for residents and visitors. You have to go to the pharmacy or what is known in the United States as a medical marijuana dispensary to purchase marijuana.

Marijuana enthusiasts were seen lined up at the Uruguay pharmacies on July 19, 2017, waiting to experience this phenomenon for the first time. Many of them would be buying pot legally for the first time. Customers could be seen sniffing the potent green buds and smiling as they showed their envelopes. While this seems to be turning out good for the country, buyers should know that there still will be limitations to avoid black market marijuana sales.

For that reason, the government has placed restrictions on how much weed people can purchase each week. In addition, the government of Uruguay has set a price below what the black market expects and in doing so; this will undercut the efforts of drug traffickers. The price is about US $13 for 10 grams of weed. 10 grams can make approximately fifteen joints. Uruguay marijuana sales have certain legal restrictions. According to the law, no advertisement is allowed. The law also sets aside part of the proceeds received from commercial marijuana sales in order to pay for public awareness campaigns and addiction treatment for people at risks of overconsumption.

Despite all of the restrictions and limitations, medical cannabis patients love the idea of being able to buy weed for such low prices. When it comes to limitations, the government is only allowing two marijuana strains to be sold in the initial stages of opening up marijuana sales. The THC level is not as high for those stains. In fact, you can expect to buy cannabis stains with 6% of CBD and 2% of THC levels.

Customers brave the freezing temperatures on Wednesday, July 19, 2107 to be in line to buy the authorized cannabis strains. Many of them have been smoking weed illegally for a while on the black market. They are relieved that this no longer has to be the case. For many, this is a major breakthrough for not only the country, but also the residents who smoke pot.  This might reduce the crime associated with illegal possession of marijuana.

According to authorities, marijuana sales will enhance and improve the country's economics. Almost five thousand individuals have been registered in the marijuana program. Most of these people reside in Montevideo. US$9 from the $13 per gram marijuana sales will go to the first two companies that the government has selected to be marijuana cultivators. The remaining US$4 will be split between the government and participating pharmacies. The cannabis is packaged, labeled and sold with warnings regarding its effect. The government authorities have also allowed marijuana clubs to be formed, partly to educate the public, new developments and to discuss regulations and policies. There are some pharmacies that are not participating in this phenomenon for various reasons, but partly because of how the marijuana is being distributed.

Want to learn more about marijuana sales in Uruguay and comparing it with the United States; you can visit the Cannabis Training University, the leading marijuana university today!