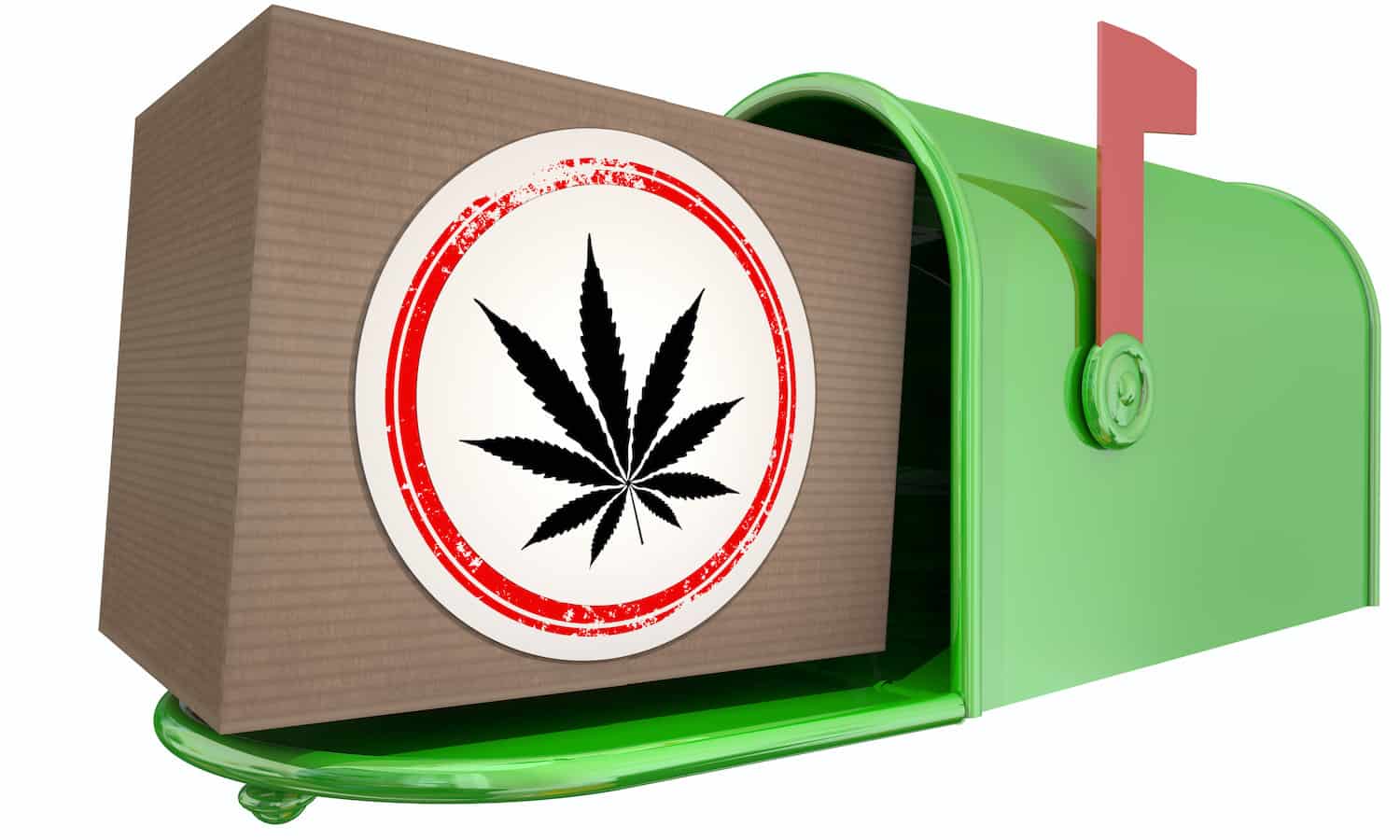 Can You Mail Weed Legally in The United States?

Have you ever had someone ask you to ship them some cannabis? Perhaps a little something to help Aunty Dot’s arthritis? We know the feeling of going to the Post Office – anxious as hell – to ship an ‘innocent’ brownie to your old mate in Wyoming (where cannabis isn’t legal yet). We wish to tell you it was cool, but it’s not.

The simple answer to the title question would be an unfortunate ‘no’. Even though cannabis has been legalized in most U.S states, ironically to some, marijuana is still very much illegal at the federal level.

And, since the United States Postal Service is a federal entity, cannabis is forbidden via U.S mailing routes.

With that said, there’s more to the rule than meets the general eye. In this article attempts to answer the question of ‘can you mail weed legally in the United States’, we take a closer look at the current legal state of mailing cannabis.

In 2019, new guidelines from the US Postal Service revealed the federal agency will ship and deliver some cannabis products, from then on. But wait a minute, these will be specifically hemp products.

Of course, Hemp is a form of cannabis that contains minimal amounts of THC, so it won’t get anyone buzzed and is hence okay to mail. And if you want to ship hemp and CBD products through the USPS, you must have a license from the respective state’s Department of Agriculture. What else do the new guidelines incur? Here’s a roundup;

With the above said, the question, ‘can you mail weed legally in the United States?’, is yet to be answered. Without further ado, let us consider the risks of shipping weed before we make an ultimate conclusion.

Risks of Shipping Weed by Mail

How about mailing edibles? Is it any safer than a few grams of cannabis? Let’s take a closer look in the next section.

A Word on Shipping Edibles

Smuggling edibles through the airport or mailing isn’t very hard if done in small amounts. It really comes down to when you want them to arrive. Just don’t use your real return address or details – and don’t be lazy about the packaging: Make it as discreet as possible.

What About Third-Party Carriers?

Unlike the USPS, third-party carriers such as UPS, FedEx and DHL are not federal agencies. As such, they do not have to obtain a warrant to search a suspicious package, and thus it certainly doesn’t make it safer than USPS.

So, Can You Get Away With?

With everything said on the subject, we are still indebted to fully answer the initial burning question: Can you mail weed legally in the united states? Well, if you must… It is possible to send marijuana via the mail, but it’s certainly not recommended! It happens every day and people get away with it, but remember there’s a huge but.

The best advice we can give our fellow cannabis enthusiasts and constituents is to mail no more than 28 grams of flower, which is California’s legal limit on recreational marijuana possession.

Final Thoughts on Can You Mail Weed Legally?

Despite the challenges with shipping marijuana and hemp, this USPS provides some much needed insight where there has historically been no information on this topic. Although it will take some time before you can legally mail weed in the United States, these new guidelines definitely pave the way in the right direction.

If cannabis is legalized nationwide in the future, it will eliminate all of these issues concerning the shipping of cannabinoid-based products. It’s something to look forward to – but until then – we recommend visiting a legal state as often as you can and stock up at a local dispensary as much as you like – without the risks as explained in this article!

Stay On Top of Cannabis Laws

The only place to learn all the updated cannabis laws is Cannabis Training University! Enroll today so you can take advantage of many opportunities in the cannabis industry and earn your marijuana certification.