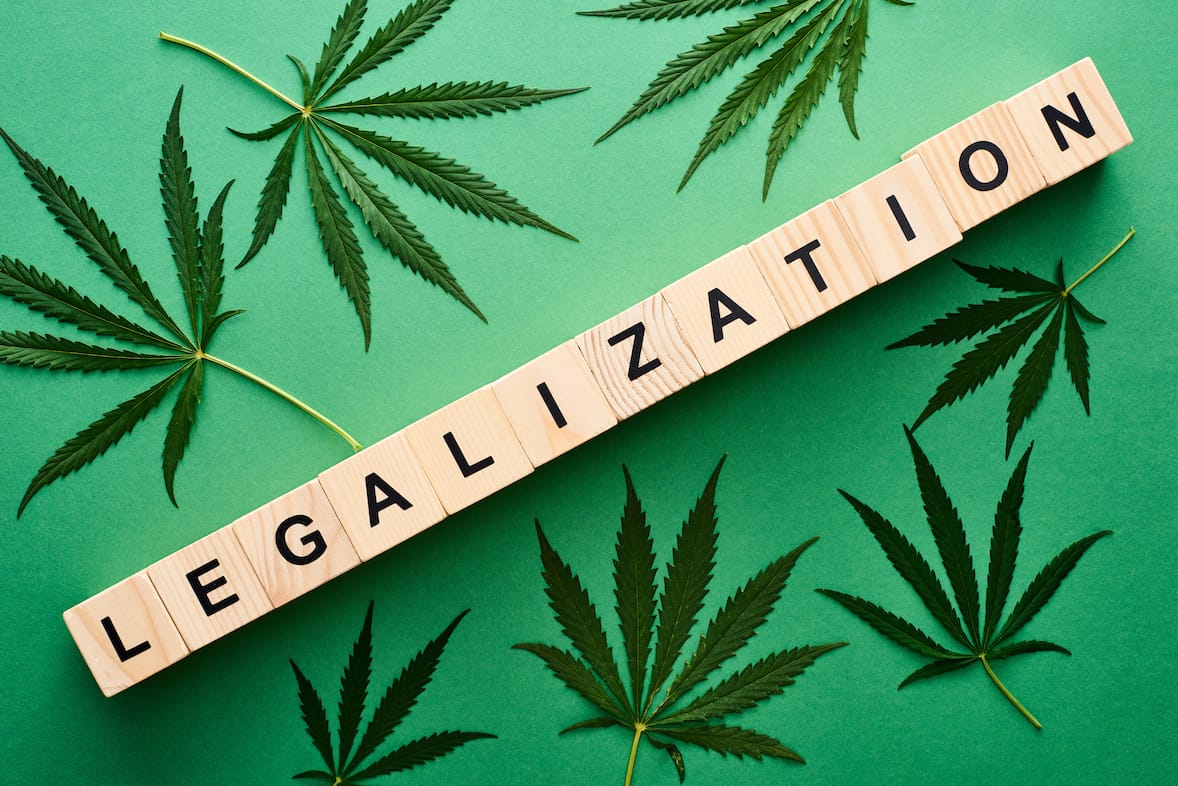 As 2021 comes to an end, the cannabis industry continues its growth and has a promising future in 2022. In December 2021, state and global legalization initiatives moved forward, expanding new and existing cannabis markets. Here are the top cannabis legalization developments this month.

On December 1, the Mexico Supreme Court ruled in favor of Xebra Mexico against the federal Commission for the Protection Against Sanitary Risks (COFEPRIS), the national health agency. The decision now prevents the health agency from blocking low-THC cannabis (under 1%) production outside of medical or scientific purposes. A lower court must now ensure the health agency implements the ruling.

Florida regulators will begin accepting license applications for the state’s black farmer medical marijuana license from March 21 through March 25, 2022. The new license was established in 2017 based on a 1981 case that sought to address discrimination against Black farmers.

Florida regulators must issue 19 additional permits at some point in the future to meet the increasing demand.

In December, a group of Vermont doctors urged regulators to place a THC cap of 15% on products. However, the state board decided against the recommended THC cap or restrictive warning labels on the health effects of marijuana, including psychosis or impaired driving.

Under the proposed rules, cannabis companies must have labels warning customers that the product “contains THC,” is “not safe for kids,” and to “keep out of reach of children.”

The label will also say, “cannabis can be habit-forming and can impair concentration, coordination, and judgment. Persons 25 years and younger may be more likely to develop harm to the developing brain.”

The state ended up receiving over 1,500 applications. The winners will be decided by lottery early in 2022.

New Mexico’s Cannabis Control Division (CDC) began accepting license applications for all business types, including retail and manufacturing, and approved three producer licenses. New Mexico allows for an unlimited amount of permits to be issued. Sales can start by April 1, 2022, based on the state regulations passed this year.

The Minnesota Department of Health (MDH) approved using cannabis-infused “gummies and chews” for medical marijuana patients. The new ruling will become effective on August 1, 2022. In March 2022, patients will be able to buy dried, raw smokable marijuana, which gained approval in 2021.

Malta Is First in EU to Legalize Cannabis Home Cultivation

Europe is a promising cannabis market, although most countries have not passed significant adult-use regulations. In December, the island country of Malta became the first in the European Union to legalize some forms of personal cannabis use and production.

Under the new law, people over 18 years old can possess up to 50 grams of dried marijuana at home and grow up to four plants per household in a place that is not visible to the public. While cannabis retail will be prohibited, non-profit cannabis clubs will grow and distribute to up to 500 members.

The Campaign to Regulate Marijuana Like Alcohol (CRMLA) has gathered and submitted 206,943 signatures, above the required 132,887 signatures. Now, the initiative for recreational cannabis can be passed by state legislators within four months of the signature certification process.

If the initiative isn't passed, the campaign can collect another 132,887 signatures to get on the 2022 ballot.

Montana Prepares for Launch of Adult-Use Market on Jan. 1

Montana regulators are preparing to launch the recreational cannabis market on January 1, 2022. Under the latest rules, THC in flower will be capped at 35%. Edibles’ THC percentage is capped at 100 milligrams per package. Cannabis sales will have a 20% tax with an additional optional local tax of 3%.

This month, Washington state’s government-run traceability system replaced a system they had been using from a third-party vendor, Leaf Data System, for over five years. During the holiday rush, however, many companies experienced bugs and issues with the system.

The state’s Liquor and Cannabis Board said that “as with any new system, there can be challenges that arise when using a new technical resource.” The agency said it “appreciates the patience and partnerships happening now as employees and licensees move forward on the new reporting system.”

A bill allowing private cannabis retailers in Alberta to sell cannabis online and offer delivery will take effect on March 8,  2022. In the second-largest cannabis market in Canada, online sales are currently provided by the state’s Alberta Liquor, Gaming and Cannabis (AGLC) agency.

Stay Informed About the Cannabis Industry with CTU