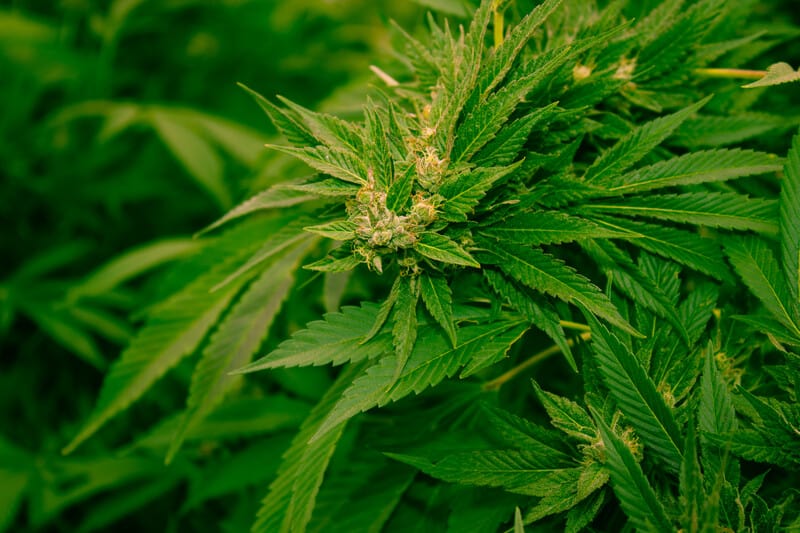 Two weeks ago, Safe and Healthy Massachusetts, a campaign funded by anti-legalization advocates was launched with the support of the Governor of Massachusetts Charlie Baker, Attorney General Maura Healy, and the Mayor of Boston Marty Walsh.

The three formally came out against proposition 4 in an op-ed in the Boston Globe on March 4th. However, after reading the article, there are issues with their argument to keep marijuana illegal.

Many assumptions are made in the op-ed that are contested or not supported strongly by the evidence. Those looking for alternative care should not be frightened or turned away because of misconstrued facts around marijuana. To make it simple, I’ve listed five discrepancies in the order in which they appear in the op-ed that can be found here.

This statistic was taken from the “Rocky Mountain High Intensity Drug Trafficking Area,” a group of federal, state, and local drug enforcement officials in coordination with federal agencies such as the ATF and the DEA. The issue with these statistics is that the demographics of Colorado do not match the demographics of Massachusetts. That is, the findings generalizability to Massachusetts is low. Colorado is a state with higher rates of marijuana use among young people and these young people were already using marijuana at higher rates than the national average before legalization. There are also perspectives from researchers that disagree with this claim as well. You can also throw in the horrendous record of the DEA into deliberately misleading the public on drug issues, but that is already well known and established.

“Regular use that starts in adolescence has been shown to impair brain development, shrink school and career outcomes, and even lower IQ.”

The issue with this statistic is not the outcome (impair brain development, shrink school and career outcomes) but rather the connection (has been show to impair). Although all three of these outcomes as associated with adolescent marijuana use, the studies around these findings show an association, not a direct causal effect.

“According to data from the National Poison Data System, marijuana exposure has been on the rise among children under six, particularly in states where the drug is legal.”

This is true, pediatric admissions to the ER have been on the rise in the four states in which marijuana is legal. However, this uptick may be due to the legal status of marijuana, making parents and caregivers more likely to go to the ER for help. In states where marijuana is still illegal, parents may fear consequences from law enforcement and be less likely to visit the emergency room, hence lower rates in these states.

Although this is of concern and parents must be diligent to store marijuana especially edibles in a safe space, this concern is often blown out of proportion. With a campaign such as the good to know campaign in Colorado, Massachusetts’s policymakers can educate the public on proper ways to store marijuana as well as address other safety concerns. As to date, there have still been no pediatric fatalities directly from marijuana intoxication.

“In Colorado, marijuana sales taxes account for just a fraction of one percent of total state revenues. Here in Massachusetts, we face the possibility that any new revenue would be vastly insufficient to cover the cost of ambulance rides, emergency room visits, and treatment. And these are just the hard costs; they don’t include the suffering of the injured.”

Treatment for marijuana intoxication usually doesn’t require hospital admission for adults, or if it does, the individual is observed and released after the effects ware off. Compare that to the costs of treating a patient with alcohol poisoning or a drug overdose. Those conditions are true suffering that can claim lives. Suffering is just not an appropriate term to use and the authors are attempting to bring out an emotional, fear-based response in the reader.

“For the past year, our teams have worked tirelessly, together and with our partners across Massachusetts, to combat the heroin and prescription-drug epidemic that is ravaging our state. Our emergency departments and drug treatment centers are beyond capacity, and our first responders are stretched to their limits. We should not be expanding access to a drug that will further drain our health and safety resources.”

Again, comparing marijuana use to heroin and prescription drug abuse is not only naïve but also irresponsible as a policymaker. Comparing a drug that has not claimed a direct fatality to one that has ravaged communities and broken up families is simply not in touch with reality. Instead of potentially investigating a use for marijuana in combating the opioid epidemic, they have grouped it with the most deadly of substances with the highest potential of abuse.

Before being swayed by fear and exaggerations, citizens of Massachusetts should have an unbiased review of the evidence that shows both the pros and cons of marijuana legalization. Many other opinion articles will probably be released by the Boston Globe and more than likely they will not be in favor of legalization. This was similar in Colorado with the Denver Post during the legalization debate. It is disappointing that elected policymakers have a biased view towards marijuana that results in misinformation. Then again, maybe they’re just misinformed themselves.

Are you in favor of cannabis legalization in Massachusetts? To learn more about cannabis laws make sure to enroll our comprehensive cannabis certification program.