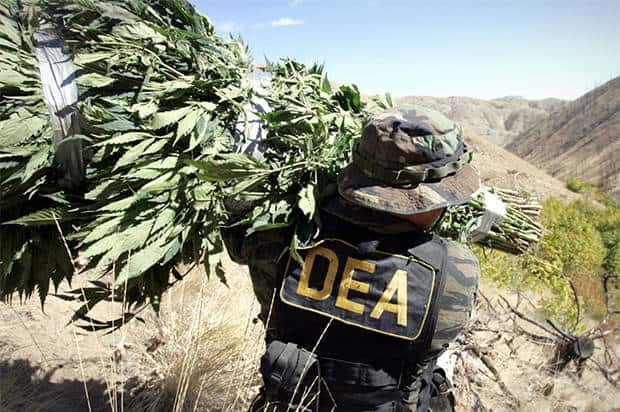 Nowadays when someone mentions the Drug Enforcement Administration, or the DEA for short, chances are they are not mentioning it in a good context. A recent round of disapproval from cannabis activists to congressional budget watchdogs has led some lawmakers to evaluate the cost effectiveness of some of the agencies programs.

One 14 million dollar program in particular focusing on marijuana “eradication” has gotten the most scrutiny with now seven states legalizing the drug the DEA is trying to eradicate. With other states forming petitions for the next election cycle in two years, as well as others having bills in the works, it seems that the DEA is losing authority over a “debilitating, mind altering substance” to put it in their words.

Let’s also not forget the DEA’s disastrous track record in the conduct of upper management staff. Early in 2015, the then head of the DEA, Michele Leonhart was forced to resign following an investigation into alleged sex parties attended by DEA agents stationed overseas. Her predecessor, Chuck Rosenberg, hasn’t faired much better, calling medical marijuana “a joke” as to appearing to have no authority or expertise in the arena of drug policy or even a basic understanding of harm potential of the various drugs the DEA tries to eradicate.

It is tiring as an American and as a taxpayer that over 2 billion dollars flows from American paychecks every year to support an organization that at its most basic flaw provides no explicit benefit for the Americans funding it. Now this can be seen as extreme, surely there must be some service that the DEA provides that is beneficial to America? What about all of the other “bad” drugs that the DEA confiscates and removes from American streets?

Time For a Change

Many states in which marijuana has been legalized still have their respective DEA divisions getting funding to combat illegal marijuana grows. Washington State, which legalized marijuana back in 2012, made headlines when its DEA division was revealed to receive funding of over $700,000 to combat marijuana grows. The DEA blames Mexican cartels setting up in the state due to the better growing climate producing higher quality plants than south of the border. Regardless, this doesn’t seem like it would be the best use of $700,000 when America is battling an opioid crisis which claims daily victims and which no clear cut end to the epidemic is insight.

So plainly speaking, the agency that is tasked to keep drugs off our streets does not prioritize their efforts based on harm of each drug. Rather, it seems the agency goes after low hanging fruit, which can easily earn many in the organization a promotion or additional funding for their “successes.” The DEA should start prioritizing its ventures based on harm reduction and employ administrators that are knowledgeable of the drugs they are trying to remove. If not, the agency should be abolished and funds allocated to more effective agencies, like the National Institutes of Health to conduct more research into the long-term effects of marijuana.

As of right now, the DEA provides no tangible benefits to the American people, and the benefits they do provide are washed out from the countless acts of corruption and incompetence associated with the administration. Chances are not much will change with the new presidential cabinet but there are definite issues of not only fiscal responsibility but moral responsibility that the DEA must address in the coming years.