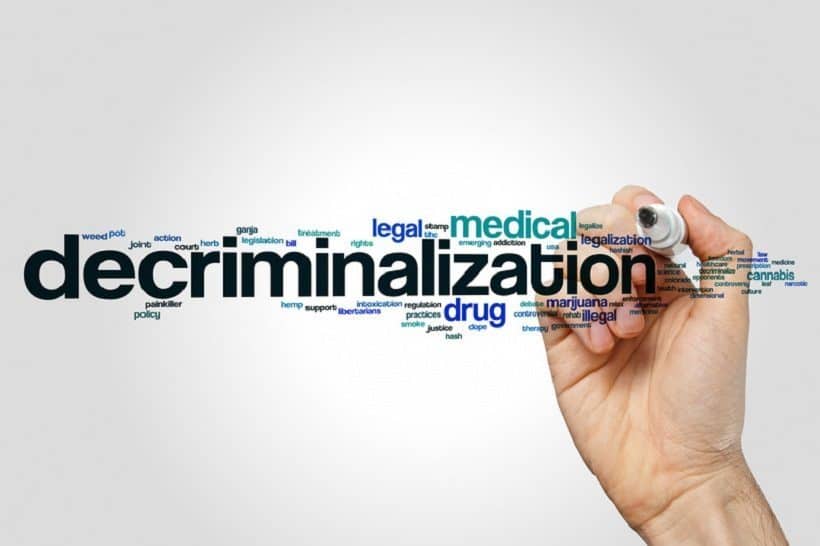 How To Support The Cannabis Decriminalization Effort

How To Support The Cannabis Decriminalization Effort

It is not easy to predict if the United States is near to cannabis decriminalization overall as it relates to the federal government. That would be the tipping point. However, many people believe that full legalization of cannabis in Canada might be what the U.S. federal government needs to come onboard.

It is possible that this could be what America needs to push for the support of full cannabis decriminalization and legalization. As it stands right now, the existing U.S. administration is in a continuous battle with cannabis reform, even though people are voting for it in their respective states as was indicated in the past several elections.

Despite the fact that there is some ambiguity about what will happen to full cannabis decriminalization in the United States, we should still keep hope alive because many Canadians did not think that the day would come when they would experience this. However, there are some things that the United States should consider so that they can reach to these heights. For one, it would be easier to get rid of the black market and it would be a reason to end the criminalization of cannabis. These two motivating factors should be enough reason to reverse cannabis convictions and try full cannabis decriminalization as Canada did so we can move forward in the industry and marketplace.

There are several cities in the United States that have already approved the legalization of cannabis and have cleared individuals who have had nonviolent convictions as it relates to cannabis possession. These include Vermont, California and Washington. However, the federal government still has control over everything since they still consider cannabis to be a ‘dangerous substance,' even though; it is legalized in these cities and states. In the meantime, though, other states like Oregon are trying to follow suit in the effort and support of cannabis decriminalization, even if the feds are not in agreement. In fact, the state of Oregon is trying to grant automatic expunging for those with past cannabis offenses that are not violent. This will happen during the 2019 legislative session of governing. Not all states are thinking about using this measure to clear the prison system, but it would be ideal, if the country receives such support. It would certainly change the lives of so many people in the United States.

It is evident, though that the tide is changing because years ago, no one would ever think that the United States would be where it is today as it relates to cannabis decriminalization. So there has been progress made, but still more to be done. Many law enforcement officials have come to terms with this in the past few years; seeing the war on cannabis as being a waste of resources. In the state of California, a measure was approved to clear cannabis convictions and it is apparent that the voters had sent a clear message about this. There are several attorneys that think the war on cannabis is a failure because all it did was fill up the prisons of nonviolent offenders and the taxpayers are the ones who pay for all of this. In addition to law enforcement officials, members of Congress and the House Representative are also beginning to realize and acknowledge their support for cannabis decriminalization.

If you want to be supportive to this movement, you can become an advocate; joining in and help to make strategic moves to remove the negative stigma of cannabis. Learn more about the industry to see its advancement and become a part of making things better in your own community first. Take responsibility of your own actions, especially when it comes to cannabis use. Educate your children and yourself. Know the laws that govern cannabis. Support cannabis businesses in your area and learn as much as you can so you can make a difference.