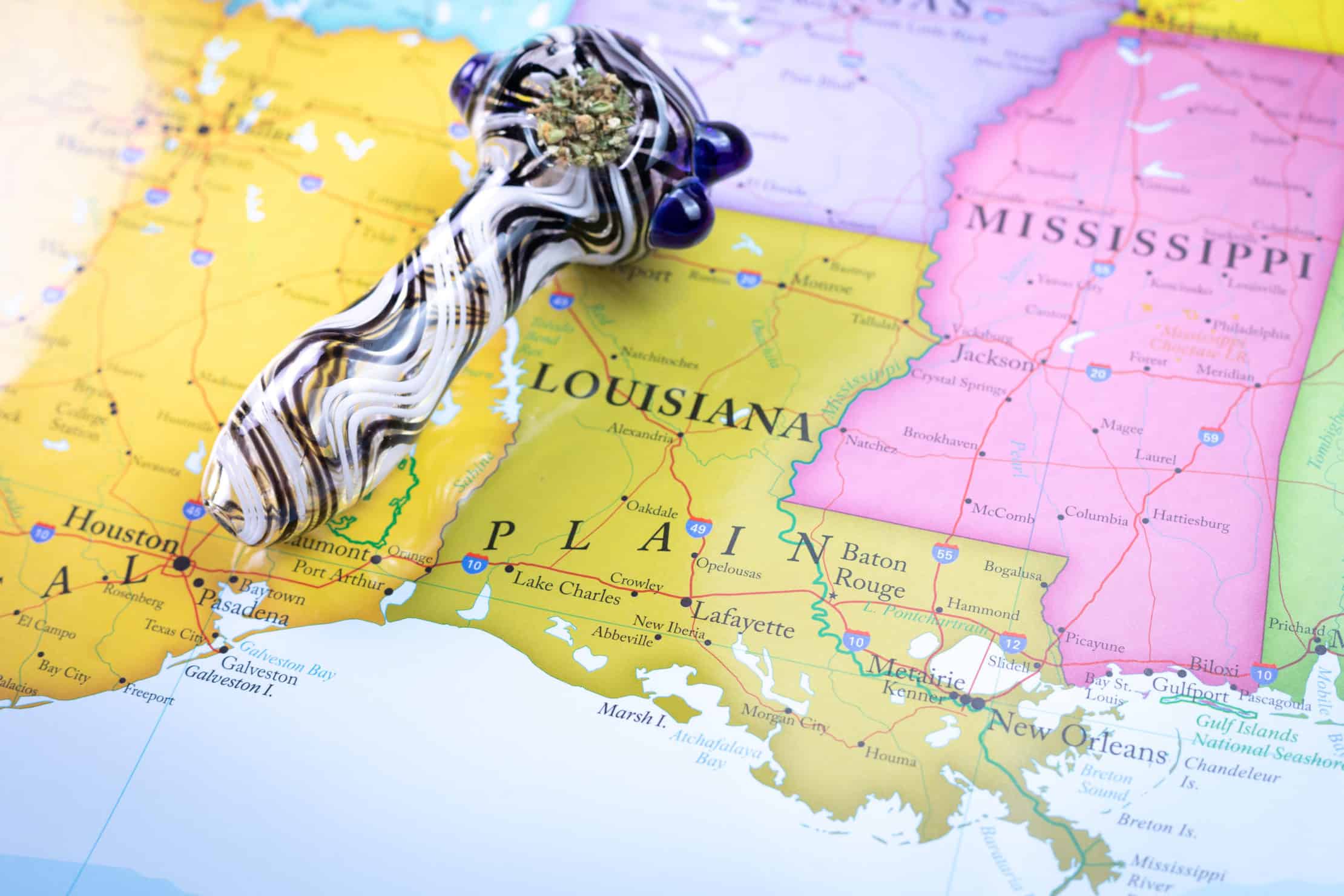 Is Weed Legal in Louisiana?

Is Weed Legal in Louisiana?

Recreational pot use has been illegal since the 1920s. Despite its ban, weed conviction rates remained low at the time. In 1930, the state only had 30 pot convictions. Today, weed possession and use are punishable by law. The state was known to be harsh against simple possession cases. In 2015, Governor Bobby Jindal reduced the penalties for possession. The law applies to possession of under 14 grams of weed.

Local governments passed similar penalty reduction laws. New Orleans and Baton Rouge are the only two cities in the state that have decriminalized possession of weed. Jail time was off the table. Instead, local laws allow law enforcement to issue a ticket up to $100.

Is Medical Pot Legal in Lousiana?

Despite the state's harsh rules against adult-use use, it has a long history of medical weed laws. In 1978, Governor Edwin Edwards signed the first medical pot bill for patients. The law remained limited. Weed was legal for patients with glaucoma and those undergoing chemotherapy. The health department never followed through with the implementation.

In 1991, lawmakers amended the 1978 law. They added spastic quadriplegia to the list of conditions. In this case, lawmakers gave the department a deadline of January 1992 to create the rules. It wasn't until August 1994 that the department promoted its rules. The rules allowed doctors to prescribe medical pot.

The department's lack of follow-through affected the program. This led to a weak framework for patient access. Under the law, doctors could prescribe weed. However, there was no path to the development of the industry. There was also no framework for the dispensing of the product. In 2014, Senate Bill 541 worked out the details of the medical weed program. The bill died in the Senate health committee.

In 2015, Republican senator Fred Mills sponsored Senate Bill 143. The bill allowed state agencies to set-up a framework for the medical pot program. The bill allowed for 10 pharmacies and one cultivation site in the state. Governor Jindal signed the bill in June 2015. The bill allows for non-smokable forms of weed to be dispensed. This includes oils and pills. The law made it the first state in the Deep South to allow for medical pot use.

In August 2020, multiple bills expanded the program. The most notable law expands the list of qualifying conditions. Doctors can prescribe weed for any condition they consider “debilitating to an individual patient.” The law also added new conditions to the list of qualifying conditions. It added Alzheimer's, Parkinson's, ALS, chronic pain associated with sickle cell anemia or fibromyalgia, and traumatic brain injury.

Is Hemp and CBD Legal in Lousiana?

Yes, hemp-derived CBD and other CBD products are legal in the state. In 2019, lawmakers passed rules that set-up a framework for CBD products. Before this, the CBD market was largely unregulated. CBD shops are now regulated by the state. Shops must get a license from the Office of Alcohol and Tobacco Control (ATC). Hemp-derived CBD must contain less than 0.3 percent THC.

Adults are able to buy CBD online or from state-licensed stores. Online stores aren't regulated by the ATC. Licensed stores include liquor stores, gas stations, restaurants, coffee shops, and more. Stores can't sell CBD as an inhalable product. They can't put CBD inside a food product or an alcoholic drink. They can't use CBD as a food additive. Shops can't market CBD as a dietary supplement.

Interested in learning more about the state's weed laws and more? Sign up for CTU’s online cannabis college today. Our college offers videos and ebooks assembled by industry experts. Learn at your own pace from anywhere in the world. Our weed courses get you prepared to use and grow weed with ease. They'll also get you ready for a career in the industry.