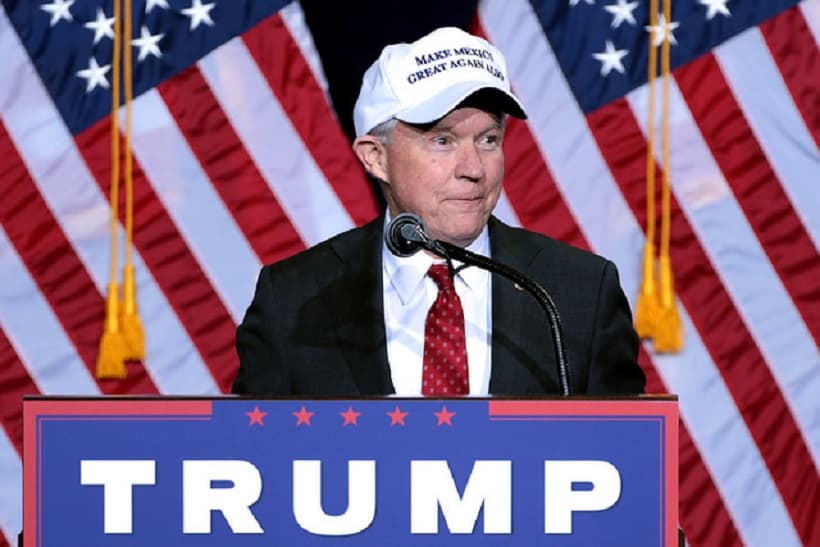 A marijuana crackdown is scheduled to take place and initiated by the Trump Administration. This is what the new Attorney General; Jeff Sessions has indicated that he will do. A task force is set to be created by the Crime Reduction and Public Safety committee organized and led by Jeff Sessions. It is expected that a report will be released to detail the reform set to be put in place. The advocates of this marijuana crackdown are fearful that Jeff Sessions, Donald Trump and the task force are going to link weed to violent crimes, recommending harsher sentences for people caught selling, smoking and growing the marijuana plant.

In April 2017, a memo was written and sent by Jeff Sessions to the Office of the U.S. Attorney and Department of Justice on the scope of the work to be done by this task force. The memo indicated what the task force is expected to accomplish. Sessions wanted department heads to provide recommendations by July 27, 2017.

The task force and its subcommittee members are expected to review the existing policies as it relates to sentencing, charging and possession of marijuana so as to make sure there is consistency throughout the various departments. The strategy is to reduce violent crime overall. For Jeff Sessions, this may seem like he is pursuing the agenda of the President at all cost. However, to the advocates, it is more restrictions and stricter law enforcement that will overshadow the existing decriminalization laws governing marijuana possession.

According to Jeff Sessions, the task force is going to take measures to reduce violent crime. We will have to wait and see to what extent. Jeff Sessions and the Trump Administration seem to believe that marijuana and immigration are two things that will increase violent crimes. Advocates are concerned that the recommendations may not be based on the truth about the impact of marijuana and immigration on the community.

The congressional leaders received a letter from Jeff Sessions in the month of May. The letter requested that the leaders eradicate the amendment prohibiting the federal agency from using DOJ budget and funds to prevent states that have legalized weed to continue to implement their own laws authorizing the distribution, use, cultivation and possession of medical marijuana. Seriously, Mr. Jeff Sessions? Sessions says it is not a wise move for congressional leaders to restrict how the DOJ uses its discretion to fund the prosecution of people using marijuana and for states that legalize it. Sessions wants to use the task force to explore how asset forfeiture is being used in the departments and recommendations on how it can be improved. Who is Sessions trying to fool?

Ahead of the Game

Even before the committee made its recommendations to Jeff Sessions, he went ahead of them and opened back up a divisive unlawful asset seizure program. All of this is controversial. It seems that this marijuana crackdown is going to take place whether the committee provides a recommendation or not. Leaders of various local law enforcement groups think that a marijuana crackdown is not necessary at this point.

From a medical perspective, many experts believe marijuana is not to be considered a drug or danger to the user. Jeff Sessions, on the other hand does not seem to believe this and wants to move forward with the marijuana crackdown. Law enforcement officials believe opioids, heroin, crack and cocaine are the drugs that Jeff Sessions should be more focused on. These are the drugs causing death and destruction in many communities. Some republican law makers are not in favor of what Jeff Sessions is trying to do since it interferes with state policies related to marijuana. Learn more about the marijuana crackdown at the Cannabis Training University, the leader in cannabis education courses.