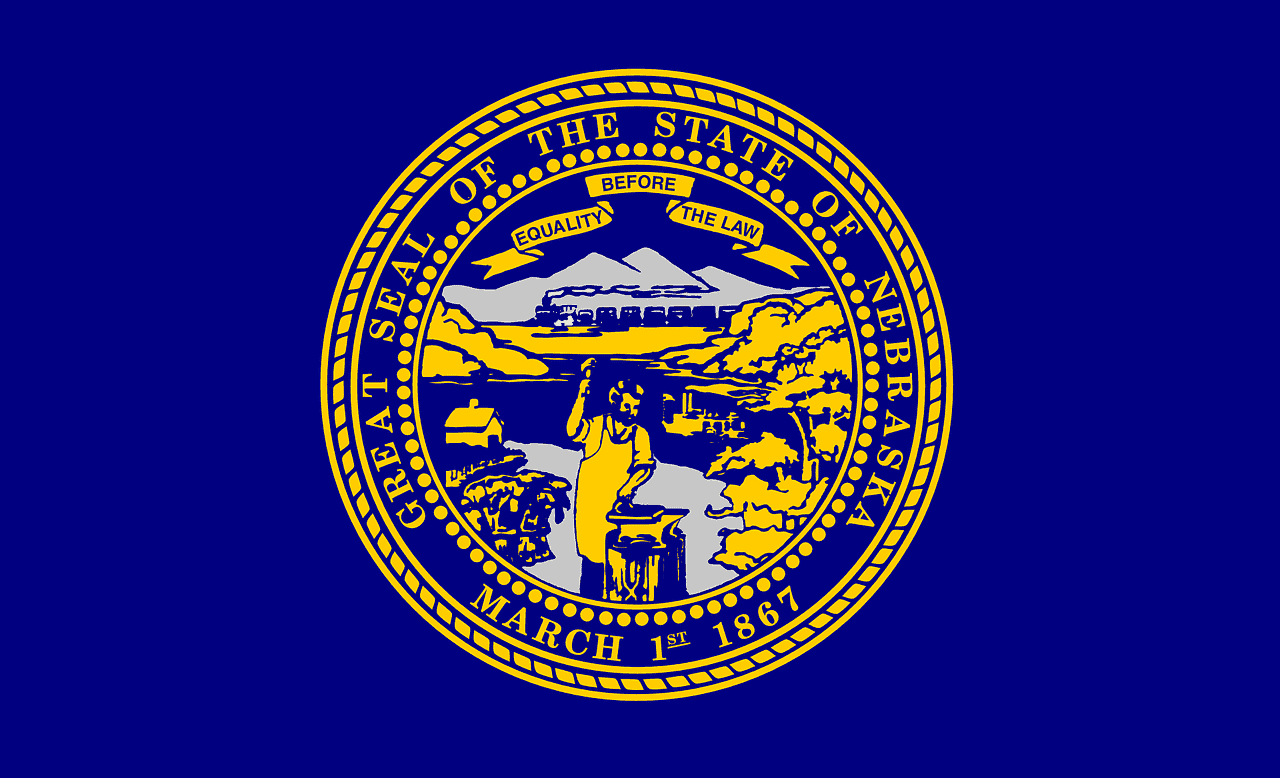 Is Marijuana Legal in Nebraska?

In determining whether marijuana is legal in Nebraska, we have considered the complexity of cannabis laws. The scenery is ever changing and translating the regulations different states put up might be challenging.

The use of marijuana has been banned right from the beginning of the century and the federal government is hesitant in changing its stance. Fortunately, CBD receives less censure. At the end of the day, each state determines its own laws as far as marijuana is concerned, and even then, these laws keep changing and it’s therefore very difficult to figure out the correct position.

Considering that Nebraska has historically taken a hard stance against cannabis, let’s delve into the current situation for marijuana and CBD products. Are things looking up for the cannabis advocates in this Cornhusker state?

Let us break it down for you.

Has Marijuana been legalized in Nebraska?

Historically, cannabis has existed in Nebraska for a long time. Settlers who came from North America planted hemp extensively. Hemp is a subgroup of cannabis that does not have a large amount of the psychoactive component, THC.

As per records from the USDA, hemp was planted by settlers who came from Illinois in 1887. It was traditionally farmed for textiles and cloth.

Cannabis was banned by the state of Nebraska. This ban both prohibited marijuana and led to rapid decline in hemp production. This pattern can be seen throughout America. The banning of marijuana created a gray area for hemp cultivation which all but died down.

Nebraska has not changed its anti-cannabis stance since the 1920s. To this day, its possession is illegal. However, because it has been decriminalized, penalties are less harsh that they once were. Nebraska eased restrictions in 1969 in that first-time possession, though it might land you in jail for seven days, is not considered to be a serious offense.

Colorado, which is a neighboring state, legalized cannabis recreationally a few years ago. Subsequently, Nebraska law enforcement saw an 11% upsurge in marijuana arrests. Nebraska and Colorado tried suing Colorado at the Supreme Court but the court declined the lawsuit.

The legal stance in Nebraska is further complicated by the discordance in the different counties. Some are more receptive while others are averse to the use of cannabis. Some attorneys hold that minor marijuana offenses should be prosecuted, while others feel that it is not worth the trouble.

As is evident, marijuana is still illegal in Nebraska. The good news is that there is mounting pressure on the state for its legalization for medical use.

Is Medical Marijuana Legal in Nebraska?

As at the time of writing this article, the use of medical marijuana in Nebraska was still prohibited.

In 2015, a bill called “The Cannabis Compassion and Care Act” was proposed. Its aim was to permit Marijuana concentrates in therapeutic use for cases such as HIV/AIDS, cancer and glaucoma. This bill was blocked by a senate filibuster in 2016 and as such, MMJ does not have legal clearance in Nebraska.

All is not lost. There still are proponents very active in this fight. Nebraskans for medical marijuana, an independent organization, submitted a petition on July 2, 2020. It was signed by over 182,000 Nebraskan voters. This is a very good indication that MMJ is receiving growing support statewide.

Though medical marijuana is at present not an option, it is very possible that radical changes might occur in the near future. This is definitely a space to watch.

If you live in Nebraska, you might be wondering whether you can use CBD instead. It doesn’t hurt that CBD is known to have the healing effects without the high.  It might surprise you to know that not all the 50 states have legalized CBD products. First, let’s distinguish the differences between marijuana and CBD.

CBD is not intoxicating.

Technically, CBD is a compound while cannabis is a plant.

As marijuana is still illegal federally and thus almost impossible to grow large scale, CBD manufacturers naturally gravitate towards hemp. This also ensures that products can be made containing plenty of CBD and very negligible to no THC.

Hemp for making CBD products had to be imported until recently when the 2018 Farm Bill has took effect.

What the 2018 Farm Bill Means for Hemp in Nebraska

The assumption that the Farm Bill made hemp and CBD legal in Nebraska is an over simplification of the state of affairs.

This bill is a section of federal legislation that outlines USA agricultural practices and gets updated fourth yearly, its most recent version being the 2018 Farm Bill. The Hemp Farming Act is part of this bill. The hemp farming act in this bill makes a distinction between hemp and marijuana outlining hemp as containing less than 0.3% of THC. This definition makes room for states to make decisions about hemp farming for CBD, and concurrently the use and sale of CBD products.

This led to the Nebraska Hemp Farming Act, in Nebraska that entered into law on May 30, 2019. Before this Act, hemp could only be cultivated by universities for research purposes. Now, cultivators can attain a license for growing and processing hemp in the state.

Though hemp farming acts usually present an excellent opportunity for the sale of CBD, the Nebraska Hemp Farming Act neglects to mention CBD specifically, which causes quite some confusion.

Which begs the question, does the Cornhusker state permit the use of CBD?

Is CBD Oil Legal in Nebraska?

Confusion regarding this question abounds. Prior to the Nebraska Hemp Farming Act being passed, Doug Peterson, the Republic Attorney General issued a memo categorizing CBD as a Schedule 1 substance apart from cases where it’s found in an FDA-approved drug. This memo made an allowance for products sanctioned by the University of Nebraska Medical Center, as well.

Further updates have not been made in the wake of the Hemp Farming Act. Therefore, where does CBD find itself?

CBD is not listed as a controlled substance by Nebraska Revised Statutes section 28-405. The implication here is that one is free to consume CBD should they choose. Nevertheless, in some cases, CBD shops have been raided by law enforcement officials under suspicion of them selling illicit substances. It’s very difficult to determine the truth.

It has been suggested that potential CBD sellers register their range of products with the Nebraska Department of Agriculture. When the Department tests and subsequently approves the product, a license will be issued for sale in the state, reducing the risk of arrest.

If one chooses to go this route, it’s noteworthy that fees include:

It’s advisable to pay these fees, as penalties charged for the sale of unlicensed CBD products in this State can add up to $25,000 and/or a prison sentence up to 20 years.

Admittedly, these regulations are very confusing. The take away is this: Hemp-based CBD products appear to be okay. They however need to be approved by the relevant authorities on an individualized basis.

What CBD Products Can I Use in Nebraska?

To this point, Epidiolex is the only CBD product that can be used with absolute certainty in Nebraska due to its FDA approval. It is a synthetic cannabinoid that can only be obtained from a healthcare facility for the management of severe intractable epilepsy.

Considering all the information we have processed, it is safe to say that Nebraska isn’t too harsh on hemp-derived CBD products at the moment. The majority of penalties are aimed at retailers, because the regulations for the sale of CBD are extensively more unclear than that of the consumption.

It might be more advisable to source your CBD products out of state. Because of the complexity of the regulations, it’s tricky to find Nebraskan licensed products.

Make sure your CBD products are hemp-derived with below 0.3% THC. Check the lab reports to verify this. Do not buy from a company that does not have visible lab reports.

Tincture, topicals, capsules, and gummies are the most advisable forms of consuming your CBD. Unlike some states Nebraska doesn’t seem to have a ban on particular methods. However, it’s best to stay away from vaping, as vape shops are currently under pressure from law enforcement agencies. Smokable forms would have been banned by the proposed MMJ bill, so it’s best to avoid raw hemp flower.

The tide on MMJ has the potential to turn. With the great campaigning, a petition was recently submitted that might well bring about big changes.

So, is marijuana is legal in Nebraska? One has to consider that Nebraska has one the most complex regulations to understand. It is black-and –white that marijuana is illegal. However, CBD is a very gray area presently. CDB is being consumed in Nebraska without a worry, but one needs to be certain that they have a trusted source.