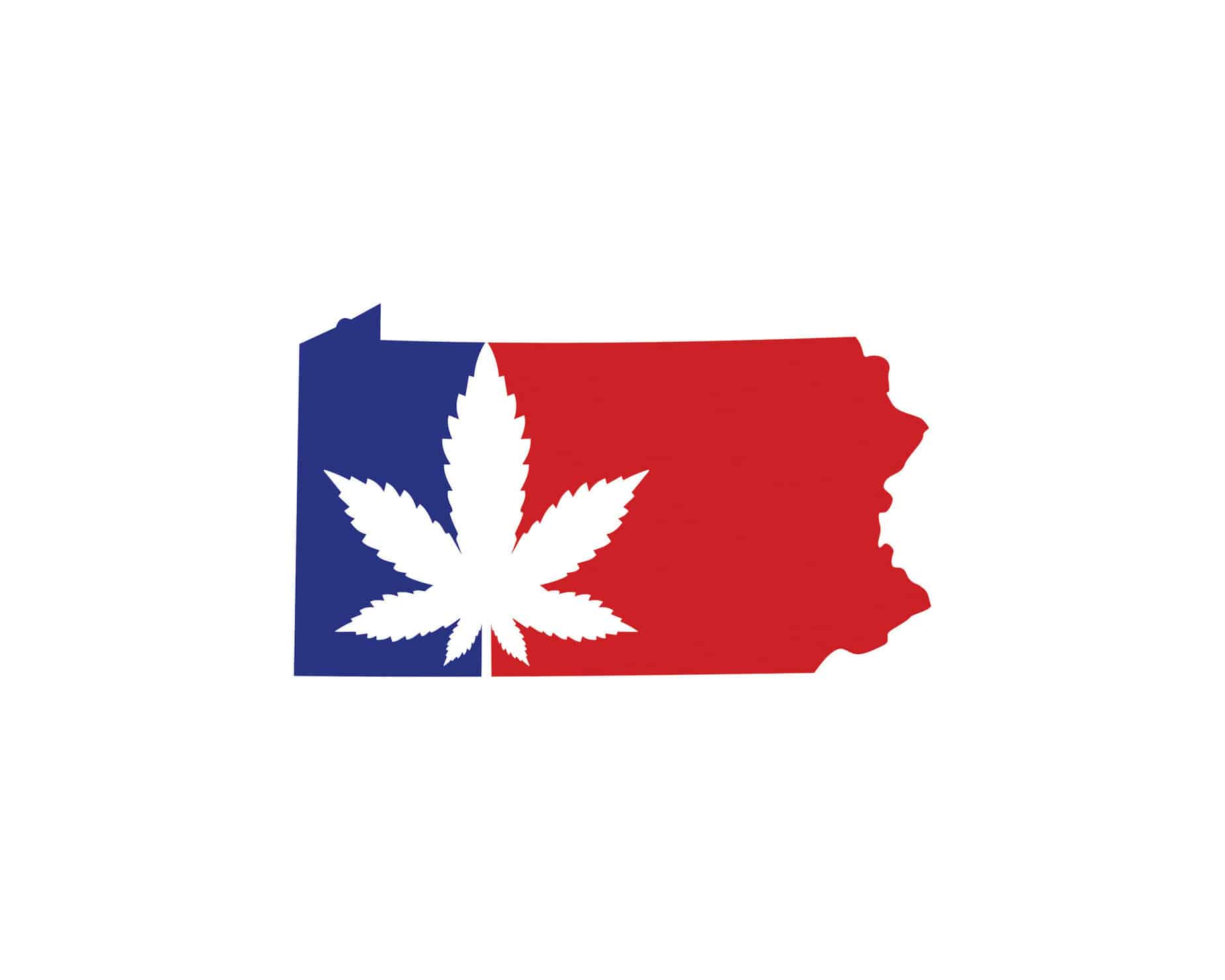 Is Marijuana in Pennsylvania Legal?

Is marijuana in Pennsylvania legal? As states continue to add to the list of legislation, it’s crucial to decipher the laws adequately or you can be faced with legal implications.

State legislators have also been trying to pass a bill that would make recreational use legal in Pennsylvania. The previously proposed legislation would not only legalize recreational use but also expunge the records of non-violent offenders.

As it stands, the current law states that if you have up to 30 grams of marijuana for recreational use in your possession, you can be charged with a misdemeanor that is punishable by a $500 fine and up to 30 days in Jail.

If you have more than 30 grams of marijuana in your possession, then the max fine is $5,000 and up to a year in jail. Cultivation of any cannabis plants, even just one, is subject to a $15,000 fine and 2.5-5 years in prison (PA Legislature).

However, cities including Pittsburg, Harrisburg, York, Steelton, Erie, and Philadelphia have decriminalized small amounts that you can have in your possession. The state penalty in Philadelphia, for example, would be replaced with a $25 fine and anyone caught smoking would receive a citation and a fine of $100 (PA Legislature).

Is Decriminalization of Cannabis an Option?

Decriminalization would be essential for non-violent offenders costing the taxpayers money to enforce, prosecute, and jail offenders, instead of the State being in control and overseeing and taxing marijuana and bringing tax revenue to the State.

Pennsylvania has been trying to pass the legalization of recreational cannabis for the last four years. Governor Tom Wolf has been outspoken about his desire to see legislation pass through.

He, along with State legislators, wants recreational use to be legal because it could mean millions of dollars for the State if marijuana is taxed like it is in the other states that recreational use is now legal, like Colorado and California. However, previously proposed bills have not received bi-partisan support.

Medical Marijuana, or also referred to as Therapeutic Cannabis, however, has been legal in Pennsylvania since it passed the State legislature in April of 2016. But you do have to meet the requirements before you are approved to obtain a medical marijuana card and go to a dispensary.

The patient must first have a medical condition approved for medical marijuana use and meet all other requirements under the Pennsylvania Medical Marijuana Act, which requires the Practitioner's determination that Cannabis will mitigate suffering and that the Practitioner will monitor the patient's continued care.

Qualifying conditions include: Cancer, Parkinson's, PTSD, Severe chronic pain, Multiple Sclerosis, and Epilepsy, Autism, HIV/AIDS, Crohn's disease, Inflammatory bowel disease, Huntington's, Neurodegenerative diseases, Neuropathies, ALS, and Terminal illnesses. If you have been diagnosed with one of these or another qualifying condition, then you can begin the process of obtaining your medical marijuana card (PA Legislature).

The first step to obtaining your Medical Marijuana card is for the patient to register all their information into the State's Patient Caregiver Registry, run by the Pennsylvania’s Department of Health. This is also a platform that a patient can use to find a certified Practitioner and dispensaries.

After a practitioner has evaluated you as having one or more qualifying conditions, then you are given a certification with your medical information that also gets submitted to the state, along with a $50 application fee. After that, you will receive your card in 7-10 business days, and then you can begin to use the dispensary.

The legislation requires that doctors or practitioners be recertified every year through the State Department of Health per the Medical Marijuana Act.

Additionally, patients must also go through the same recertification process every year and repay the $50 application fee.

Those receiving assistance through SNAP, Medicaid, and programs like it may qualify for a reduced fee of $25. The state will send you a reminder 60 days before your card is about to expire, and you must obtain a new certification on your medical condition from your doctor every year (PA State.gov).

Once a practitioner is approved, and they have determined that you have one of the qualifying medical conditions, they must also provide their medical opinion and a review of the patient's past treatments and give their determination that medical marijuana would provide therapeutic or palliative benefits.

As a result of COVID, a few things have changed in the medical marijuana laws in Pennsylvania. An amendment to the bill just passed a few months ago that now allows for a patient to have up to a three-month supply at a time instead of the previous rule that only allowed for a one month supply.

It also allows for telehealth visits with your practitioner, which was not allowed before COVID.

In addition, Caregivers can now provide assistance to more than five patients at a time.

Lastly, patients no longer need to go into the dispensary to pick up their medicine.

Will Recreational Marijuana in Pennsylvania Be Next?

Although it isn't legal for you to smoke in Pennsylvania just yet, this state will possibly be the next state to legalize recreational marijuana.

If passed, Pennsylvania would join 11 other states that have legalized recreational use of marijuana.

As the list continues to expand it’s imperative to have all essential information about marijuana usage, from growing to extracting, you want to understand the plant down to its roots.

Cannabis Training University is the original source of marijuana information and certification. Every edition is updated for the most recent laws, whenever they change.

Whether it’s for your own personal knowledge or opening a dispensary, check out Cannabis Training University!