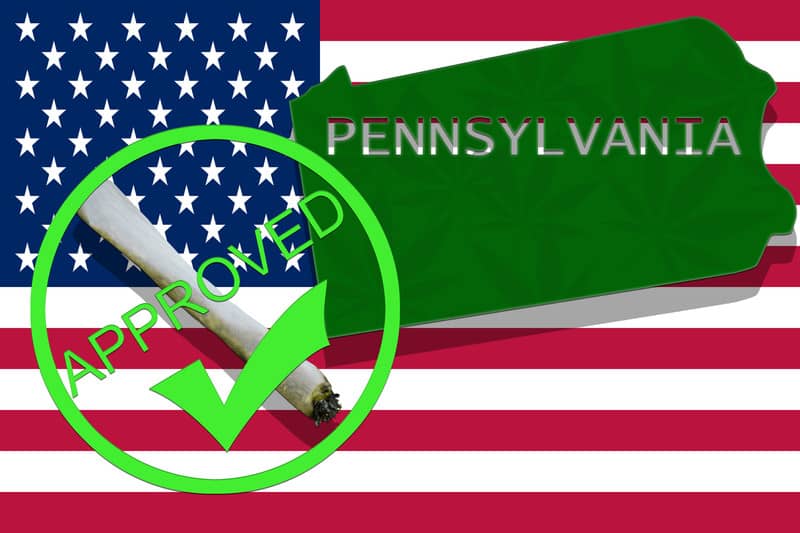 Gov. Tom Wolf recently argued and publicly stated that Pennsylvania should legalize recreational cannabis to raise funds for pandemic-related relief programs – among other things. Among the many arguments made for legalizing cannabis, raising state revenues as one of these cannot be denied.

Even with the Pennsylvania Governor Tom Wolf pushing for marijuana legalization, accurate projections in terms of legalization are delicate, and often rely on uncertain expectations. A lot depends on how neighboring states and the federal government will react.

The adverse effect of COVID-19 on businesses and state budgets has undoubtedly elevated cannabis legalization notions and actions by some very influential people in Pennsylvania.

But even if it happens, we can’t deny the fact that it’s a multifaceted decision that will have implications for health, safety, and social equity that extends far beyond this pandemic.

With the above said, it remains true that Wolf had already asked the General Assembly to make legalizing adult-use cannabis a priority. Especially for the fall of 2021 – where the State must find ways to overcome the economic hardships of the COVID-19 pandemic.

One thing’s for sure – Wolf is serious about taking steps to reverse the injustices caused by marijuana criminalization. In 2018, he signed the Clean Slate bill, which allows for the sealing of records for certain low-level offenses if a person has been free from convictions for ten years.

We haven’t quite seen a governor quite like Pennsylvania Governor Tom Wolf pushing for marijuana Legalization, until now.

In agreement with Wolf that that law can be applied to certain marijuana-related offenses, it wasn’t long before the Board of Pardons expedited pardons for low-level marijuana felonies.

Wolf affirms that there is much more that needs to be done to reverse decades of injustice, and we are in agreement that the focus should be on decriminalizing cannabis and legalizing it for adult use – to be precise about the matter.

In addition to ending prohibition, Wolf is claiming that reform legislation will support historically disadvantaged small businesses by grant funding – and also provide them with the assistance they need to rebuild from the economic crisis and aid to strengthen the economy.

Additionally, a portion of the revenue will provide sustenance to restorative justice programs to help those people that have been adversely harmed by the criminalization of marijuana – and the war on drugs to some extent.

Wolf contends that these initiatives will and must serve as a step forward in healing decades of injustices, economic harm and trauma caused by marijuana criminalization.

Legalizing cannabis sales is not a yes-or-no question. The commonwealth, for one, will confront a series of choices that will influence not only state and local budgets, but also have an influence on public health, criminal justice, and social equity altogether.

Some of the most important challenges to tackle-head on include how to identify those organizations that get to produce cannabis, who gets to sell it, and how it will be taxed. With that said, let us not neglect the biggest obstacle to legalization: Pennsylvania’s Republican-controlled Senate.

With the Pennsylvania Governor Tom Wolf pushing for marijuana legalization, the chances of it happening are pretty good, actually. But if you ask Chief Eric Jewell of Hermitage Police, you will have to hear (whether you like it or not) that legalizing recreational marijuana is a huge public safety concern.

He equates it to drinking and driving, meaning that using marijuana while behind the wheel could lead to huge distractions hence crashes. He also sees the use in minors increasing exponentially, stapled as a huge concern.

During a press conference on Tuesday, Wolf acknowledged that so far there has been no movement among Pennsylvania lawmakers to advance corresponding legislation. So, he’s asking opponents and proponents to become (more) aware of the particular benefits of legalization…

In Conclusion… May the ‘Wolf’ of Weed Succeed!

Inherently – and by his convictions and plans to legalize cannabis in Pennsylvania, Wolf simultaneously allows for the right to preserve our own health and welfare. We also concur with Wolf insofar as the fact that we simply need legalization to save our communities.

For the most part, our efforts should be directed at those disproportionately impacted by the war on drugs – and Wolf is right on par here – too. The system is broken and governors like Tom Wolf might just be bringing us closer to the grand goal.

Let’s see if Wolf continues to listen to the people – and perhaps then even Democrats and Republicans can agree on one thing: cannabis legalization!