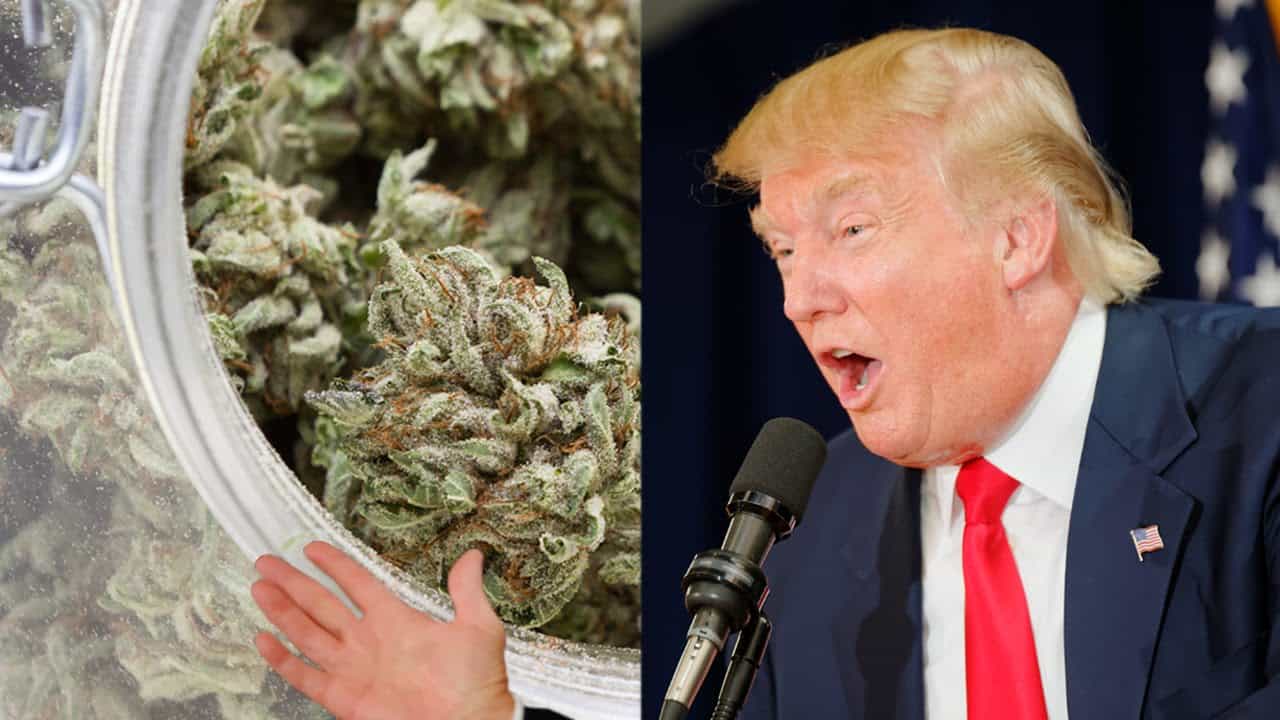 Donald Trump as president means many uncertainties for the American people. Regardless if you supported him or not, it is agreed across party lines that there are many ambiguities in how he is going to deliver his policies.

At the present time, there isn’t much hard data as to what is the degree to which he will carry his plans through.

Within the chaos of the presidential election, there was some exciting news at the state level regarding marijuana. 5 states had legalization on the ballot and all but one state voted against the affirmative to legalize pot at the recreational level. California, Maine, Massachusetts, and Nevada all voted to legalize marijuana.

In all, 8 of 9 proposed initiatives passed, and many far surpassing their margins of victory estimated before Tuesday. It went without saying that many before Tuesday believed marijuana to be strictly a west coast issue at the present time. However, Erik Altieri, executive director of NORML has stated it to the Rolling Stone as being “an American one” after this election.

Current national polls show support for legalized marijuana at around 60% and 89% of all Americans believe it should be used medically and for certain conditions.

Trump’s opponent Hilary Clinton had said that she was open to marijuana being moved to schedule II as a start, which would open the doors for funding of medical studies around marijuana and opening up its medical use. She gave a cautious opinion of marijuana and wasn’t going as far as to support full legalization but with efforts to loosen laws on the medical side.

President-elect Donald Trump has a much less cut and dry policy around marijuana. In fact, it is hard to find any statements for the record at all. Trump had previously said in the 90’s that the only way to win the War on Drugs was to fully legalize marijuana, but this view has changed during his recent campaign. He has adopted his party’s tradition of state’s rights and keeping the federal government out of “trivial” state level matters.

It is hard to say if this opinion would apply to marijuana, as even the hardest of state’s rights advocates have strongly opposed any notion of state legalization. Examples of this are Sam Brownback and Mary Fallin, two libertarian governors of Kansas and Oklahoma who have sued the State of Colorado for letting marijuana leech across their borders. They have lobbied the federal government to intervene in Colorado to “protect public health and safety.” This leads to the point of this article.

For us marijuana advocates, the presidency itself isn’t what we should focus on. President-elect Trump is going to be preoccupied with other policy initiatives and marijuana could be put on the back burner for the time being.

However, the real policy decision to watch is who he plans to put in charge as Attorney General. For the past 8 years, marijuana activists and state officials have dealt with Obama’s attorney generals (think Loretta Lynch and Eric Holder) who have stayed out of the recent legalization experiments in Washington and Colorado.

A letter written by Holder perfectly explains the current administrations view on marijuana legalization and what the role of the attorney general will be and has been. Trump and cannabis should be a no brainer shouldn't it?

However, Trump’s picks for attorney general do not look promising. His two top picks, are Rudy Giuliani, former mayor of New York, and Chris Christie, governor of New Jersey. Both had been vehemently opposed to marijuana legalization of any kind. They have both locked down their various states efforts to push to legalization in the past.

If given free reign as the highest legal advisor to the government, these men could slow down legalization at a federal level. Most agree though that the government will turn away from marijuana to more national issues such as immigration and police shooting fatalities.

Regardless, it will all depend on what Trump prioritizes and what the future attorney general thinks to prioritize for Trump. There is still much ambiguity venturing forward into the next cabinet and many things are still wildly uncertain surrounding the future of marijuana in the United States.

What do you think of Trump and Cannabis? Think it will work out and he and his people will let the industry prosper?

To begin a cannabis career, and for online cannabis certification, enroll at the premier cannabis training destination.