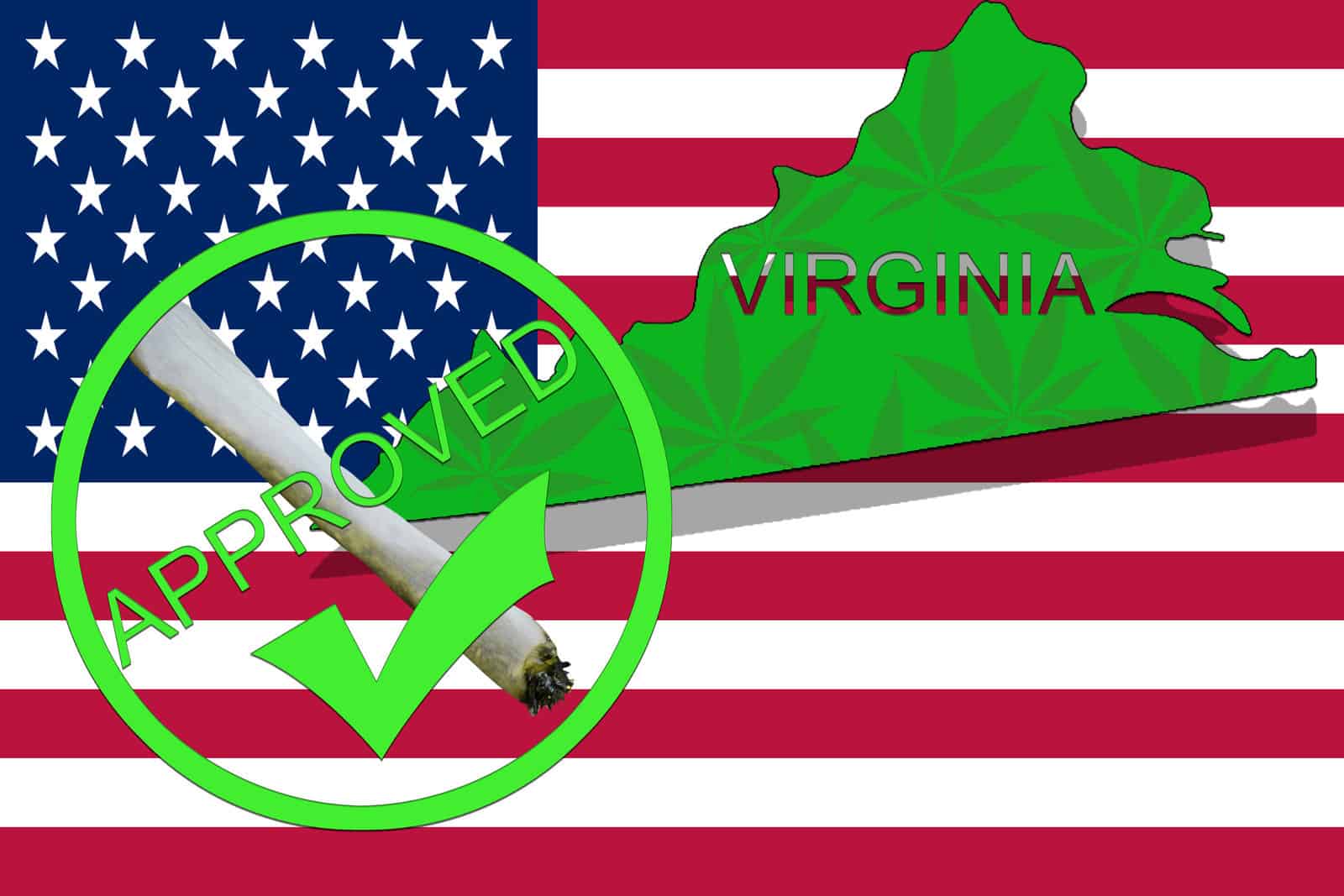 In another positive step for the country’s cannabis industry, a Virginia cannabis decriminalization bill has been filed for the 2020 legislative session. On Nov. 5, 2019, Virginia Democrats took control of both houses in the General Assembly, a feat that hadn’t been replicated for nearly a quarter-century. The marijuana decriminalization bill may now have a chance of being passed by the Democratic-led House and Senate chambers.

Sen. Adam Ebbin (D) pre-filed the historic marijuana decriminalization bill on Nov. 18, 2019 in an attempt to change the state’s current penalties on marijuana possession. Under state law, “any person who violates this section is guilty of a misdemeanor and shall be confined in jail not more than 30 days and fined not more than $500, either or both.” Subsequent convictions would result in a Class 1 misdemeanor.

Ebbin’s proposal would reduce penalties for cannabis possession of one ounce (up from one-half ounce) from a misdemeanor to “a civil penalty of no more than $50.” All civil penalties would be transferred into the Drug Offender Assessment and Treatment Fund. The bill limits the following penalties to criminal violations or civil violations by a juvenile:

The state’s marijuana decriminalization bill would also allow an individual to have their record expunged if they have paid all court costs, fines, and orders of restitution.

A form of a medical cannabis program was passed in Virginia in 2015 as an affirmative defense law. The law allowed those with intractable epilepsy to use cannabis for medicinal purposes and not be punished for it. The law was expanded in 2018 when it allowed practitioners to recommend medical cannabis for any condition. While the medical program remains strict, Virginians are more ready than ever to accept stronger cannabis reform.

Virginia’s had a tough time trying to pass decriminalization and legalization bills due to the concerted efforts of past Republican-controlled legislatures. At the beginning of 2018, Senate Majority Leader Tommy Norment (R) planned to file Senate Bill 954 to decriminalize first-offense possession of marijuana. Ultimately, Normet chose not to file the measure because he didn’t believe the bill would have a chance of passing both chambers.

Virginia Governor Ralph Northam had made marijuana decriminalization a cornerstone of his political campaign during his run for governor. Northam had publicly stated that the state’s sentencing laws have hurt people of color and have placed an enormous financial burden on law enforcement. In his 2019 State of the Commonwealth speech, Northam stated that “making simple possession a civil penalty will ease overcrowding in our jails and prisons, and free up our law enforcement and court resources for offenses that are a true threat to public safety.”

NORML estimates that the state of Virginia spends $100 million a year enforcing outdated marijuana possession laws. The high cost of enforcement along with recent marijuana research has led members from both parties to support decriminalization efforts. Sen. Siobhan Dunnavant (R) said in a statement, “I’m in favor of the concept of decriminalization, but I would need subject matter experts to define the best legislative path.”

A Majority of Residents Support Legalization

While the legislature attempts to pass the decriminalization bill, Virginia residents are already on board with full cannabis legalization. Three-out-of-five Virginians believe that adult-use cannabis should be legal. A poll conducted by the University of Mary Washington (UMW) found that 61 percent were in favor of legalization, 34 percent opposed, and the rest were undecided.

These September 2019 results show a significant increase in support for marijuana reform in the state. A 2017 UMW survey included a related question, but only 39 percent of respondents showed support for recreational cannabis legalization. A majority of Democrat, African American, white, Latino, young, and independent respondents favored legalization.

Virginia Attorney General Mark Herring has been very vocal about his support for cannabis decriminalization. In June 2019, Herring wrote an OpEd in the Daily Press urging lawmakers to change the broken system. In the article, Herring states that arrests for marijuana possession have increased by about 115 percent to nearly 28,000 in 2017. First-time marijuana convictions also increased from 6,500 in 2008 to 10,000 in 2017.

Herring is set to host a “Cannabis Summit” on Dec. 11, 2019 before the 2020 legislative session in conjunction with the recently established Virginia Cannabis Caucus. Attendees will range from lawmakers from states with legal cannabis programs to academics who study related issues such as decriminalization, social equity, CBD regulation, and cannabis legalization. Herring is set to run for governor in 2021.

If Virginia lawmakers pass the decriminalization bill in 2020, Virginia would be one of 26 states and the District of Columbia who has decriminalized cannabis possession of personal amounts. Industry experts are hopeful that the marijuana decriminalization bill will pass in a highly supportive General Assembly. Although adult-use legalization and medical program reform aren’t on the radar, the progressive momentum in Virginia indicates an increasingly marijuana-friendly population.

Want to get certified online and begin a career in marijuana? Get trained online at the leading weed college, Cannabis Training University. Looking for an online cannabis training program? Get started today at the premier marijuana school and begin your new cannabis career.