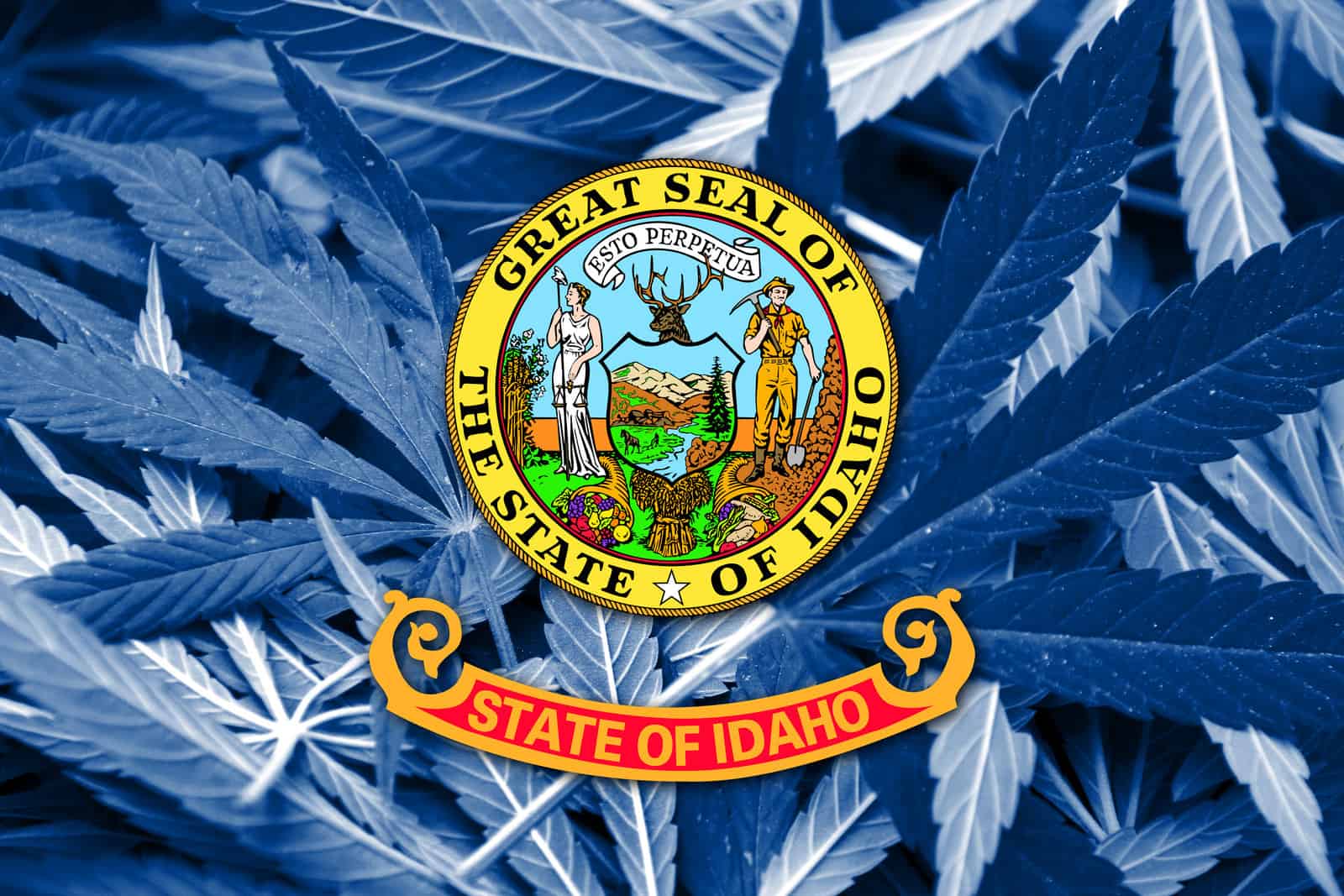 Is Weed Legal in Idaho?

Is weed legal in Idaho? Weed is illegal for medical or recreational use. The Gem State is one of the few still enforcing outdated weed policies. Even possession of small amounts could land you a misdemeanor. If you want to stay on the right side of the law, keep reading our Idaho weed law guide. We cover the penalties for breaking the law and how you can find weed work elsewhere.

Currently, adult-use weed is illegal in Idaho. The state banned weed in 1927 along with a string of other states during a nationwide trend. In 2013, the state legislature passed an anti-pot resolution. The resolution declares that it is the policy of the legislature that the state should never legalize weed for any purposes.

Selling even the smallest amount of weed can carry harsh penalties. Delivery of a Schedule 1 controlled substance is considered a felony. It carries the possibility of up to life in prison. Sentencing depends on the individual’s criminal history and the amount of weed sold. Delivery of up to 1 pound or up to 24 plants is a felony. It’s punishable by up to 5 years in jail and/or a fine up to $15,000.

Growing up to 1 pound or up to 24 plants is a felony punishable by up to five years in jail and/or a fine up to $15,000. Growing 1 pound or more or 25 plants or more is considered drug trafficking. It’s a felony punishable by up to 15 years in jail and a fine up to $50,000. If the amount grown was between 1 and 5 pounds, the offender receives a mandatory minimum sentence of 1 year in jail and a fine of at least $5,000.

If convicted of an offense, the judge must sentence an individual to the mandatory minimum sentence or higher. The judge does not have the ability to give the defendant less time than the mandatory minimum. An inmate serving a minimum sentence will not be eligible for parole. Even individuals convicted of smoking weed and sentenced to life can’t receive parole.

State law requires users in possession of an illegal substance to obtain and affix a tax stamp onto the product. Idaho’s tax rate is $3.50 per gram or $775 per plant. Penalty for nonpayment is a 200% tax increase and punishment for tax evasion. The purchase of tax stamps for contraband will remain confidential.

Medical use of pot is illegal in the state. Patients who use the drug receive the same penalties as recreational users. Lawmakers have introduced medical pot bills to the state legislature with no success. The Idaho Medical Marijuana Association was preparing an initiative petition to legalize medical pot. Advocates have attempted to gain enough signatures in the past. They have reached less than half of the necessary support.

Idaho has very restrictive laws on hemp-derived CBD products. In 2015, Senate Bill 1146a would allow patients with severe epilepsy to use CBD oil. Governor Butch Otter vetoed the bill after it passed the Idaho Legislature.

According to a 2015 Idaho Attorney General’s opinion, only CBD without THC is legal. If it does not contain any THC (not just less than .3%), the product must be derived or produced from:

Essentially, CBD must contain 0% THC and be derived from one of the five listed parts of the cannabis plant, otherwise, it is illegal in Idaho.

Ready to start your weed journey?

Learn how to use and grow pot in a safe and efficient manner. CTU’s curriculum covers a lengthy list of topics on weed medicine, law, cooking, extraction, and more. Completing the course gives you the knowledge needed to use weed on with ease.

Become a part of the industry in a legal state as a working professional. Get your weed career started with CTU.