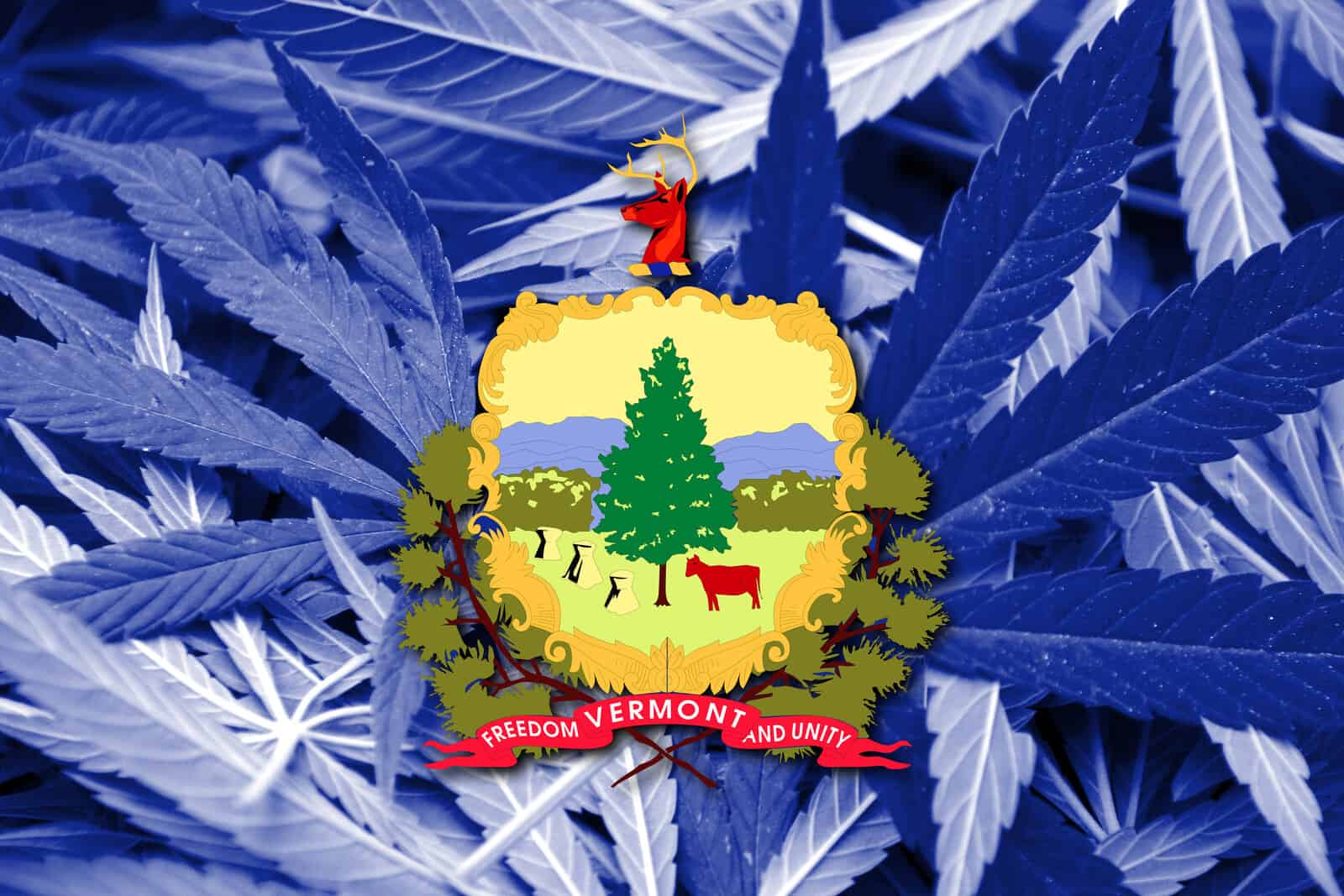 Is Weed Legal In Vermont?

Vermont, like many other states at the time, banned cannabis in 1915. Since then, it has undergone a progressive shift. Now, adult-use and medical cannabis are legal in the state. Keep reading to learn more about The Green Mountain State’s specific adult-use, medical, and CBD/hemp laws.

In June 2013, Gov. Peter Shumlin signed House Bill 200 into law. The law eliminates criminal penalties for the possession of up to an ounce of cannabis or up to 5 grams of hashish. First-time offenders must pay up to a $200 fine. A second offense gets you a $300 fine. Repeat offenders can’t be charged more than $500 per offense.

Since 2014, the state has been attempting to legalize weed. Vermont doesn’t have an initiative process. Legalization efforts must go through the state legislature. Then, it must receive a governor’s signature or be veto-proof.

After many failed attempts, a bill legalizing adult personal possession of 1 ounce of cannabis was legalized in 2018. H.511 was signed by Governor Phil Scott on January 22. The bill also legalized the cultivation of two plants and four immature plants for personal use.

Growing between 3 and 10 mature plants is a felony punishable by a maximum of 3 years in jail and up to a $10,000 fine. This offense becomes a civil penalty starting on January 1, 2021.

In October 2020, Vermont became the 11th state to legalize adult-use cannabis sales. S.54* legalized the regulation and taxation of cannabis sales. Towns are able to opt in to allow commercial cannabis activity. An excise tax of 14% will be levied on retail sales. Retail sales are expected to begin in October 2022.

In 2004, Vermont became the 9th state to approve medical cannabis use. Under Section 4473, to become a registered patient, “a person must be diagnosed with a debilitating medical condition by a healthcare professional.”

In 2011, the state enacted legislation to allow up to 4 dispensaries to grow and sell cannabis to a maximum of 1,000 registered patients. Currently, there are 5. The Department of Public Safety was instructed to oversee the rules and dispensaries.

In 2014, the state legislature eliminated the patient cap on dispensaries. Dispensaries could also deliver cannabis to patients. Naturopaths are allowed to qualify patients for medical cannabis use.

Medical cannabis patients are able to possess up to 2 ounces of flower at one time. They can grow 2 mature plants and 7 immature plants. Patients must pay a $50 application fee for a medical card. The card expires 1 year after the issuing date. The state does not accept out-of-state medical cards for cannabis.

What is a debilitating medical condition?

Learn about the costs, application process, and rules associated with using medicinal cannabis in Vermont here.

Hemp and CBD products derived from hemp may be legally sold in Vermont. The state does not prohibit the use of hemp-derived CBD in foods or beverages. Since 2005, the state has allowed the growing of hemp. As of May 2020, state regulators have issued 347 combined hemp grower and processor registrations for the 2020 growing season.

Learn about Vermont’s state laws and cannabis careers with CTU’s online cannabis college. CTU’s affordable and renowned cannabis education program can get you up-to-speed on the state of the industry. From science to law to cooking to extraction, our program prepares you to use pot effectively or join the weed workforce.