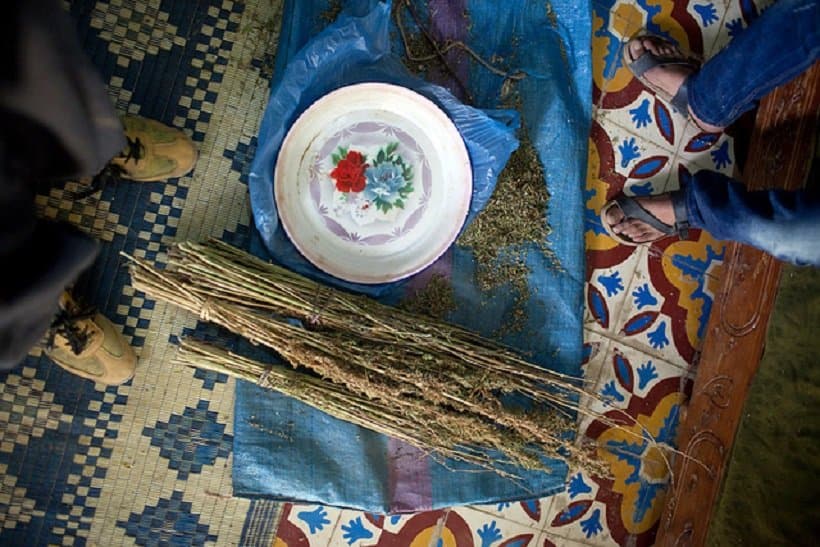 Humans have learned how to manipulate marijuana plants by turning it into hashish. This part of the plant is sticky so much so that it can burn like a candle would and it has longer lasting effects and is more potent than the dry flowers. Hashish has trichomes of flowers in it. When these build up, they, in turn change to resins. If you have ever trimmed weed from a huge crop and done it in a single day, you will know about the hash build up that you will see and feel on the scissors and your fingers. Hash originated as a concentrate in Nepali and was created by rubbing marijuana buds between the fingers in an attempt to break up the trichomes from the cannabis plant. There are other methods of streamlining the process in addition to rubbing it between the fingers, even though, this method is still feasible, and especially for the person that has time to do this time-consuming activity.

The precise speed and texture to burn hashish could be different from one concentrate to the other. However, most hash is able to be used in a similar way. In addition, it can be put on top of grounded flowers that you have in a bowl or it can be rolled in a joint if you are looking for more potency. The earliest evidence of hashish indicates that the resin was used in making incense, which became a spiritual representation for some people. As humans evolved, hashish was used in innovative ways. Let’s now investigate where hashish came from.

It was in the 11th century that hashish was talked about. In fact, it was mentioned during an argument that transpired between two Muslims who had different opinions of whether it was being abused as drugs among residents. During this period, Arabs used to blame the Sufis and Mongols about hashish distribution throughout Arabia. Even though, this cannot be proven, it can still be said that the invasion of Mongol coincides with the popularity and spread in the use of hashish from marijuana plants. During the 11th century, trade routes reopening between Europe and the East coincided with the idea that hashish was being funneled into Arabia and used as a drug. In the same period, Residents of the Indian subcontinent have been said to ingest hashish as a beverage known as Bhang. In fact, this beverage is commonly used at Hindu festivals. Let’s now dive into how hashish is made from marijuana plants.

There are various methods you can use to make hashish from marijuana plants. Usually, depending on the method used, the marijuana strain used and the person using the method, the end product could have a different name. Charas and Bubble Hash are the two most common ones. If you are interested in making charas, then you would have to remove the flowers that are live from the marijuana plant and start rubbing the flowers using your fingers. Make a circular motion while you have the flowers between your fingers or finger pads. Agitating the flowers allows the trichomes to be broken up, forming a sticky resin, which you would scrape from your fingers or finger pads. The sticky resin is now either smoked or used to create a beverage or drink.