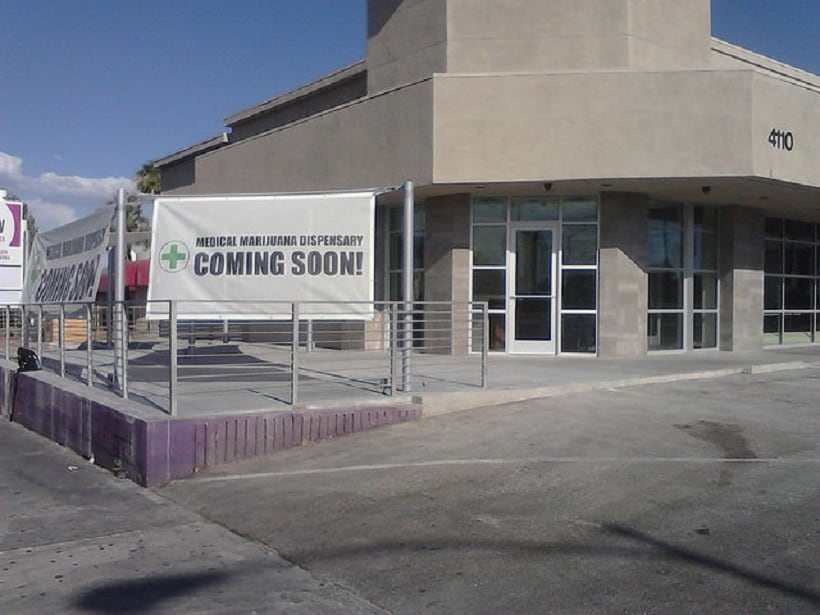 The state receives about half of its medical cannabis patients from out-of-state.  In fact, many dispensary owners view this as their busiest time. There are roughly eleven thousand local residents that are medical cannabis card holders, especially in the southern region of Nevada. In contrast, there are roughly forty million tourists that visit Las Vegas every year. Even if only one percent of this total were medical marijuana card holders, then that would be four hundred thousand cannabis patients that will be potentially served in the marketplace.

The state of Nevada ignited some fierce competition at the time it secured twelve marijuana dispensary licenses. The license applicants were rated according to the category that they fell into. For those that had a strong business plan that included environmental planning, financing and security, they won the licenses, first and foremost. For medical cannabis patients, this meant that you would be privy to dispensaries that were well designed, financed and managed.

Walking into a marijuana dispensary in Las Vegas can be quite an experience. While the outer exterior may look obscure like a strip mall, when you actually walk through the door, it will feel as if you are entering an upscale and plush establishment. You may have a lounge area where you have to be seated before being served and a huge menu screen where cannabis products are listed. Some medical marijuana dispensaries will feel like a medical resort with all the amenities you can think of. Others may have different features that make it calming and comfortable.

Las Vegas is a competitive place, but most marijuana dispensary owners counteract that vibe since the industry is still yet small. It is like a family right now and the dispensary owners want to keep it that way. There are things you need to know before you go to a medical marijuana dispensary in Las Vegas. You must have a valid medical marijuana patient card as is the norm in most legalized states. You also need a government issued identification to make sure you meet the age requirement There is also a limit of two and a half ounces every two weeks when purchasing weed in the state of Nevada.

Once you make the purchase, it will be entered into a database so it can be tracked. Therefore, if you try to buy more weed than the allowed limit, you will be denied. Your total purchase limit will include edibles and other cannabis products. You may need to consult with a budtender so you don’t overextend your limit. One of the unique state rules as it relates to the cannabis product in a Las Vegas medical marijuana dispensary is less touching. It is pretty much the same as playing table games at a Las Vegas casino.

As cannabis cultivators and processors continue to ramp up their dispensaries, cannabis product selection are quite limited. It will get better as time goes by. However, you still have an available variety of edibles, tinctures, cannabis strains, concentrates and topical creams. The cannabis prices in Las Vegas are higher than they are in states like Washington, Colorado and Oregon. $18 per gram is the usual price.

If you want to learn more about medical marijuana in Las Vegas, go to the Cannabis Training University now.