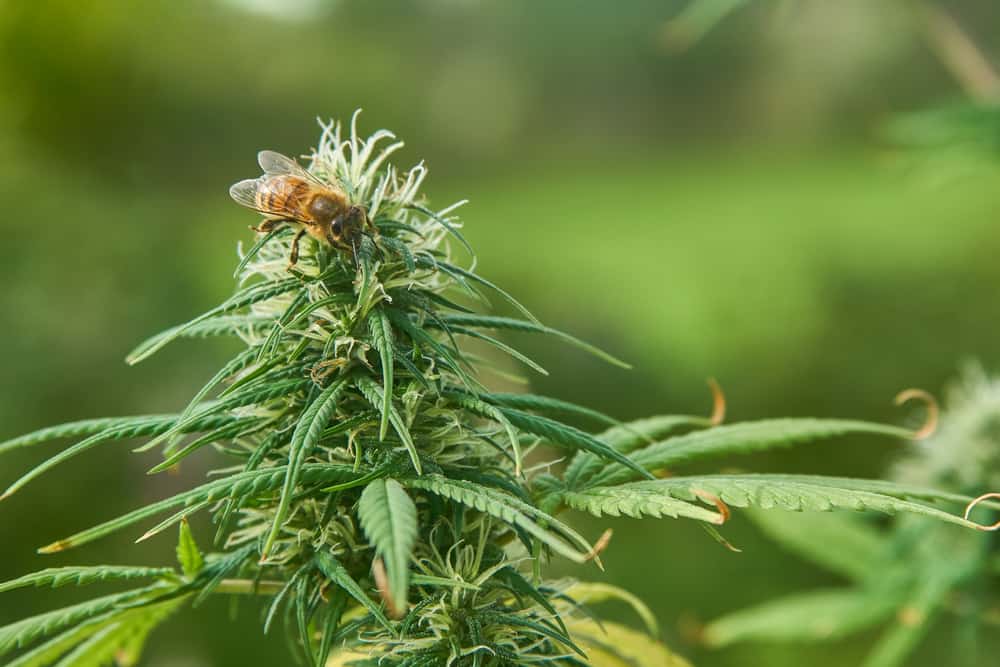 Can Cannabis Save the Bees?

Researchers around the world are trying to understand whether cannabis can save bees that are affected by pesticides―a common contributor to declining bee populations. Beekeepers lost 105,240 bee colonies during the early months of 2020—a 76% rise over last year and the highest total since 2016 when bees were classified as endangered. Bees and butterflies help pollinate approximately 75% of the world’s flowering plants and 35% of the world’s food crops—including fruits and vegetables. It's pretty simple—no bees, no food. Because of the severity of this issue, researchers worldwide are focusing on saving bees to ensure food security. Here's a rundown of three recent projects focused on bees and cannabis.

A study based in Lublin, Poland from Maria Curie-Skłodowska University tested the effects of a hemp extract on bees that were exposed to pesticides. Led by team leader Professor Aneta A. Ptaszyńska, the team sought to research a variety of issues affecting honey bee populations.

“There are reports that hemp extract protects human nerve cells, we decided to check whether it would be the same in the case of a bee,” said Professor Ptaszyńska in The First News article. “For now, we know that the extract extends the life of bees that have been exposed to pesticides. The tested insects lived comparatively as long as those that had never had contact with harmful substances.

“Bees are dying because they are malnourished and weakened by the use of pesticides and then they start to suffer from various diseases. One of them is nosemosis. It attacks the digestive system, causes weakness and cachexia (muscle loss). Bees cannot digest and absorb nutrients and then they simply die.”

Hemp extract seemed to protect bees from neonicotinoids. These are insecticides derived from nicotine. The team studied around 5,000 bees living in cages. They are set to conduct more research next year on bees living in apiaries. They plan to file a patent for this major discovery.

A similar study from Colorado published in 2019 supported these claims. Researchers found that bees are attracted to hemp. They collected almost 2,000 bees from 23 different bee species. Past studies found bees weren't as attracted to genetically modified canola flowers in the same way as they were to hemp.

Another study published in Punjab, India in 2012 supported these results. It found that during the floral dearth period, between May and June, honey bees turned to male cannabis plants in the wild for their pollen. Marijuana flowers don't produce nectar. They seem to attract bees that are specialized in gathering pollen.

Bees are providing a breath of fresh air to the growing cannabis market. PhytoPharma, a pot technology company based in Israel, has set out to create an artisanal honey featuring trace amounts of cannabinoids.

Traditional infusions combine the pot resin into the ingredients. Pure Bee is naturally infused with marijuana. After bees feed on a variety of strains, they can pass on the nutrients and low amount of cannabinoids to their honey. In the future, they plan to use different strains to make honey for specific conditions.

We know what you’re thinking: do bees get high from honey? Research shows that insects don’t have endocannabinoid systems. A human’s cannabinoid receptors react to cannabinoids in the plant. These can produce its buzzy effects. For this reason, bees don’t get high by feeding off of cannabis pollen. Instead, they rely on the pollen as a last resort for food.