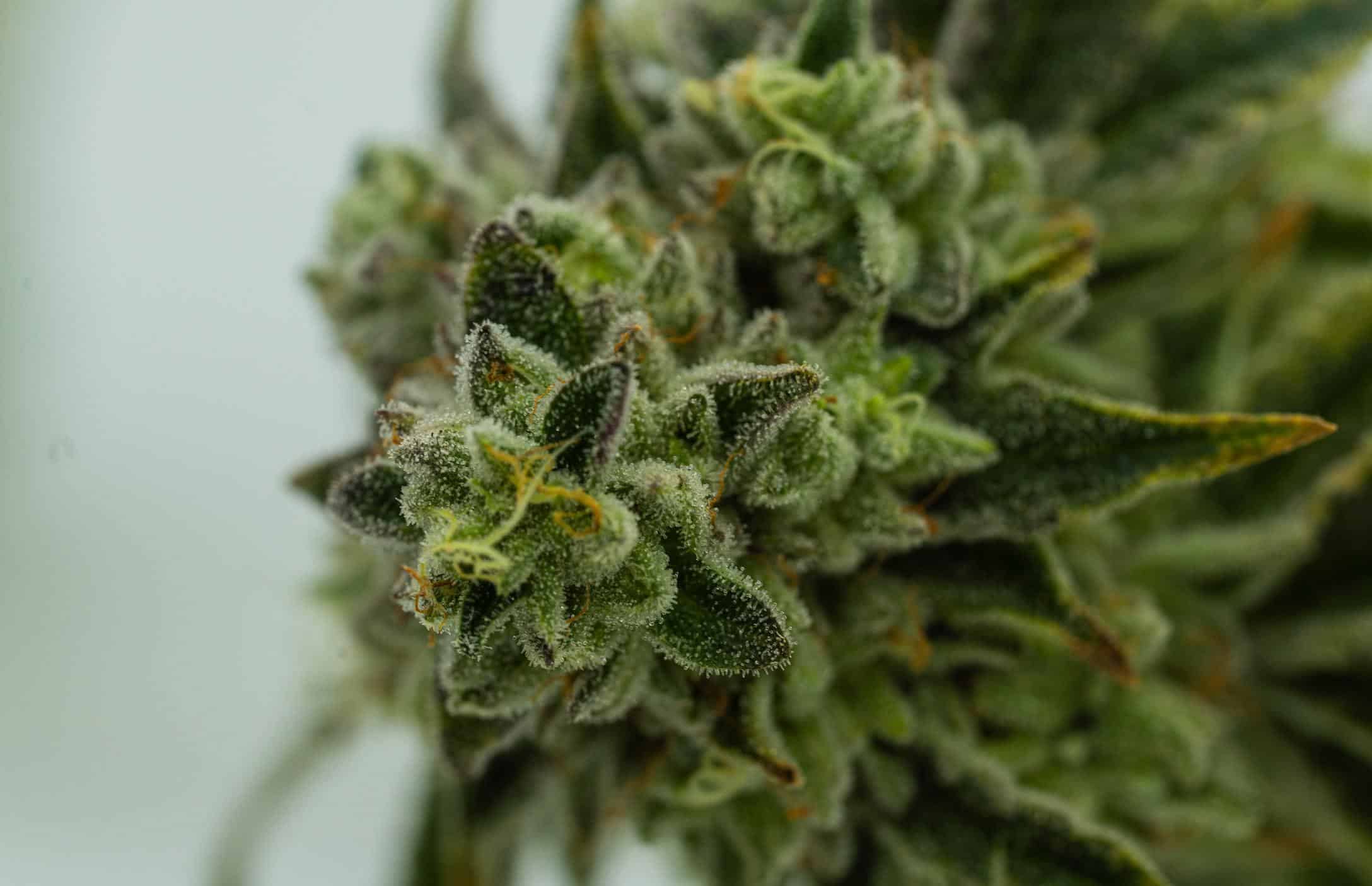 With the hype surrounding medicinal cannabis you might be asking yourself if cannabis can treat concussions that are related to sports injuries. This is especially the case if you are involved in the sports arena in one way or another. In this brief article we explore all possibilities regarding the use of cannabis in addressing concussions.

Concussions are increasingly becoming an area of interest in the world of sports. It’s a widely held belief that the average sports player is likely to have at least 2-3 concussions during their active career life. Unfortunately, having one concussion increases the likelihood of having subsequent concussions.

According to the Centers for Disease Control and Prevention, the number of sports-related concussions that are treated each year in the US is 1.6 million. Untreated cases are even more; they are estimated to be 3.8 million cases each year. Some athletes shy away from reporting concussions for fear of being forced to take a break from active sports.

The quest to find a cure for concussions has been elusive. Treatment for concussions in the past has focused on alleviating symptoms such as pain, inflammation, and psychological symptoms. Scientists have begun shifting their attention to the hemp plant in the hope of finding long-term relief for people with concussions.

A few studies have been conducted to determine the role that cannabis plays in treating concussions. Before looking at what research has to say, let’s begin by defining a concussion.

What is a Concussion?

The brain is the command center for all functions and activities of the human body. It is a very delicate organ that is cushioned by membranes and a fluid known as cerebral spinal fluid (CSF). When you get a severe impact to your head, either by rapid jerking or a bang, this protective mechanism can be compromised. As a result, your brain can crush against your skull. The injury that happens here is what is referred to as a concussion. Concussions are a type of traumatic brain injury (TBI).

Sports-related concussions occur frequently due to the combative and aggressive nature of many sports. Athletes are also at an increased risk for falls and bangs which increases their risk for concussions.

How Serious Are Concussions?

People playing sports such as rugby, soccer, and boxing are exposed to a higher risk for concussions. One study revealed that up to 40% of former NFL players showed signs of brain injuries in their brain scans.

Concussions can be mild, moderate or severe. Mild concussions cause mild acute symptoms. Severe concussions, on the other hand, tend to cause structural changes in the brain that may be severe or even fatal.

Chronic traumatic encephalopathy (CTE) is believed to be a result of consequent concussions. CTE is unfortunately only diagnosed at death. Athletes and people in the military are at an increased risk for developing CTE because they are constantly exposed to repetitive hits to the head.

Further research from Boston University (2017) showed that the majority of brain scans of deceased footballers showed marked signs of CTE. “The study, published in the Journal of the American Medical Association (JAMA), found CTE in 99 percent of brains obtained from National Football League (NFL) players. 21% of high school football players also showed signs of CTE in their brains which is quite alarming. However, there could be a slight bias in these figures since families of victims whose loved ones had died from CTE were more likely to donate brains for this study.

CTE is linked to a variety of sports such as soccer, wrestling, American football, and other active sports.

This YouTube video is of Kevin Drake, a former NFL player who experienced multiple concussions during his active years in sports. In the video, he explains his experience and what needs to be done to improve the safety of athletes.

Symptoms Of A Concussion

The following are symptoms of a concussion:

How is a Concussion Treated?

Concussions are treated based on the degree of severity. The aim of treatment is to address symptoms and help the patient regain normal functioning. Treatment may involve the use of pain killers, anti-inflammatory agents as well as antidepressants.  Management of symptoms by eating the right diet, adequate rest, avoiding strenuous activities and other lifestyle changes are also recommended.

What Hope Does CBD Offer?

Medicinal cannabis is legal in 33 states and the district of Colombia in the US. Since medicinal cannabis began gaining mainstream acceptance, a significant amount of funds have been channeled towards CBD research. Perhaps the greatest discovery has been linked to the endocannabinoid system and its far-reaching impact. Through its interaction with the endocannabinoid system, CBD is able to support and promote the body’s physiological balance.

CBD is one of the beneficial compounds found in cannabis; it falls in the group of compounds known as phytocannabinoids.

In this YouTube video, Michael Lore, a former NFL star narrates how cannabis “saved him” by alleviating his pain.

What the Research Says

One of the groundbreaking studies investigating the relationship between concussions and cannabis treatment was conducted by a team from the Hebrew University of Jerusalem in 2011. The study which was led by Prof. Esther Shohami was conducted on mice with recent traumatic brain injury. The mice in the study each received one dose of cannabis and showed significant improvement in the symptoms of TBI that lasted up to three months. This study was published in the Times of Israel.

The researchers administered plant-derived 2-AG (endogenous cannabinoid) to the mice in a single dose and the mice showed positive results for the next three months. According to Shohami, “The brain creates protection; we wanted to mimic what the brain does, and we wanted to do it better.”

The treated mice showed positive improvements in motor and cognitive function while their untreated counterparts did not show similar improvements. Both CB1 and CB2 receptors were involved in the response, but the CB2 receptor lacks psychoactive properties.

Shohami concluded that “If you can distinguish between the two receptors you can make this drug more attractive for pharma, for doctors to prescribe because the concern about side effects would be significantly reduced.”

This milestone research definitely paves the way for clinical trials in the near future.

A meta-analysis conducted by the Virginia Commonwealth University also showed that cannabinoids hold a lot of promise in the treatment of traumatic brain injury. THC administered prior to the injury helps in reducing the severity of TBI. CBD has proven anti-inflammatory properties, but this has not been investigated in relation to the treatment TBI.  This study also showed that synthetic 2-AG plays a role in the inflammatory pathways and this could have an impact in memory and learning, neurological and motor function and the control of seizures. However, it was concluded that further research is needed to give clear direction.

An article published in Vancouver Sun highlighted an upcoming study to test if CBD can reduce the severity of post-concussion brain disorders in former NFL players.

The study is targeting 100 former players who will be enrolled for a double-blind study.

The study is to be led by NEEKA Health Canada in partnership with the NHL Alumni association and Canopy Growth. This will be among the first human trials to investigate the relationship between concussions and TBI.

In another similar effort, researchers from John Hopkins University and the University of Pennsylvania have teamed up to investigate how the body processes CBD. In this study, 20 current and 20 former NFL players will be surveyed.  A group of ex NFL players has teamed with CW Botanicals to raise funding for this ongoing study. The athletes hope to finally implement a larger clinical trial to investigate the potential of CBD in treating symptoms of concussions and CTE.

Cannabis research has been derailed by years of criminalization and cannabis prohibition. But with more countries globally warming up to medicinal cannabis, we expect to see large clinical studies that will give concrete guidance on the use of cannabinoids in treating concussions, post-concussive syndrome, and CTE.

We hope that this brief read has shed some light on the question of whether cannabis can treat concussions that are related to sports injuries. To learn more about medical benefits of cannabis, enroll in Cannabis Training University's cannabis certification programs today!