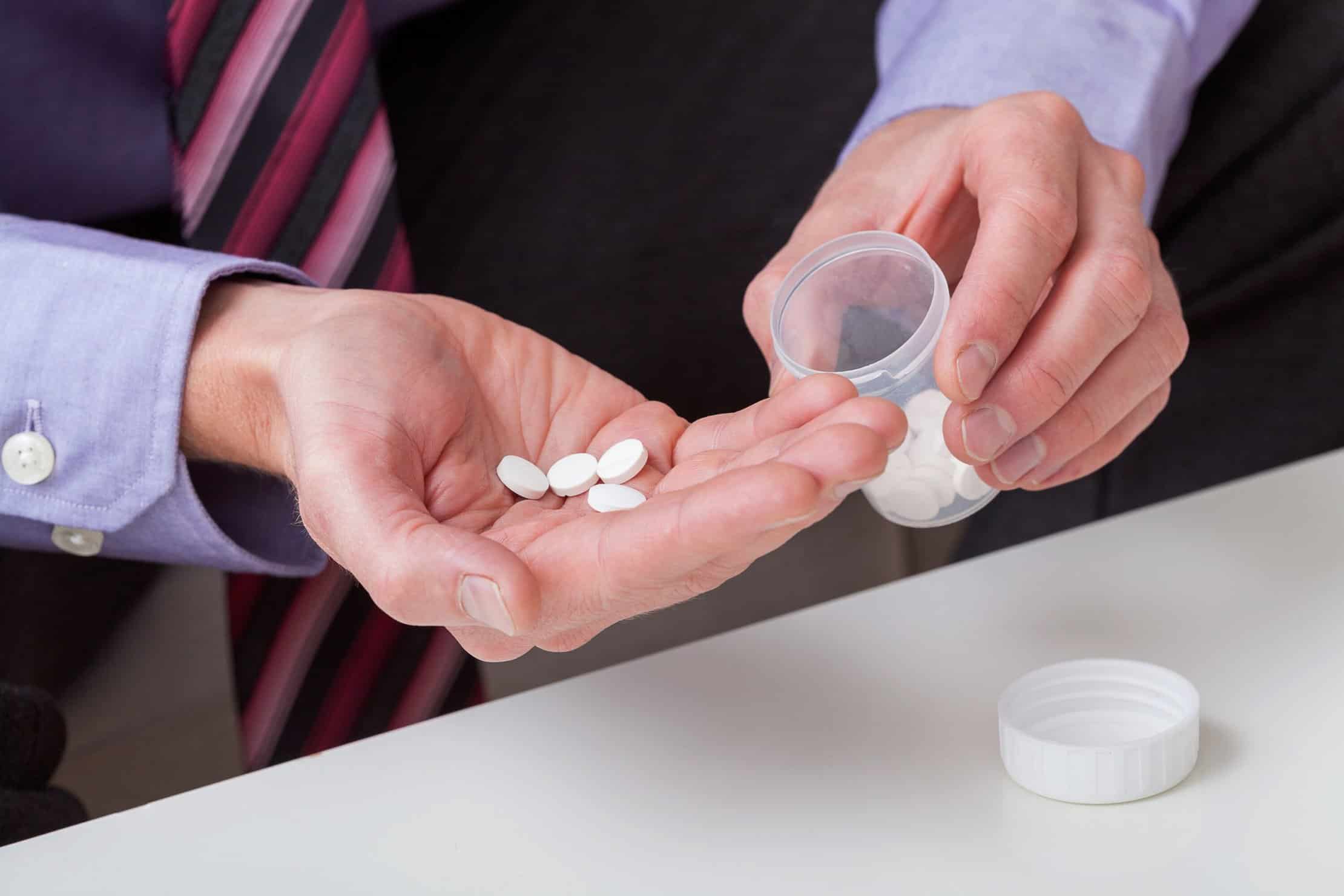 Cannabis is commonly used to treat mental health conditions including depression, anxiety, post-traumatic stress disorder (PTSD), and other types of mental illnesses. Its efficacy has been touted by many users, but the research still hasn’t caught up with the public sentiment. In a nation where anxiety disorders affect 40 million adults, it’s imperative to understand the risks and benefits of using cannabis to treat mental illnesses.

While the research on cannabis use and mental disorders is minimal, many users have come to depend on marijuana products to relieve the physical and mental symptoms of their mental health conditions. Before considering starting to take marijuana alone or in conjunction with antidepressants, it’s important to know the effects of this relatively new drug interaction.

Researchers from the University of Connecticut Health Center released a 2011 study titled Psychotropic Medications and Substances of Abuse Interactions in Youth, in which they performed an extensive literature search of drug interactions between substances of abuse (such as marijuana) and psychotropic medications (antidepressants, antipsychotics, stimulants and mood stabilizers).

Surprisingly, researchers noted “a lack of reports on interactive adverse effects between psychotropic medications and drugs of abuse in youth in general.”

Only a handful of reports indicate adverse reactions after smoking marijuana. The study documented four adolescents receiving tricyclic antidepressants who experienced delirium and tachycardia, but the exact mechanisms of action are still not yet understood.

Researchers have a few hypotheses on why there are so few cases of adverse effects between psychotropics and psychiatric medication. They believe that interactions “either do not happen or they are relatively rare.” Researchers note that “newer psychotropic medications have a relatively high therapeutic index and as a class, generally are not victimized by drug interactions that result in impairment.”

Researchers also theorize that “a lack of recognition” could hide the risks of drug interactions and not make them readily apparent. A closer look at a patient’s history and questions about their drug history could be needed. Patients and doctors may also attribute a symptom to a single medication, without considering the possible drug interaction. Many other reasons could affect the rate of side effects, but the analysis highlights a desperate need for more research.

One of the most difficult aspects of prescribing cannabis for anxiety and depression is the inability to reproduce results. Cannabis plants differ in cannabinoid and terpene levels, even within strains and batches. Furthermore, users may rely on the advice of a well-intentioned but inexperienced budtender who doesn’t know how weed and medications interact.

Cannabis effects are also dictated by a person’s genetics, metabolism, and lifestyle, among other factors. The same strain that provided relief one week could possibly worsen anxiety symptoms the next week due to varying doses, moods, and other factors.

However, initial studies show that weed can reduce the need for antidepressant and anti-anxiety drugs. In a 2013 study led by Dr Gil Bar-Sela, one third of cancer patients reduced the dose of antidepressant or anxiety drugs with the use of cannabis medicine. Patients had no significant side effects except memory loss.

Researchers still don’t know enough about how cannabis affects the way antidepressants work inside the body. They don’t know if weed affects the absorption process or the release of the drug.

One worry is that cannabis interactions in the liver could prevent other medications from metabolizing. This could increase, decrease, or delay the effects of the medication. A delay in symptom relief could worsen anxiety symptoms.

Selective serotonin reuptake inhibitors (SSRIs) are the most common forms of antidepressants. They work by preventing neurotransmitters from getting reabsorbed back into the nerve cells. Instead, they remain in the gap between the nerves, known as the synapse. Keeping the high neurotransmitter count can improve serotonin levels.

Cannabis has also been shown to increase serotonin levels in the brain. When both of these substances increase the “feel-good” molecules in the brain, how does one know how much to take of each? Ultimately, the ideal dose depends on the person and type of product taken.

Users are advised to not quit cannabis altogether if they are also taking an antidepressant at the same time. Cannabis withdrawal symptoms can be mild but can be exacerbated in chronic users. Symptoms of withdrawal include mood changes, irritability, insomnia, loss of appetite, or more severe symptoms such as the worsening of anxiety.

There’s no formula for introducing or removing cannabis from your daily regimen except doing it slowly and gradually.

If a patient intends to reduce or cut out cannabis use as they begin antidepressant treatment, they can do so gradually. Withdrawal symptoms can last a few days or weeks for heavy users.

When first taking antidepressants, it may take a few weeks for the effects to kick in. Furthermore, psychiatrists will start off patients with the smallest dose possible. After a few months, they may alter the dosage to achieve the desired results.

For now, the best thing for a patient to do is to inform their doctor about their cannabis use. While some doctors may not be open to discussing cannabis or even know about its effects, users can find doctors willing to discuss cannabis use to treat mental health disorders.

If you’re interested in learning more about cannabis medicine, cultivation, and other key aspects, sign up for Cannabis Training University’s certification programs today. Learn more about cannabis as a medicine. Hear from cannabis doctors on the latest marijuana as medicine news and studies.

Learn how to invest in the cannabis industry. Start a marijuana business with online cannabis training from the medical marijuana college, CTU.