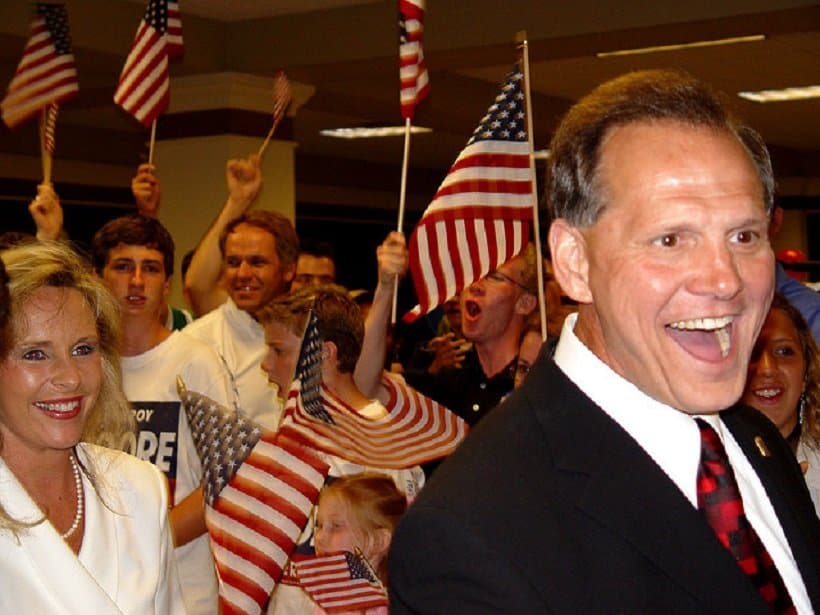 Jeff Session is known for his outright disgust for marijuana legalization, even before he was picked as the United States Attorney General in the Trump Administration. This news has been concerning to medical marijuana enthusiasts. In the wake of the Roy Moore story this past few weeks, it is not looking good for the Republicans and for that reason, the Senate is considering giving back the Senate seat to Sessions. The odds of that happening is slim, but medical marijuana advocates are hoping that Sessions gets out of the Department of Justice and back to where he came from. Let’s take a look at the events that occurred for the Senate to even think about making such a decision.

To date, Roy Moore is causing quite a stir in the media. Who is Roy Moore? He is a Senate candidate for the Republican Party, trying to run for Jeff Session vacant seat. Roy Moore has been accused of being a pedophile forty years ago when he dated under-aged girls. Of course, Roy Moore has denied the allegation. And it appears that many Republicans are embarrassed about the entire ordeal, but many of them have not come out and talked against having Roy Moore and his reputation as part of the Senate majority. Mitch McConnell, the leader of the majority has voiced his conclusion that he believed in the women’s account of what happened and is trying to find a way to get Moore to be persuaded from running and winning the Senate candidacy.

Returning to the Senate

Sheryl Gay Stolberg from the New York Times gave an idea for the possible exit strategy for Sessions to get out of the DOJ so that marijuana legalization can move forward and not be stifled by what Jeff Sessions and the Trump Administration may be planning. Stolberg agrees that a trade should be considered which is to swap Sessions for Roy Moore in the Senate and find an interim person for the attorney general position. But, do you think that Sessions is going to want to give up his position as attorney general? This is not something that Jeff Session has on his mind, of course because of all the controversy that Roy Moore is causing to the Republican Party as a whole.

One of the ideas previously discussed is to get Roy Moore out of the mix is to take Jeff Session from the Attorney General position and placing him back in the seat. This would allow for more marijuana legalization in different states. The ultimate idea to execute such plan is for the governor of Alabama, Kay Ivey to conduct the appointment of Jeff Sessions to his previous Senate seat. But, with Jeff Sessions and Donald Trump not being in the best of terms since his recusal in the Russian investigation, this might not be the best bet. For the marijuana legalization, so much is on the line.

However, if Jeff Sessions should consider the move, it would get him from under Donald’s Trump wings and be able to pursue other avenues where confrontation is not so dominant. In fact, this move would enable Jeff Sessions to come out as a winner instead of going down with the Trump administration, if it is found that the main players are guilty of unscrupulous things with the Russians. If Jeff Session is decides to take his old job back, then the scandal with Roy Moore would eventually be put on the back burner and allow the party to not be so embarrassed. However, nothing is going to happen, if Roy Moore continues to campaign as a U.S. Senate candidate. If Sessions decides to go back to the Senate, marijuana legalization may be safe from being federally attacked, but we don’t yet know what the interim successor would do.