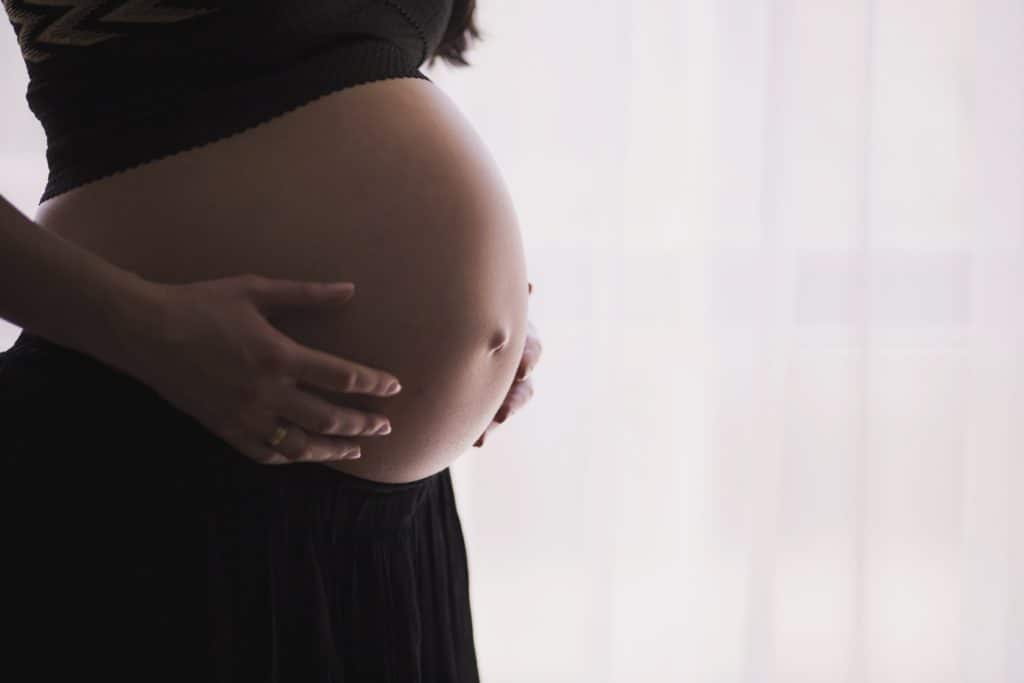 Marijuana use has increased across all demographics due to recent cannabis legalization efforts. Pregnant women and women who have just given birth are consuming cannabis to treat common pregnancy side effects such as morning sickness, anxiety, pain, inflammation, and other discomforts. According to the Center for Disease Control, 1 in 20 women in the U.S. reports using pot while pregnant.

Billboards, commercials, and promising scientific studies can make cannabis appear like a seemingly harmless substance, but the reality is that we still don’t know everything about prenatal cannabis effects on infants. Research about the subject is limited, but the few studies that have tested marijuana’s effects on babies during pregnancy give expecting mothers a reason to worry.

How Prevalent is Cannabis Use in Pregnancy?

The American Congress of Obstetricians and Gynecologists (ACOG) estimates that between two to five percent of women use marijuana while pregnant. Anywhere between 15 to 28 percent of young, urban, and socioeconomically disadvantaged women consume cannabis during pregnancy. The ACOG recommends doctors to screen for cannabis use in pregnant women and advise them to quit.

Only a few studies have studied prenatal cannabis effects on infants, and these studies haven’t focused on cannabis exclusively. Study participants have concurrently taken other substances such as alcohol and cigarettes while pregnant, which calls the study’s results into question regarding marijuana’s specific effects. In particular, doctors have noted consistent side effects for infants born from mothers who consume marijuana including:

Marijuana Effects on Infants After Birth

Three large-scale studies on the effects of cannabis use during pregnancy have occurred since 1978. The first was the Ottawa Prenatal Prospective Study, which surveyed 700 pregnant women and 200 children into adulthood. Researchers sought to measure cognitive and physical development, psychomotor ability, and other developmental abnormalities.

The Maternal Health and Practices and Child Development Study followed 580 children born from cannabis users until they were 14. The Generation R study is studying normal and abnormal growth and development in a multi-ethnic urban population in the Netherlands. All studies found that cannabis users gave birth to infants that experienced developmental problems years down the road including:

According to the studies, the affected children could exhibit mental health issues well into their adolescent years, including attention-deficit problems and depression. Furthermore, studies cite that these children were more likely to consume drugs and exhibit delinquent behavior. Behavioral issues, however, can’t be directly attributed to marijuana use since children grow up in different and complex environments.

Even after giving birth, infants can be exposed to tetrahydrocannabinol (THC), the main psychotropic compound found in cannabis. When consumed, THC enters the bloodstream and can be stored in fat cells for an extended period of time, especially in chronic users. THC can also build up in breast milk, which can pass into the feeding infant. A May 2018 study looked at eight moms with infants ranging from two to five months old. The study found that infants consumed 2.5 percent of the mother’s dose of THC from cannabis consumed before breastfeeding.

Contrary to popular belief, all cannabis exposure can affect a developing infant. While vaping, edibles, and topicals are seen as a healthier alternative to smoking, they can still affect the baby, although we don’t know to what extent. Much of this misconception is due to the fact that people largely depend on the information they read online, because healthcare providers are unable or unwilling to provide guidance about marijuana use during pregnancy.

In some states, healthcare providers are instructed to contact child welfare agencies if a patient reveals that they consume marijuana. Additionally, not directly addressing the cannabis health risk during pregnancy can make some women feel like marijuana is safe to consume.

Recent research efforts are more focused on the specific and singular effects of cannabis exposure on the brains of developing infants. Researchers at the University of Washington’s (UW) School of Medicine began a study in May 2019, called the “Moms + Marijuana project.” For the study, they’re recruiting 70 women who currently use or don’t use cannabis and are up to 13 weeks pregnant.

The study will be the first of its kind to assess infant growth and development without other substances such as alcohol and cigarettes affecting the outcomes. Babies will receive an MRI scan to compare the brain development of babies born from cannabis-consuming mothers and non-cannabis-consuming mothers. Despite the internet backlash about the safety of the study on infants, the study continues to trek on and pave the way for future research.

Marijuana has been shown to reduce common pregnancy symptoms. Unfortunately, limited research leads to vague guidelines on how to safely use cannabis during pregnancy. Until we have more studies on the specific effects that marijuana can have on a developing infant’s brain, the healthcare community won’t rally behind marijuana use during pregnancy. Healthcare practitioners should recommend alternative therapies to treat pregnancy-specific symptoms until we know cannabis use is safe for pregnant mothers.

To learn more about cannabis as a medicine enroll at the Medical Marijuana College today.

Learn all about marijuana as a medicine online from real-world cannabis doctors and scientists.