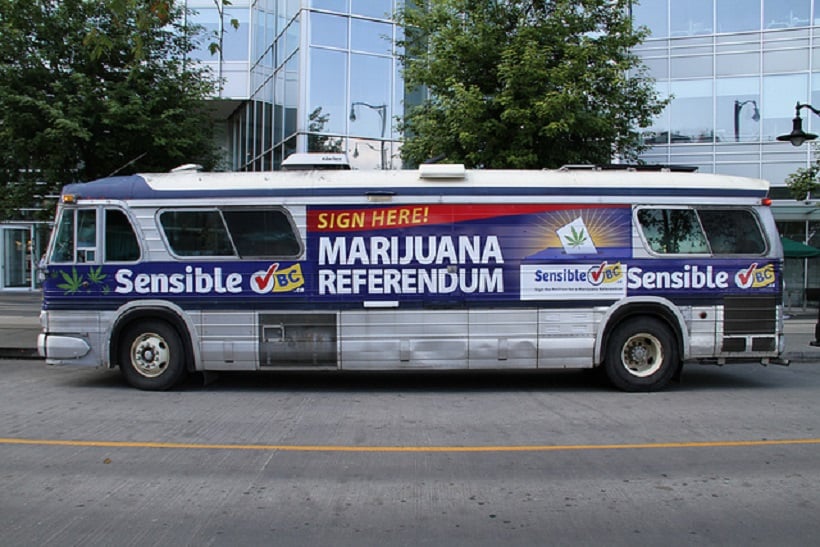 Marijuana decriminalization has been the chosen path for many states after voters approved of it during the November 2016 election. In Missouri, an initiative was introduced on the ballot. It was marijuana decriminalization for the possession of 35 grams of weed or less for people 21 years and older. What does that mean? It means that if you are caught with up to 35 grams of weed, all you get is a $25 ticket from law enforcement.  Under the existing law (before the new legislation was instituted), if you were to possess between 10 to 35 grams of weed, you would be charged with a misdemeanor of up to one year in jail. If you possessed less than the 10 grams of weed, it would be considered a misdemeanor, but you would get no jail time, if this was the first offense. However, with subsequent offenses, you would possibly be given jail time of up to one year. Let’s look at what the ballot question indicated and why the voters approved of it.

The question on the ballot asked if voters thought that the city of Kansas and its municipal court should limit the kind of approved punishment imposed on residents for the control or possession of up to 35 grams of weed to a maximum fine of $25. Apparently, most of the voters thought so and answered the question definitively yes. Part of the question was whether legislation for marijuana decriminalization should eliminate the jail time that used to be the punishment for possessing marijuana. The voters again agreed and answered yes.

In New Mexico, Senate Bill 258 was approved by the House Consumer and Public Affairs Committee and got an undisputed vote. The proposal was passed with a vote of 33 to 9.What will the Senate Bill 258 do for marijuana decriminalization? Well, it amended the previous bill so that penalties could be reduced for marijuana possession. The new bill states that if a person is convicted of being caught with an ounce or less of weed, then that said person would be assessed a fine of $50. For more than the ounce and up to four ounces marijuana possession has a misdemeanor of 15 days or less in jail. For more than the four ounces and less than eight ounces, the penalty is up to one year in jail.

In the state of New Hampshire, the House Bill 640 was approved in June 2017. The marijuana decriminalization laws will address the possession of both hash and marijuana. The bill was passed in both the House and Senate and now goes to the Governor Chris Sununu to sign into law. When it finally goes into law, marijuana possession will not be an offense that will be arrested as long as adults possess three quarters of an ounce of weed or five grams or less of hash. The misdemeanor charge will become a civil infraction and persons will be fined $100 once it is a first or second wrongdoing. If the person commits a third offense, then the fine will increase to $300 and for a fourth offense within a period of three years, it will be a misdemeanor charge and no jail time. New Hampshire residents are pleased about this new marijuana decriminalization law.

The state of Florida has its own marijuana decriminalization laws through the House Bill 1403 and Senate Bill 1662. The legislation proposed indicates that anyone in possession of an ounce or less of weed will receive a charge of $100 or less. This has to be paid within 15 hours of the offense where the person will do community service. So no arrest will be made.

To learn more about marijuana decriminalization in other states, be sure to visit the Cannabis Training University.