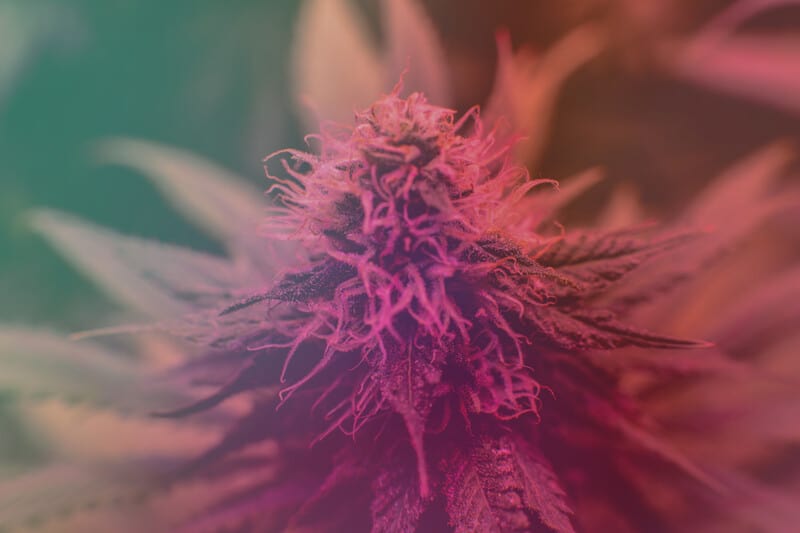 I’ll make an offer you can’t refuse and ask have you heard about the Mob Boss strain? The strain has one of the cooler names in cannabis with a great lineage to back it up. One of the parent strains is one used to create Sour Diesel so we are truly talking about genetics that matter.

The potency is something that you should be careful with as it can be too strong for beginners. The last thing that you want is to become uncomfortable due to messing with Mob Boss and ending up paranoid. The strain can be great for those that want to graduate to stronger strains and are looking for one with a great clear high.

Mob Boss strain is a 60/40 Indica-dominant hybrid of Chemdawg and Tang Tang. Expect pressure behind the eyes to the point where you think a real mob boss slapped you across the face for disrespect of the family. Your head will be clear while your body truly relaxes but not to the point of sleep or sedation.

Chemdawg has an incredible high as your body will be relaxed and your mind will be hazy. This strain is great for those trying to focus on something creative. Chemdawg is used to create Sour Diesel which could be one of the most popular wake and bake strains in cannabis.

Tang Tang is a pure Sativa so get ready to be energized and focused! Keep snacks around as this strain is known to give you quite the appetite. Expect a spicy citrus taste with a hint of diesel which makes this a strain that is a favorite among some cannabis consumers.

If you love the high of Mob Boss, you should look for strains with similar effects. Strains that will deliver a very similar high include Wookie and Strawberry Banana.

Mob Boss can be grown indoors and outdoors depending on your preference. This is a durable strain that can endure lower temperatures and requires only low wattage light when grown indoors. Hydroponic settings can help drive up potency and improve the taste of this bud.

The yield of this strain is quite healthy and the genetics of the strain makes it relatively easy to grow. Invest in some supplements that can help assist the grow during different phases. Less is more in some circumstances as you do not want to water your plants too much or over supplement nutrients leading to nutrient burn.

The flowering period of Mob Boss is 60 to 75 days which is quite long. The appearance of this strain is light green with orange hairs along with a huge coating of trichomes. The trichomes are so abundant that there is a white tint to this strain.

Finding strains that have similar flowering times or require similar care can provide convenience. You can put these strains in the same flowering tent and take care of them almost in an identical fashion. Some strains might require more humidity while others need it to be dry as they are susceptible to mold. Strains that are similar to grow when compared to Mob Boss are Sticky Buns and Cookies & Cream.

The THC percentage of Mob Boss is between 19 and 22 percent. For this reason, we cannot recommend the strain to beginners but those with a bit of experience with potent strains should have no issues. Remember that overconsumption of this strain can lead to sleep as you will drift into a deep state of relaxation.

Flavor And Aroma Of Mob Boss

The flavor is citrus and lemon while the aroma is citrus and floral. The terpene profile is made up of Valencene, Phellandrene, and Pinene.

Valencene has a citrus flavor and aroma. Strains that contain this terpene tend to be great at reducing inflammation.

Pinene has the aroma of pine and can help reduce anxiety, stress, and pain.

Phellandrene has the aroma of wood, mint, and citrus. Strains that contain this terpene help increase energy levels while simultaneously reducing pain.

Marijuana has changed the lives of so many people around the world that were suffering from one ailment or another. Cannabinoids can work wonders in the body’s systems and help bring cells back to a state of homeostasis. Mob Boss can help with the following medical conditions:

Mob Boss does not have an immense amount of CBD but more than makes up for it in THC. Adding a bit of CBD flower to a bowl can allow you to reap all of the benefits marijuana has to offer. Take the time to see how much CBD you would have to take daily to find relief as dosages differ for everyone.

Mob Boss is a strain that you should invest in whether you are buying seeds or flower. The strain is relatively easy to grow and durable so beginners should not be afraid. Make sure the seeds you get are from a reliable seed bank as you don’t want bad genetics ruining your grow.

Growing marijuana takes experience and the assistance of someone that has done it before. Commercial growers are the best to have help you as they have handled a variety of strains using a variety of growing techniques. Small things like making sure a tent isn’t too humid or you are not watering your plants too much can drive up potency and yield.

CTU offers the best marijuana growing classes online so you can learn from the comfort of home. Our team is full of commercial growers and professionals that have handled nearly every role in cannabis. Our knowledge can help you gain employment in the cannabis industry as everyone needs a master grower.