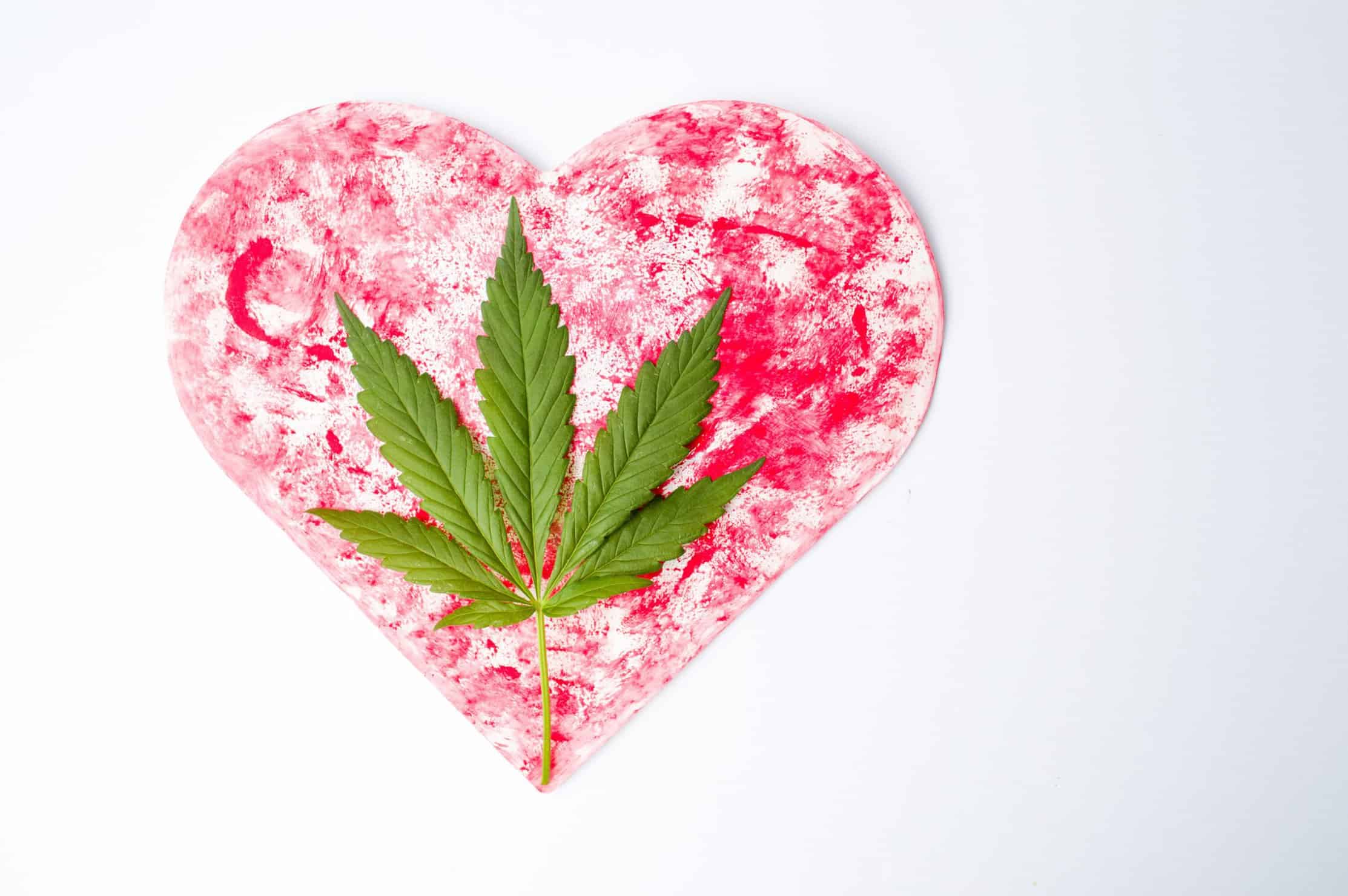 Valentine’s Day Cannabis Strains to Share with Your Sweetheart 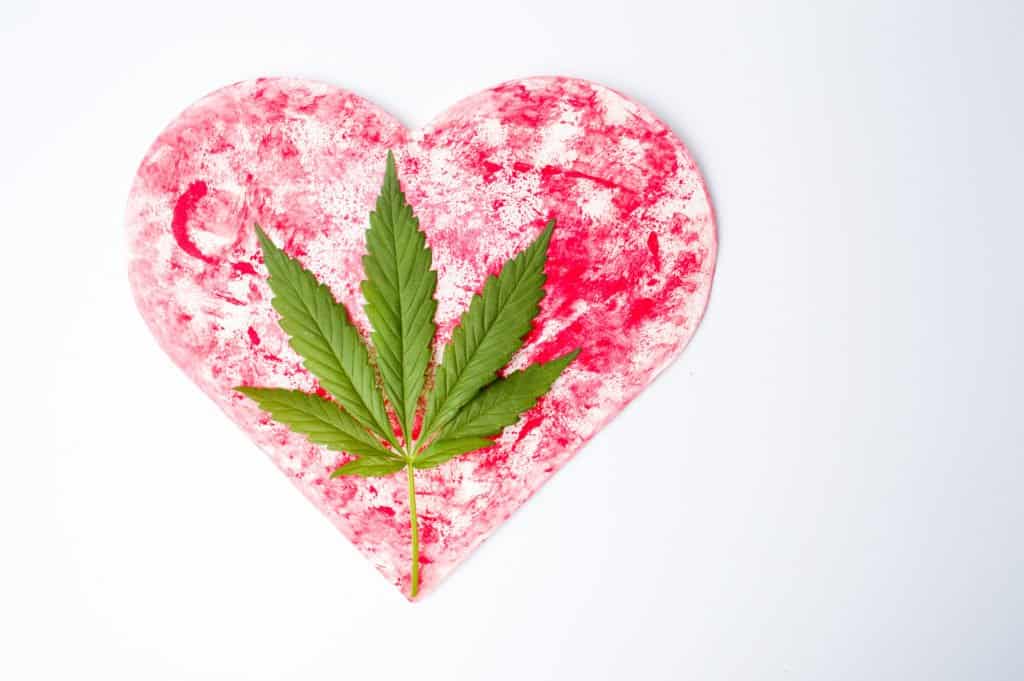 Valentine’s Day Cannabis Strains to Share with Your Sweetheart

February is here, and Valentine’s Day is right around the corner. This is the time of years when couples declare their undying love for each other and celebrate with gifts like chocolate, champagne, and other indulgences. This year, don’t forget the cannabis! There are a number of strains that are not only fun to share with your significant other but are also known for their aphrodisiac properties.

Before we delve into a discussion about what strains are the best for romance, let’s consider the history of Valentine’s Day and why we continue to celebrate it to this day. Although it’s not considered a major holiday by many, recent polls indicate that 62 percent of Americans are known to actively observe Valentine’s day, and more than 150 million Hallmark and other holiday cards are exchanged to commemorate the occasion.

But let’s examine the ancient roots of Valentine’s Day and why we continue to observe this special day. Also known as St. Valentine’s Day, a great deal of mystery surrounds this patron saint. What we do know is that the month of February has a long history and tradition for being a month of romance. Spring, the season known for its rejuvenation of life, is just a short time away.

St. Valentine’s Day has roots in both Christianity and Roman culture. The Catholic Church recognizes a few different saints named Valentine, and one school of thought maintains that Valentine was a priest who lived during the third century in Rome. According to legend, Roman Emperor Claudius recognized that unmarried young men made better warriors in battle, so he banned marriages for males that were under a specified age. St. Valentine was quick to recognize the injustice of this ban and defied Claudius by continuing to perform marriages. When Claudius learned of this violation, he put St. Valentine to death, making him a martyr who defied the law in honor of love. Regardless of whether this story is based in factual historic events or not remains a matter of debate and speculation.

Clearly, St. Valentine’s Day has a long history, but on its historical timeline, cannabis has only recently become a part of it. Many people recognize that marijuana increases amorous feelings and make the heart grow fonder for loved ones. But are there compounds in cannabis that work as aphrodisiacs to stimulate sex drive? Many people believe this to be true. In fact, there are an increasing number of cannabis-infused topicals on the market that are sensuous lubricants designed specifically with sex in mind.

Let’s face it, people claim that many different foods, oysters being a perfect example, heighten feelings of romance, so the idea that cannabis can do the same thing is not farfetched at all. In fact, a study published in the Pharmacological Research Journal found that approximately half of its study subjects, both male and female, experienced feelings of sexual arousal from consuming cannabis. When it comes to specific strains that will enhance lovemaking, several are known for aphrodisiac properties. Interestingly, a good share of them have terpenes that deliver a chocolate flavor—and chocolate has long been known as an aphrodisiac that many women, in particular, find almost irresistible.

Let’s walk through a short list of strains you may want to enjoy with your sweetheart this Valentine’s Day. If you set the mood with a blazing fireplace and a bottle of champagne or other libation on this frosty mid-February evening, one of these strains may just set the perfect mood for an evening of intimacy. All of the following strains, whether indica or sativa, received recommendations for their aphrodisiac qualities, and while your partner’s experience may differ, you can have a lot of fun experimenting with some of them to see where they take you on this special day. You may just find that one of them is perfect for this occasion and will see continued use on future Valentine’s Days.

With flavors of sweetness and spice, this pure indica is also known for being an aphrodisiac. As an indica strains it is deeply relaxing and known as a good remedy for anxiety and anxious moments. The rich, earthy flavors are uniquely different from many other indica strains, with spicy notes of coffee, caramel, and subtle chocolate notes. Although it’s not seen as often as many other strains commonly seen in dispensaries. Maple Leaf Indica is a classic that’s been around for years. Keep your eyes peeled for it.

Since it’s a strain with strong chocolate flavor and fragrance, it should come as little surprise that Chocolope also delivers in the bedroom department. As a sativa-dominant strain, Chocolope combines the upbeat effects of its Chocolate Thai and Cannalope Haze parents, to produce a happy, strain that can give less-experienced cannabis users a case of the giggles. With a mood lifter like this, feelings may soon turn to love, and Chocolope’s uplifting qualities won’t zap much-needed energy like some other strains do.

Like Chocolope, Green Crack is an energizing sativa-dominant strain that provides stimulating sexual motivation for couples. Many are put off by the name, but Green Crack has very pleasing effects. There are two varieties, one that leans to the sativa side and the other that performs more like an indica. For the best aphrodisiac effects, find the sativa version, which has received rave reviews for promoting sexual desire.

Another chocolate-flavored strains (see a trend here?), Chocolate Chunk is a Dutch indica strain from THSeeds that’s hard-hitting and provides blissful effects and extreme relaxation. Pungent, chocolatey, and earthy flavors combine to create a satisfying cannabis experience that many Chocolate Chunk devotees say quickly puts them in the mood for love. It makes an excellent alternative to Chocolope for people who love chocolate strains but prefer indica to sativa.

When a strain has iconic, powerhouse parents like Sour Dream’s, good things usually result. Created from crossing sativa-leaning hybrids Blue Dream and Sour Diesel, Sour Dream provides a socially interactive experience that is known to ignite flames of desire. Rich flavors of berry and diesel provide accurate hints about this strain’s specific parents. The balance is just about perfect, but are subtle enough to defy most people from guessing its genetic background.

Ultimate Trainwreck is like the popular Trainwreck strain on steroids. It’s a punchy sativa that has more of a dreamy and calming balance to it than the clear-headed and focused high for which sativa strains are known. Despite its sativa genetics, this strain will cloud your mind a bit, more like an indica. With complex flavors of spice and mint, Ultimate Trainwreck also has a fruity sweetness and ranks higher than almost any other strain for its aphrodisiac effects. Ultimate Trainwreck appears in dispensaries sporadically and is more popular on the West Coast than anywhere else. Pick some up if you come across it at your local dispensary.

Granddaddy Purple is on so many “best for” cannabis lists that it should come as no surprise that it appears here as well. Rich fruity flavors and a deeply relaxing effect go hand in hand with a dreamy mental state that’s quite good for an evening of indoor activity. The fact that couples like the sexually motivational effects of Granddaddy Purple is no doubt evidence of why it’s such a perennial favorite.

When you plan your Valentine’s Day this year, no doubt you will focus on that someone special in your life. Consider changing up your game plan this year to include an aphrodisiac cannabis strain. You just may find that the results please both of you, and a new Valentine’s Day tradition results. Enjoy!