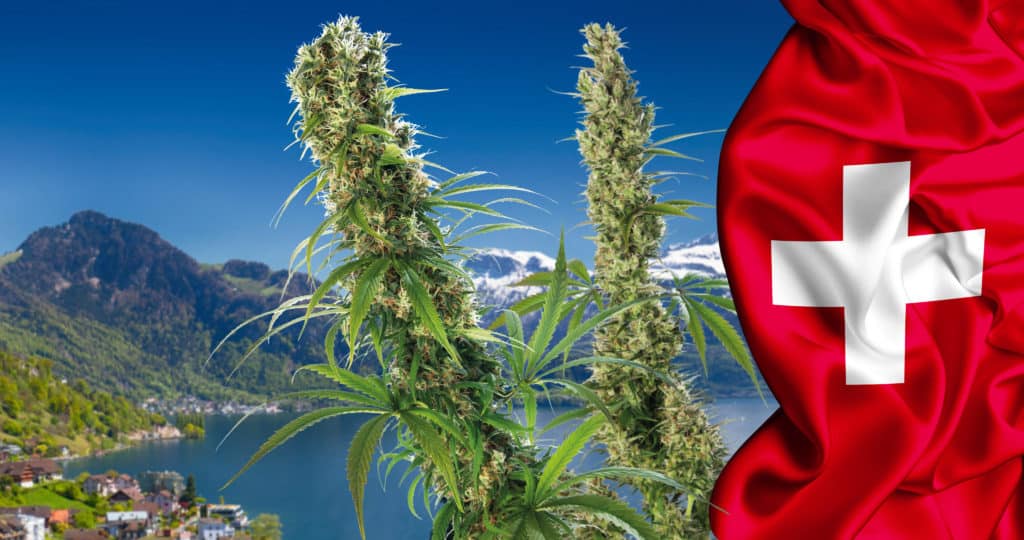 Switzerland Opens the Door to Marijuana

The country legally allows for the possession and sale of low-THC cannabis that contains less than one percent THC. Cannabis with low levels of THC is sold under the name “C-Pure” and is found in headshops throughout the country. Unfortunately, since low-THC marijuana looks and smells like full-strength marijuana it is often confiscated by local police. However, headshops can contest the police seizure of their products. The police authority must return the product if the marijuana is tested, often at the expense of the police, and recorded as having less than one percent THC.

Low-THC cannabis has led to a market for high-CBD flowers in the country. Currently, Switzerland has several dispensaries in many major cities that sell various strains of CBD flower, as well as oil and tinctures. Online sale for CBD flowers is also available. Twenty-four Swiss francs, worth roughly the same amount in American dollars, can get you 10 grams of 7.2 percent CBD, 0.4 percent THC flower—and you can get it delivered to your door! Marijuana advocates are currently working on legislation to allow full-strength marijuana sales.

During April 2017, a group called “Legalize It” launched an initiative to legalize full-strength cannabis. The group has the next 18 months to gather 100,000 signatures, which is the minimum amount required to qualify for a referendum known as a popular initiative.

Advocates tried to pass a similar referendum during 2008; however, 63% of the voters rejected it because there was no mention of sales to minors or a proposed tax. The current petition includes a ban on sales to minors and a plan to impose a sales tax on all purchases.

The initiative also aims to legalize communal cultivation of cannabis for consumption. The initiators argue that their plan would generate money for the state instead of criminal organizations.

During October 2013, a Swiss law reduced the penalty for cannabis possession to a fine of CHF 100 for amounts of 10 grams or less. According to Tribune de Genève, approximately 350,000 to 500,000 people are estimated to consume hashish or marijuana in Switzerland. It is noted that some areas hardly ever penalize those caught in possession of the drug, however some areas are very restrictive.

Currently, anyone over the age of 18 caught with 10 grams or less of the drug will no longer have to make a court appearance and will not have offenses entered into their permanent record; instead, violators will have to pay a fine of 100 Swiss Francs (approximately $110 U.S. dollars), then be on their way. Even though the country decriminalized the possession during 2013, it is still illegal to cultivate and sell cannabis until the laws are changed.

To learn how to begin a cannabis career and receive all the cannabis training you need, sign up today at the leading cannabis college.