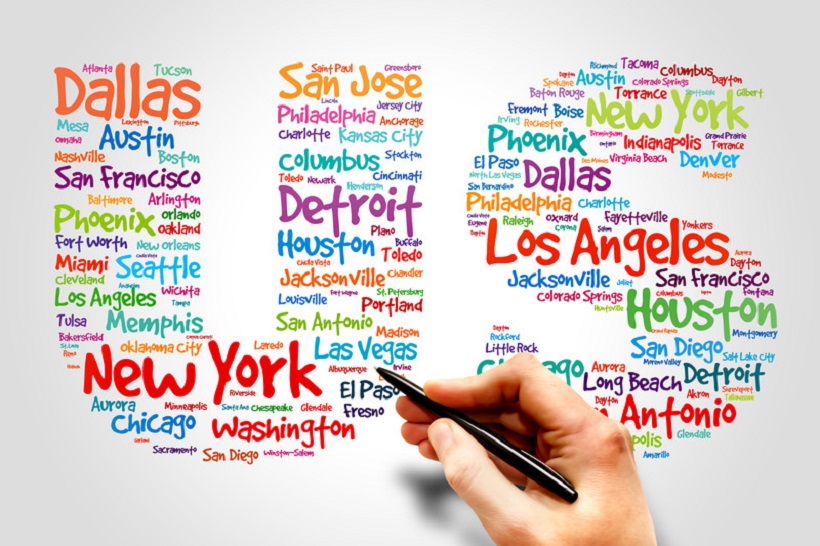 If you were to assess the legalized cannabis industry as an outsider it might appear as if there are a wide range of jobs to be had without training. While, there may be a lot of six figure cannabis jobs across the country, when you have the required training, it makes you more of a viable candidate among your competitors. Moreover, there are certain cities where you will find more open positions than others. When we did our search for the best cannabis cities if you are looking for work in the industry, we found that there were some that were better than others too. If you are conducting a search on your own, you should try to understand the existing job market in this growing industry. And even though, there are more states legalizing and embracing the passing of medical and recreational weed, the cannabis industry is heavily concentrated in the west coast region and in the state of Colorado primarily.

The first state to pass medical cannabis reform was California and this took place in 1996 by way of thee Compassionate Use Act. The state of Colorado, on the other hand, was the first to pass laws governing legal recreational use of marijuana and this took place in 2012. The state of Oregon and Washington are also legal cannabis supporters and is the region where you could find gainful employment in the cannabis industry. Let’s take a look at some of the best cities to be employed in the cannabis industry.

Denver is considered the “Mile High” city and is one of the best in the cannabis industry. There are so many things that you can do in this city, especially as a tourist as there are marijuana tours where you can learn more about weed and the industry. There is a vast array of marijuana dispensaries with a wide range of products in their inventory. Stepping into one of the dispensaries as a new resident looking for a cannabis job, you can just ask for the manager and submit your resume. If you have a marijuana certificate, you will get your foot in the door easier. They are always looking for trained and knowledgeable professionals. The city of Denver is considered progressive in terms of the growing cannabis industry. So, your expertise will always be welcomed. Denver is the social meeting place for cannabis enthusiasts who may meet in coffee shops, dispensaries, art galleries and record stores. So, you don’t have to seek a job in a dispensary. You have other options to contribute your expertise as a cannabis worker. You could also work as a tour guide in one of the tour companies located in the city of Denver.

We had to put the city of Portland on the list since both recreational and medical marijuana have been legalized in that region. The city of Portland has embraced the cannabis culture in more ways than one. The cannabis job market has shown much growth. In fact, you will notice ‘green plus’ signs almost everywhere in the city. The major publications in Portland have also embraced the culture and cannabis industry and so, you may find cannabis jobs posted on a daily or weekly basis, which might be the first place to start your marijuana job hunting. The “Green Mile” is a stretch of long road where you will find most of the marijuana dispensaries where you can also walk in and apply for a job.

The City of Seattle

It is always wise to seek a cannabis job in areas where weed is deemed legal, even if you have to relocate. It will be worth your while. Seattle is one of those cities where you will find a wide range of jobs in the cannabis industry. You can work as a freelancer, in technology, in tourism or in sales.

The City of San Francisco

The entire state of California is opened to having numerous jobs in the cannabis industry. However, the city of San Francisco has shown more growth, especially since recreational use of weed has been regulated and legalized in 2017. Primary caregiver jobs are readily available to those who have adequate training. Learn more about the job market inside the cannabis industry by visiting the Cannabis Training University.