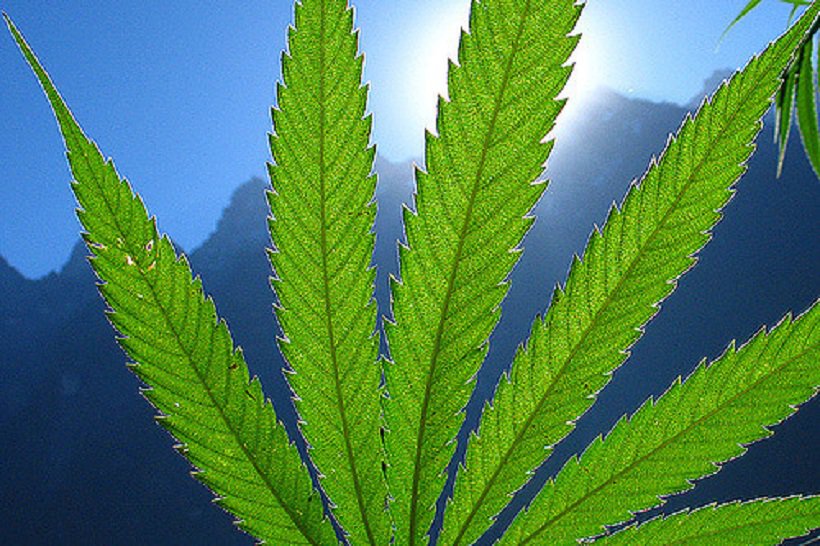 What to Do With Weed Stems & Cannabis Leaves

What to Do With Weed Stems & Cannabis Leaves is a very common questions amongst marijuana growers. Do you want to know how to use cannabis leaves? You should know first that these leaves are not considered to be waste material. They have their benefits.

If you grow your own marijuana plants and it is now time to do the trimming, drying and curing of the marijuana buds, you should also keep the cannabis leaves. Some marijuana growers make the mistake of throwing away the stems and leaves, treating them as waste material.

You don’t have to do the same. You can utilize cannabis leaves in various ways. This allows you to squeeze the most out of the harvest. In a traditional sense, various parts of the marijuana plant were used for a wide range of reasons and this is the case even today. The cannabis leaves are not all useless and you should take advantage of them. Let us look at the smoking aspect of it.

Can You Smoke Your Weed Stems and Cannabis Leaves?

Now, let’s look to see if you can smoke these leaves. During the trimming phase, you will usually notice larger fan leaves. Sugar leaves are the smaller version, which will usually be covered with trichomes. For this reason, they have a high level of THC content. To avoid the loss of the high potency, some marijuana growers will generally let the sugar leaves stay on the buds. In so doing, however, when you smoke these leaves, they are not as smooth and they are definitely stronger.

Cooking With Your Marijuana Leaves

Fan leaves are not smoked because of their lower levels of THC content and fewer trichomes. However, you can use fan leaves to make your edibles such as cake or brownies. The cooking and baking process extracts most of the leave’s potency. The good news is that you will have enough cannabis leaves to put in your edibles. You can also use the marijuana stems in your cannabutter.

Use the cannabis leaves to make tea. The cannabinoids that are present in the leaves are fat-soluble instead of water-soluble. What does this mean? It means that you can use it to make, not only cannabutter but also tea. Pour milk in a pot and put your leaves in it, bring to a boil and then simmer, allowing the smell and flavor to be transferred into the tea. This is great medicine for the body and the mind.

If your cannabis leaves are moist and you haven’t trimmed them, then you can juice those cannabis leaves. If you were to consume the leaves while they are raw, they would be considered superfoods. You would be able to absorb the cannabinoids much easier when consumed in a raw state. So avoid letting the leaves be dried out after trimming. Instead, put the leaves in a blender and blend with other ingredients to make a smoothie. You could add banana, strawberry and coconut milk to it.

If you make homemade pizza, you could add your cannabis leaves as a pizza topping. But, they have to be dried and grounded first. This also allows you to use it as an herbal product. It has quite a lot of nutritional value in this form. You can also sprinkle it on your salads and pasta.

The iconic marijuana leaf also contains a trace amount of trichomes, the microscopic resinous glands that produce the plant’s therapeutic compounds such as cannabinoids, terpenes, and flavonoids. Each one of these compounds contributes to a strains unique potency and aroma.

Cannabis leaves and stems can easily be infused into your favorite cocktail or mocktail for an added kick of cannabinoids and terpenes. Users can make an infused Green Dragon concentrate, a type of cannabis tincture made with alcohol, to infuse into alcoholic beverages.

After grinding and decarboxylating marijuana leaves and stems, users can add the material into a jar with a lid. Add enough water to cover the material and let the solution sit in a dark and cool area. Users can shake the jar daily for a week, after which the mixture can be strained to leave behind a concentrated cannabis tincture to be used in alcohol mixes.

How To Make Bubble Hash From Marijuana Stems And Leaves

First, the water and cannabis leaves and stems are placed in a bucket lined with filtration bags made of screens similar to ones used when producing dry sift kief. When agitated, the trichomes fall off and sink to the bottom, while the plant matter stays on the surface.

After the material has settled, the bags are separated and the trichomes are removed. The bubble wash is then dried and is ready to consume through smoking.

Removing fan leaves from marijuana plants is a common cultivation technique also known as leafing or defoliation. Through a selective process, marijuana growers can carefully prune excess foliage to allow lower branches to get more sunlight or allow for more bud growth.

Removing fan leaves from marijuana shouldn’t be taken lightly, though. Growers must consider the advantages and disadvantages of removing a healthy cannabis leaf. Plant leaves are crucial in the production of energy from sunlight through a process known as photosynthesis.

If possible, healthy pot leaves can be tucked underneath another branch to allow other leaves and buds to take in light without damaging the healthy leaf. If you’re considering removing fan leaves from marijuana, choose to cut off discolored or damaged leaves first starting at the bottom.

Some growing experts, however, believe removing too many healthy leaves can stall chlorophyll production and plant growth, as well as stress out the plant.

If you find it necessary to remove fan leaves that block bud clusters, fan leaves can be removed in the latest stages of the plant’s life cycle. Chopping off numerous healthy leaves too soon can lower your yield.

Master growers recommend composting cannabis scraps such as stems and leaves to produce an organic soil mixture. Not only does saving your cannabis fan leaves provide nutrients to your plants through the soil, but it also reduces the amount of household waste produced.

Cannabis leaves can be shredded and mixed with other organic and inorganic compostable material to make a soil amendment. Leaves that are no longer marketable don’t have to end up in a landfill.

If you don’t want to decarboxylate your stems and leaves for future consumption, you can always find other creative uses for your organic waste. For instance, a bunch of stems can work as a screen or filter for a bowl or bong piece when smoking.

The fibrous stems and stalks from cannabis can be worked into numerous functional and artistic objects including a DIY hemp wick. Simply strip long stems and stalks with a sharp blade to produce multiple strings of fiber. Afterward, twist the fiber strands together in a rope-like fashion. Finally, dip your twisted fibers into beeswax to keep the wick together.

With extra-long stems and stalks, users can even make cannabis baskets by following a woven wicker basket tutorial. Since cannabis stalks can run the risk of breaking, users should soak the stems and stalks overnight in water to make them more flexible.

Final Thoughts: There Are Ample Opportunities for What to Do With Marijuana Leaves and Stems

Cannabis leaves can also be used to make hash oil or hash. It also makes a good tincture. Be creative and you would be surprised to know what you can do with cannabis leaves.

Want to learn much more about how to grow marijuana? Sign up for the #1 rated cannabis college and learn how to grow weed from pro cannabis cultivators.