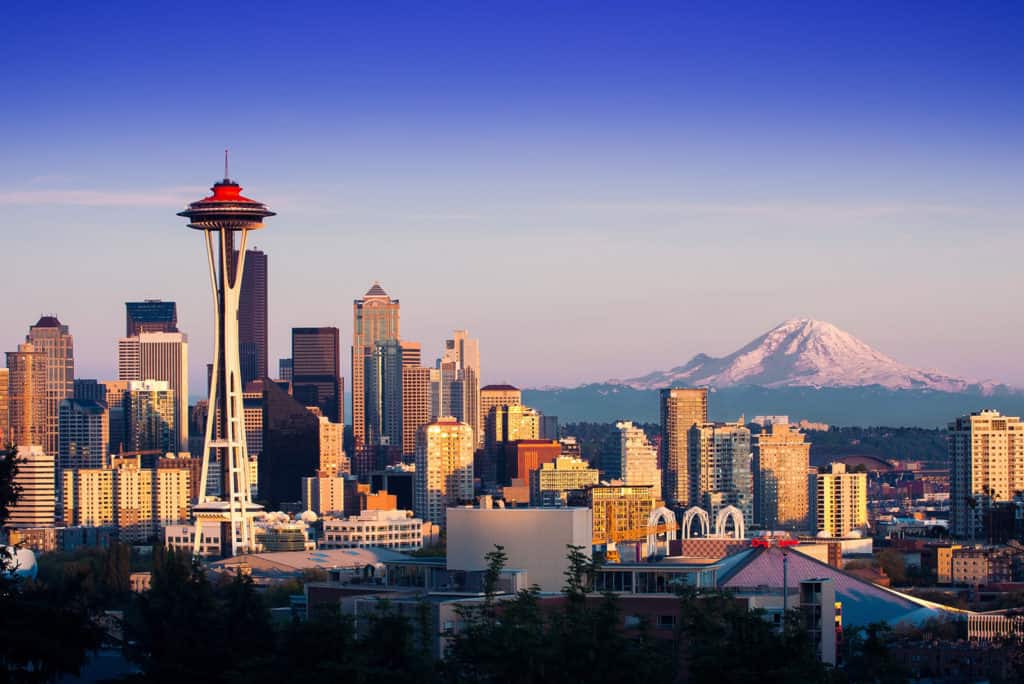 Let’s examine the Washington Medical Marijuana Laws. Washington state has a lengthy history with cannabis decriminalization, but its recent legislative efforts have made The Evergreen State one of the leading medical marijuana states in the nation. Currently, medical and recreational cannabis are legal in Washington.

If you’re 21 and older, you’re free to purchase and use cannabis from a state-licensed dispensary. All you need is proof of identification. If you’re a medical user, however, you need a medical recommendation and medical marijuana card to buy medicinal products. Here’s what you need to know about Washington’s medical marijuana laws.

Washington’s first cannabis laws in 1923 sought to prohibit the substance, which was viewed as a dangerous narcotic used by violent immigrants. As cannabis use became more prevalent throughout the 1960s, Washington state reduced the punishment for possession of 40 grams or less to a misdemeanor in 1971.

In 1979, the Washington Court of Appeals overturned a possession conviction and ruled that cannabis was a medical necessity under some conditions. Unfortunately, quality medicinal cannabis was hard to come by. During the 1990s, cannabis co-ops and buyer’s clubs opened up and lawsuits against the state attempted to reschedule marijuana for medicinal purposes.

A failed 1997 ballot initiative, Initiative 685, sought to decriminalize marijuana and parole marijuana prisoners. In 1998, Initiative 692 removed the parole amendment and passed with a margin of 59 percent to 41 percent.

Washington’s historic vote enabled licensed doctors to recommend medical cannabis for a variety of severe medical conditions including AIDS, wasting syndrome, chemotherapy-related nausea and vomiting, chronic muscle spasms, epilepsy, glaucoma, and treatment-resistant pain. The state would be able to approve additional conditions as necessary. Patients with a doctor’s prescription were allowed to buy and possess a 60-day supply of marijuana. Illegal dispensaries sprouted up but were quickly shut down.

An incredible network of support consisting of newspaper publications, elected officials, and cannabis advocates helped pass I-502 in November 2012 with a 55 percent vote. Adults over 21 would be able to possess up to one ounce of cannabis without fear of being convicted, but the cultivation, distribution, and gifting of cannabis were prohibited.

In 2015, Washington passed the Cannabis Patient Protection Act, SB 5052, which set up a regulatory framework for the production, possession, sale, and use of medical cannabis.

How to Apply for a Medical Card in Washington

Washington state requires you to get a medical marijuana recommendation by a licensed physician and then visit one of almost 200 medically-endorsed cannabis dispensaries to enter the medical marijuana patient registry.

You must be a resident of Washington and have a medical qualifying condition. Minors can designate a parent as their caregiver to participate in the medical marijuana program.

Qualifying Conditions for Marijuana in Washington

Under Washington’s medical marijuana laws, only legislative measures can add a qualifying condition to the existing list. Only the following medical conditions qualify for medical cannabis treatment:

When visiting a medically endorsed cannabis dispensary, you’ll be helped by a certified medical marijuana consultant on staff. Consultants must have completed an intensive 20-hour training program to help medicinal patients in the state of Washington. According to Washington medical cannabis laws, medical patients have the following purchasing limits and don’t have to pay the state’s 37 percent excise tax:

Medical cannabis users may also cultivate up to four plants for personal use and possess up to eight ounces of usable marijuana from those plants. Doctors may recommend up to a 15-plant and 16-ounce limit if the condition requires it.

Medical or recreational marijuana users are not allowed to consume cannabis “in view of the public.” Public consumption could get you a fine of $100 or more if you consume at a school, park, or federal property. Many hotels and home rentals, however, are loosening restrictions on cannabis consumption in Washington.

If you’re a medical cannabis patient from another state, your medical card won’t be valid in Washington. Recreational consumers over 21, however, are allowed to purchase marijuana at a licensed retailer.

Washington’s nearly 40,000 patients can use, grow, buy, and possess cannabis without fear of reprisal. If you’re a first-time patient or just want to brush up on cannabis laws, science, and growing methods, consider Cannabis Training University’s Cannabis Certification programs. You can empower yourself as a patient, recreational user, or business owner by optimizing your cannabis use or career.