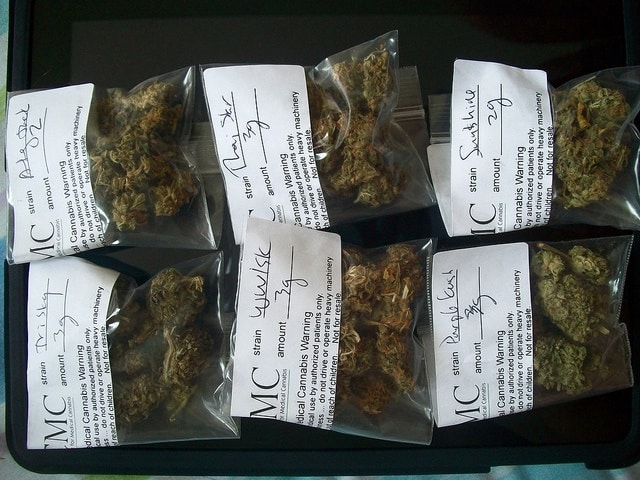 Have you ever wondered why so many individuals want to take the risk of sending marijuana through the mail? Is it such a bad idea? And is it possible that there will be a positive outcome for considering cannabis distribution through the mail? Well, since the time that the marijuana laws have been approved in states such as Washington, Colorado, California, Alaska and Oregon, there has been an increasing flood of mail as people risk using the mail for cannabis distribution. For example, someone in Oregon could be sending cannabis to North Carolina through the mail, not with the intention of breaking the cannabis laws, but possibly out of ignorance that it is a legal offense.

Even though, you can be punished by federal law for mailing cannabis using the Postal Service, many think that it is better to do so for several reasons. Many marijuana cultivators and growers believe that cannabis distribution through the mail is much safer. It is easier to use the mail for marijuana than for hard drugs. Why? Well, marijuana is cultivated, harvested, packaged and shipped using various means of transportation including the mail. It has created a lot of cannabis jobs for locals including the hiring of distributors or transporters that take the cannabis product from one venue to the next.

Federal agents have seized a lot of hard drugs in the past. They have also confiscated millions of pounds of illegal marijuana coming into the country from other countries. However, mail order cannabis from one state to the next have not been as overwhelming for federal agents. It is safe to say that if you are a marijuana grower, it is best to send your cannabis from one legalized state to the next. If cannabis distribution is done from a legal state to an illegal state, this is where you may run into legal troubles.

Many think that the Postal Service could benefit from the extra traffic that cannabis distribution offers. Everyone knows about the financial problems that the U.S. Postal Service has had over the years and for that reason, many workers have been laid off in the past few years. Therefore, volumes of mail have seen a decline as many people opt for other mailing services such as UPS, Fedex and DHL.

Different carriers can be considered for cannabis distribution, and so cannabis  growers are finding that this alternative also works for them. However, it is best to choose the one that is not only better, but safer. UPS, Fedex and DHL are private carriers unlike USPS and for that reason, they may offer more protection against the interference of the federal government. In other words, if law enforcement wanted to search these private carriers, there would have to be a search warrant in play. However, these private carriers have the right to open up and inspect your packages at their discretion. In case of the USPS, there has to be a search warrant, but cannabis distribution is protected by the Fourth Amendment. The search can only be made when there is probable cause.

After you drop a package off at UPS or Fedex, your package is now placed in the care of a third party. This removes you from any liability. It is the carrier’s responsibility to inspect packages before mailing them as long as there is a suspicion. With USPS, the employees are hired by the federal government and so must have a warrant to open your package. It takes time to get a search warrant and there must be good reason. It is possible that this is the reason why most people use the method of cannabis distribution by mail.