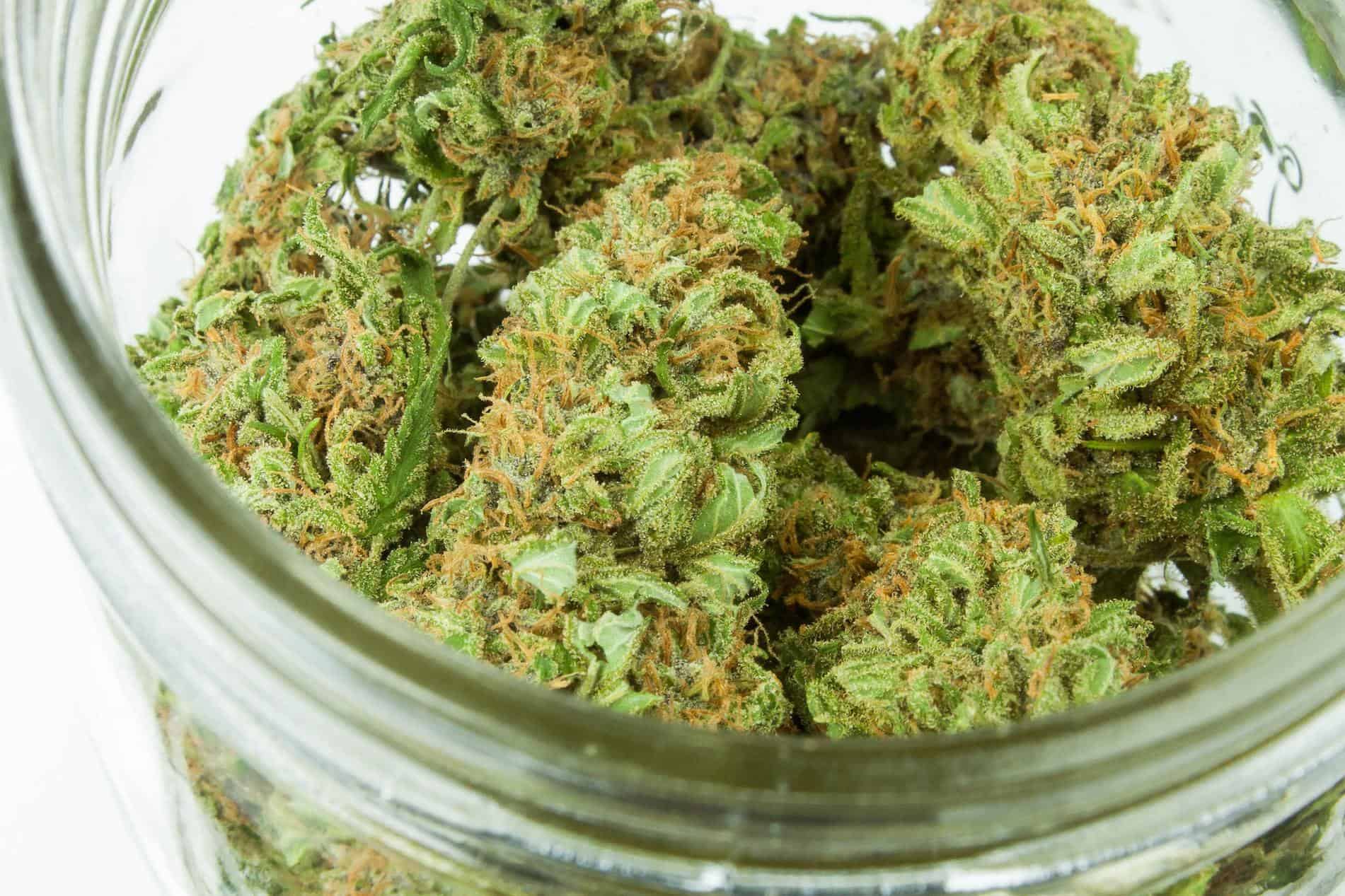 Reading this King Louis XIII strain review may sound confusing because this cannabis strain has so many monikers:

Regardless of what you or your local weed dispensary calls it, it is a rarity so grab it when you can find it! Its potency is high and the essence is amazing.

It became prevalent on the west coast medicinal marijuana markets and has slowly started spreading beyond that. Still, it can be hard to find, like a diamond in the rough! Let’s take an in-depth look at King Louis XIII.

King Louis XIII is an indica-dominant hybrid with a ratio of 70/30 indica-to-sativa. It lives up to the indica family delivering a relaxing experience that is best reserved for nighttime.

OG Kush is one of the most popular marijuana strains and has been around for decades. It has been used as a parent strain countless times. It’s known for having countless phenotypes that are popular in their own right, like Tahoe OG. This lineage brings potency and pungent aromas to King Louie.

LA Confidential is a popular medical marijuana strain that promotes relaxation as well. It is widely used to treat pain and insomnia for those who suffer from these symptoms.

King Louis takes these traits and creates a spicy kush with medicinal qualities and high levels of THC to deliver a high-quality experience for recreational and medicinal users!

King Louis XIII has been used as a parent strain itself, creating a couple of unique bud strains: Gremlin and Gandalf OG.

Gremlin is rare and not well-known. It is a cross of Louis XIII Kush and Mogwai, which itself has secretive origins. It’s another useful medicinal strain that may provide more energy for those who need a daytime high.

Gandalf OG leans into the OG heritage even more with the cross of King Louie and Skywalker OG. It is useful for pain relief and can leave users experience couch-lock, making it the perfect pot strain at night.

This ganja strain is a strong strain that resists mildew and mold, making it good for indoor and outdoor operations. Like other indica-dominant hybrids, it won’t be the tallest plant of the bunch. But, it will produce large, dense nugs littered with sticky trichomes showing off its potency.

You can expect to harvest around 1-3 ounces of bud per square feet of the plant.

Since it leans towards the indica family, it may do best in indoor operations and respond well to topping and creating the Sea of Green.

The standard flowering time for King Louie XIII is 50-60 days. Its resistance to mold and mildew makes it a more viable indica-based weed strain in climates that experience frequent wet weather during the flowering cycle. But, it will still do better in drier conditions.

Nobody wants to lose a crop to bud rot so close to harvest, so the growing conditions must be monitored carefully during flowering.

The standard THC level of this marijuana strain is 20%, but 24-29% THC is not uncommon for King Louie. In addition to this high level of THC, it is known as a hard-hitting high instead of a creeper. Users can easily overdo it and end up melting on the couch before long.

This effect is great for those who want a quick high for recreational and/or medicinal needs.

As with any other cannabis strain, the growing conditions and harvesting/processing methods can affect the THC levels just as much as genetics. Getting your King Louie chronic from a proven producer is the best way to ensure you get the most potent bud.

King Louis copies its ancestor OG Kush with its spicy kush aroma reminiscent of earthy pine. The flavor and aroma are the smoking equivalent of a hike in the woods!

Even with that piney smell, it is most rich in the terpenes Limonene, Myrcene, and Caryophyllene.

Limonene is known to relieve anxiety and stress. Myrcene is known to promote relaxation. Caryophyllene is the only terpene known to act on the endocannabinoid system and helps to relieve inflammation. This combination aligns perfectly with the high that King Louie provides.

Also, it is touted as the perfect blend of sweet and sour essence, making it enjoyable beyond the high!

King Louie is the perfect nighttime bud for medical users. It can help reduce pain and induce relaxation. It’s a good candidate for the following conditions:

It’s not a good choice for those who need a pick-me-up during the day. Those who like the experience that King Louis provides may want to use the child-strain Gremlin for a more energizing experience.

While the medicinal potential of King Louie is prominent, it is just as likely to be useful for recreational users, making it one of those rare buds that can serve both parties equally.

Why this ganja may go by many names, it is a favorite on the west coast markets. It is hard to find in other areas, so if you get a chance to purchase some, go for it. Or, if you are traveling to the west coast, try out some of the local ganja along with the local cuisine!

Do you want to grow a batch of King Louis XIII but don’t know how to grow marijuana yourself? Our professional course on growing cannabis here at CTU is the best way to turn from a novice to a pro in no time at all!