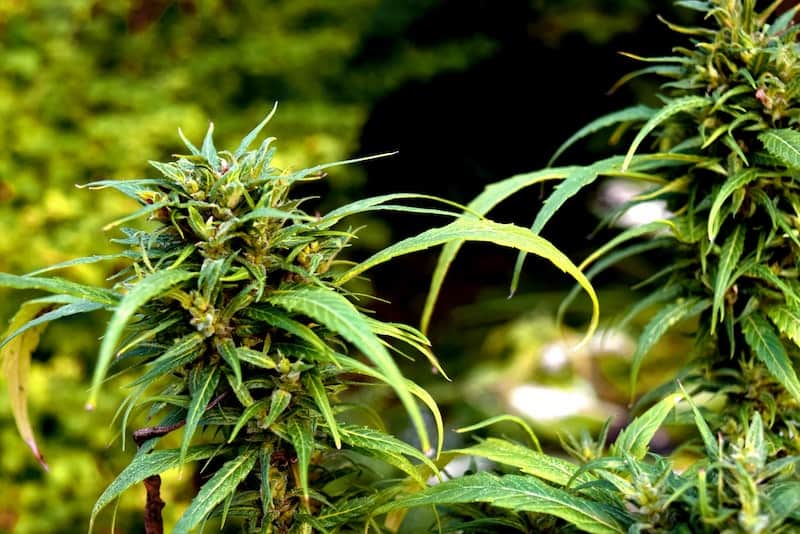 You might be looking at the classic strain called Headband in its improved sense in this Sour OG strain review. We will be looking into the strain created by The Cali Connection out of Los Angeles, California that is also called Sour OG Kush and 818 Headband.

But, don’t be confused. This isn’t just a phenotype of Headband. It’s a little more complicated than that.

This strain is a 50/50 hybrid cannabis strain that results from crossing Sour Diesel and SFV OG.

Sour Diesel is one of the most popular strains ever. Most avid cannabis fans can detect the diesel-like pungency from a mile away when coming across Sour Deisel and others in the same lineage.

San Fernando Valley OG, or SFV OG for short, is a phenotype of OG Kush. Earthy pine and lemon dominate the kushy essence and the high is a nice mix of cerebral energy and physical relaxation.

As you may or may not know, the ultra-popular strain Headband is a cross of Sour Diesel and OG Kush. What separates these two strains is the fact that The Cali Connection used their original SFV OG as a parent-strain that has slightly altered characteristics than the traditional OG Kush lineage.

The two strains are quite similar, as The Cali Connection used to label this strain as 818 Headband. Now it is typically known as Sour OG or Sour OG Kush,

Prospective growers can find feminized Sour OG seeds through their favorite seed banks. Make sure that the cut of OG Kush used was SFV OG. Otherwise, you’ll probably be purchasing regular-old Headband seeds that are mislabeled.

DNA Genetics also brought forth a similar strain called Sour Kush that is listed as a cross of Sour Diesel and OG Kush. It is unknown whether it is different than Headband at all due to different phenotypes being used or if it’s just a rebranding.

It’s not the same as Sour OG though so don’t reach for Sour Kush if you want the strain discussed in this article.

Royal Choice Farms took Sour OG Kush and crossed it with Chemdawg strain to create Chairman Chem Sou for those who want to switch up their experience while maintaining many Sour OG qualities.

Growers can allow Sour OG to thrive indoors or outdoors. It does well in soil and hydroponically. Indoor growers can expect to harvest around 1.6 ounces of bud per square foot of plant. Outdoor growers should be able to get around 1 lb, or a few ounces more, of cured Sour OG per plant.

It prefers warm and dry conditions and will grow to average height for a hybrid cannabis strain. It’s resistant to most molds and mildew so it’s a good choice for beginner growers who need the practice to refine their green thumb.

Sour OG strain has a flowering period of 8-9 weeks. It should be ready for harvest outdoors in early-to-mid October.

The buds take on the basic marijuana look, with green colas and orange hairs. The trichomes are bright and densely cover the buds, alluding to the potency and pungency of this wonderful strain.

Consumers should expect Sour OG to land somewhere between 17-20% THC. It’s not remarkably high in CBD, so it offers quite the psychoactive experience.

The high shows off the evenly balanced sativa and indica effects which hit the body and the mind almost equally. The cerebral effects are quite energizing but they are canceled out a bit by the physical relaxation that sometimes turns to sedation.

It can induce couchlock if you don’t have an above-average tolerance for THC but the primary effects of the experience can wear off in as little as 30 minutes. The high will dissipate completely after an hour or two.

It’s a useful strain to use at any time of the day as it doesn’t put you to sleep or last so long that you remain unproductive for hours on end.

The essence combines the earthy pine and citrus notes that SFV OG is known for and the overbearing fuel-like essence that comes from Sour Diesel.

The kushy and gasoline combination creates quite the pungent aroma and flavor. Some phenotypes of Sour OG Kush are known to have a fruity addition to the essence as well.

The dominant terpenes are Caryophyllene, Limonene, and Myrcene.

Caryophyllene fights inflammation and is dominant in other ganja strains like Original Glue and Purple Punch.

Limonene is great to treat stress and anxiety and is the focal point in weed strains like White Fire OG and Wedding Cake.

Sour OG Kush can be a great medicinal aid for the following conditions:

It can be useful for the majority of medicinal marijuana applications besides insomnia since the experience is a bit too energizing to induce sleepiness.

Sour OG is quite popular, so you may be able to find it at your local dispensary. Nurseries and seed banks carry these genetics often as well since the parent-strains for this strain are very common.

This may be quite similar to Headband cannabis, but just like specific phenotypes and generations have different qualities, the use of a different phenotype of OG Kush as the parent-strain altered Sour OG enough to not require it to be labeled as Headband.

If you are into the world of cannabis and love learning to expand your knowledge and career path, check out our professional certifications and programs! We’ve helped thousands expand their mind and look forward to helping you do the same!