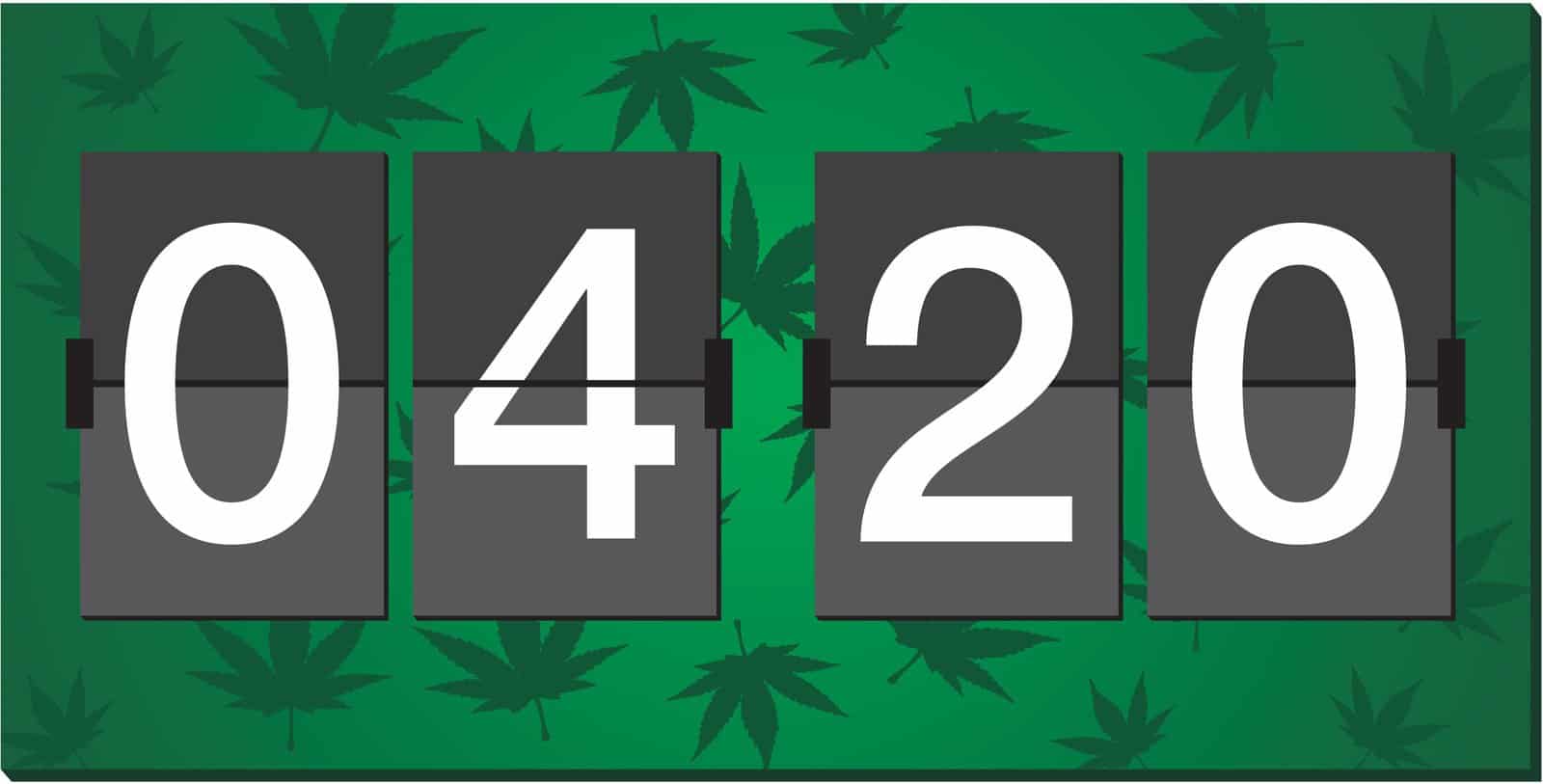 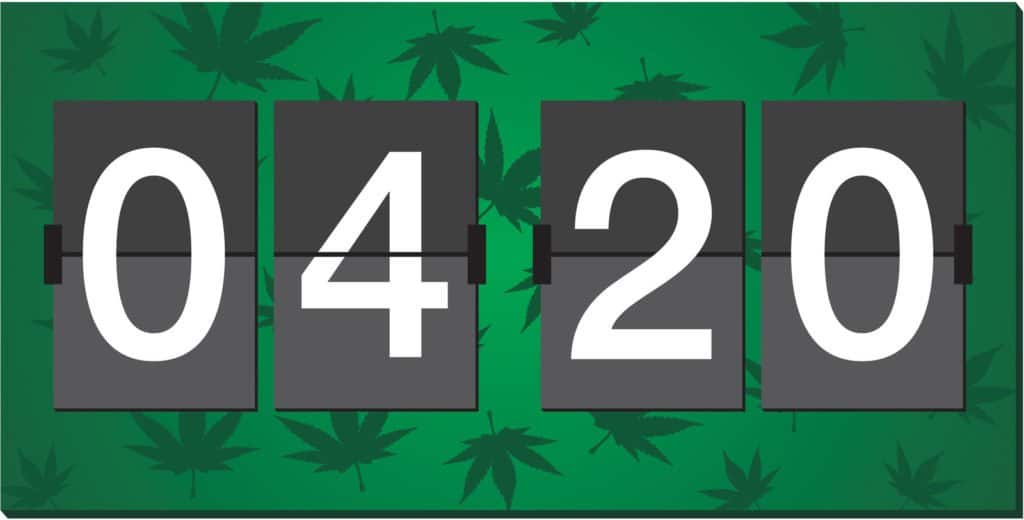 The 4/20 cannabis holiday is a time for celebration and using cannabis. As anyone with a fondness for the plant—as well as anyone who even halfway pays attention to this growing industry—knows, “4-20” has become synonymous with marijuana consumption.

While you won’t find this holiday on most calendars, the popularity of 4/20 has resulted in massive sales for cannabis dispensaries and adult-use stores. Regular consumers will be stocking up with an ample supply of flower or concentrates, and even those who occasionally partake will be kicking up their heels and blazing a blunt or joint on this special occasion. It’s an excuse to party, and because 4/20 falls on a Saturday this year, you can be sure that the parties will rage on until the wee hours.

If you own or work for a cannabis company, it would be unthinkable not to be hyping 4/20 and offering enticing bargains on this day. In fact, vertically integrated companies ramp up production in the months leading up to April just to have an adequate supply of product. Companies specializing in cultivation and/or concentrates will struggle to fill orders for their regular client base. Yes, the increase in consumption on 4/20 is really this large.

All dispensary marketing that’s focused on 4/20 should include increased advertising with larger ads. Radio advertising is even better, although restrictions often are made on what can be said about cannabis on the radio. Special events with prize giveaways are always a good idea to promote 4/20. This is a time to promote bargain offers and move product in bulk quantities. Two-for-one and special, limited-time promos are the way to go on 4/20, because people want to make sure they have enough for the day’s festivities. As a way to draw in new customers, those who sign up for new “membership cards” on 4/20 should get an additional 15 percent off for their first visit of on 4/20. All who participate in your membership discount club should receive a text blast on 4/19 detail the special offers on the following day. If the flowers and concentrates are potent and the prices are right, the lines will most definitely form at your dispensary, and business will be brisk.

Dispensaries that play their cards right and promote their businesses properly on the 4/20 holiday will see record sales that surpass any other day of the year. This year’s 4/20 weekend is to dispensaries what Valentines day is to Hallmark, chocolate companies, and florists. Be sure to invest more in your public exposure leading up the big day so your business won’t be lost in the sea of competing dispensaries and adult-use stores.

As surprising as it may seem, it’s not just dispensaries that are promoting their businesses and offers on 4/20. Large mainstream companies are taking advantage of this unorthodox holiday as well. Some of these marketing gimmicks are just clever, tongue-in-cheek plays on words, while others are more strategic and will most likely be effective.

Not surprisingly, some of the larger food companies are jumping all over 4/20 advertising, just as they have done in years past. These companies recognize just as well as anyone who has tried marijuana that after smoking or vaping high-quality cannabis, a serious case of the munchies often sets in, depending on the strain consumed. To satisfy their growling stomachs, cannabis consumers often head for the tastiest food their money can buy. Let’s take a look at some of the larger food companies that are investing money in 4/20 advertising. There is little doubt it will resonate with their target customer demographic and boost their bottom lines. Time will tell which new businesses will join the following companies, which have made efforts to capitalize on 4/20 in the past.

This company’s interest in 4/20 shouldn’t come as a surprise, and even the most fickle ice cream snob will agree that Ben and Jerry’s frozen concoctions are top drawer. Also not surprising is that this ice cream company has its roots in Vermont, which is a legal cannabis state and a region known for a laid back and progressive lifestyle.

Ben and Jerry’s has a track record of creating not only extremely tasty and rich ice cream, but flavors with clever names that appeal to a more counter-culturally aware customer base. With flavor names like Cherry Garcia, Wavy Gravy, and Phish Food, this ice cream brand undoubtedly has many devoted fans who also enjoy cannabis. Cherry Garcia was and is a cornerstone flavor that paid tribute to the late Grateful Dead guitarist (a confirmed cannabis enthusiast) during the 1980s while he was still alive. Besides the funny name, it didn’t hurt sales that this ice cream was and is absolutely delicious, an irresistible blend of cherry ice cream, Bing cherries and chocolate chips. If you like chocolate-covered cherries, you’ll love Cherry Garcia.

Ben and Jerry’s is no stranger to 4/20 promotions. A few years ago, Ad Age reported on the ice cream company’s new creation that came out during the April buildup to 4/20. It was a twist on the ice-cream sandwich concept, scoops of ice cream wrapped inside a sugar cone “tortilla.” Tagged as the BRRR-Ito, it was designed to motivate its ice-cream-loving customer base on the 4/20 holiday. Ben and Jerry employees even sported promotional shirts that said “This is how we roll”—a clear reference to marijuana culture.

Numerous fast food companies, as well as some sit-down restaurants, also are paying tribute to 4/20 and making note of the big day in their promotions. Burger King is one of several burger companies to do so. A commercial from BK reads, “Fire up 4/20. Spicy chicken nuggets are back.” Fast-food burger restaurants have seen sales slip dramatically with young men—their target demographic. Perhaps they see 4/20 as a way to reconnect with today’s high school and college students, who now increasingly opt for healthier fare.

Many companies find Twitter to be the best way to get their 4/20 messages out. Chipotle is another fast-food business catering to the 4/20 crowd. Founded in Denver—a 4/20-friendly city if there ever was one—Chipotle is wise to recognize who its customers are, namely Gen Z and Millennials who ditched burgers in search of more nutritious options. Past tweets from Chipotle on 4/20 read merely, “Dank,” with a burrito bowl photo and a message saying “Sometimes you need a huge bowl to get you though the day.”

Denny’s, known for its 24-hour service that sees more than its share of the late-night party crowd, has sent tweets as well. One notable Denny’s tweet was slightly more subtle than Chipotle and read, “Some of our favorite words: baked, cooked, fried, stewed, toasted.” No doubt, Denny’s diners received the message loud and clear on marijuana’s annual holiday.

Some Are More Subtle Than Others

Some companies allude to 4/20, but seem to hold back with fully committing to the idea of actually approving of 4/20, regardless of their advertising that’s rife with 4/20 innuendoes. GoPuff is one such company. Operating in select cities, the company provides food-delivery services, which should bode well for 4/20 profits. The company is known for subtle references to 4/20 leading up to the big day. Past videos posted by the company were jammed packed with content like “Wanna puff?” as well as “pass the bowl” (a food bowl). “we’re out of pot” (character holding up a cooking pot), and video characters named “Mary Jane.” These cannabis references are strewn throughout, so you know exactly what the company is referring to without them actually coming out and saying the “M word.” Viceland, the television channel owned by the media company Vice, is well-known for its cannabis shows like Weediquette and Bong Appetite. In fact, the stations past, popular programming is what they feature on 4/20, marathon viewing session of the aforementioned shows. The subject matter of these shows is all that’s necessary on this day.

The 4/20 holiday is now mainstream enough for companies consider it important enough to advertise as part of their marketing campaigns. Not only cannabis dispensaries are getting creative with their marketing strategies. If you keep you eyes open in mid-April, you may just find that some of your favorite brands are as tuned into 4/20 as you.