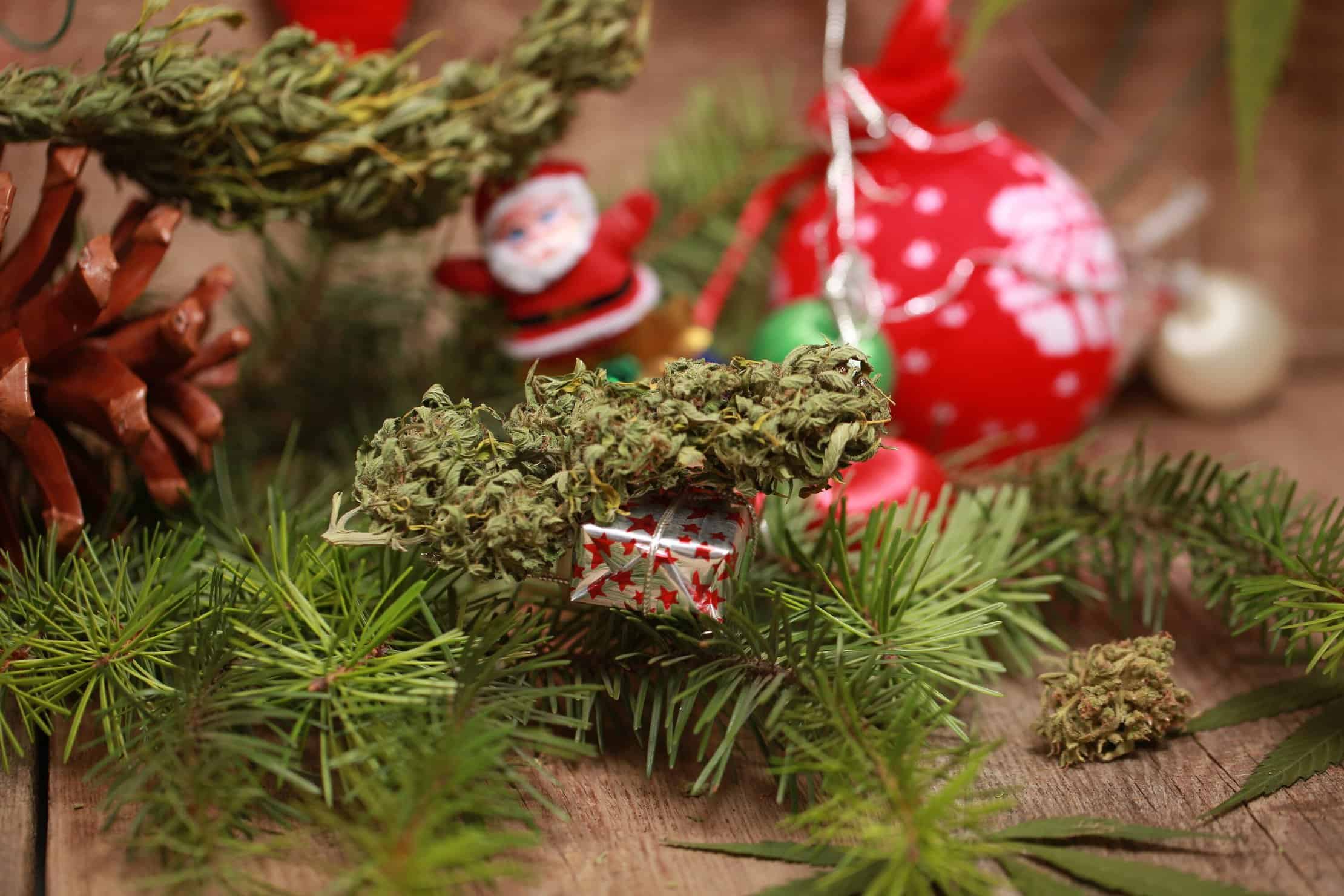 Light up the fireplace, gather your favorite holiday snacks, and watch the best stoner movies for Christmas with the help from this list full of classics and modern holiday films. Our list features comedy, horror, fantasy, and family films that take place during Christmas. While many of these movies may not center around cannabis, they make for a funny, entertaining, and themed experience for stoners worldwide.

If you’re searching for non-stop belly laughs this Christmas, check out National Lampoon’s Christmas Vacation with comedy legend Chevy Chase. In the third installment of this Lampoon series, the Griswold family welcomes their in-laws and multiple hijinks ensue. Prolific writer/director John Hughes brings together a star-studded cast of comedic actors to create a hilarious and slapstick-friendly Christmas movie.

Classic stoner duo, Harold Lee and Kumar Patel, are inspired by the holidays in this uninhibited Christmas stoner movie. After growing apart for years, Harold and Kumar’s friendship is serendipitously rekindled with the arrival of a mysterious package at Kumar’s door. Against their better judgment, the duo goes through hell and high water in an attempt to replace a destroyed and prized Christmas tree that belongs to Harold’s father-in-law.

The Night Before is a tale about friendship and adulthood. Seth Rogen, Anthony Mackie, and Joseph Gordon-Levitt play Isaac, Chris, and Ethan, respectively. Every year the trio meets up for Christmas Eve to party it up and catch up. As they enter adulthood, the trio plans to celebrate their final blowout reunion at one of the biggest Christmas parties of the year.

Scrooged is a dark and surreal remake of Charles Dickens’ A Christmas Carol. Bill Murray plays Frank Cross, a Scrooge-type, money- and power-hungry television executive hell-bent on reaching the highest ratings with shocking and provocative programming. Frank is visited by three ghosts during the night who show Frank the error of his ways.

Dark comedies make for perfect stoner movies. Bad Santa stars Billy Bob Thornton as Willie T. Stokes, a con man and thief who steals from mall stores every year where he works as Santa Claus during the holiday season. When the mall manager suspects Willie of stealing, he orders the chief of mall security to research Willie’s past. Willie’s plan slowly unravels, but he finds friendship and redemption in the unlikeliest of places.

Elf stars Will Ferrell as Buddy, a human who was raised as one of Santa Claus’ elves. After finding out his true origin, he heads to New York City to find his biological family. Ferrell delights and amuses with a hilarious performance as he stumbles and fumbles his way into love and family. The film combines smart and slapstick humor to create an instant holiday classic.

The holiday season brings good cheer to most people, but not to some. After getting robbed on Christmas Eve, Craig (Ice Cube) needs to earn back his money or else risk getting beat up and evicted from his apartment. Craig and his roommate Day Day reluctantly take up jobs as mall security guards. This follow-up to the stoner classic, Friday, is a worthy addition to your Christmas movie list.

There’s a heated debate on whether Die Hard is even a Christmas movie. Regardless of naysayers, this film takes place on Christmas Eve. John McLane (Bruce Willis) unexpectedly has to combat a terrorist threat during his wife’s company Christmas party. This high-octane action movie has all the thrills to keep you entertained this holiday.

Gremlins redefined the Christmas horror genre with its comedy and fantasy sensibilities. After a father buys his son a “mogwai” as a pet for Christmas from a Chinatown store, the family breaks the three most important rules when taking care of this furry creature. When exposed to light, water, or fed after midnight, these loveable creatures can turn into evil monsters.

Home Alone isn’t necessarily a stoner movie but is truly a feel-good and humorous Christmas film that can be enjoyed while consuming cannabis. 8-year-old Kevin McCallister is accidentally left home alone while his entire family travels for the holidays. The family soon realizes their mistake, but two zany and mischievous robbers plan to rob the McCallisters’ home before they return. Little do they know that Kevin is an ingenious and determined little fella who devises traps for the thieves throughout the house.

There are a plethora of Christmas-themed movies that might as well be considered stoner movies. Honorable mentions include The Nightmare Before Christmas, Planes, Trains & Automobiles, A Christmas Story, and The Santa Clause. Try these cannabis strains to pair with your Christmas movie-going experience.

As big of a movie buff as Cannabis Training University?

To stay up to date on the latest cannabis entertainment news please check out our CTU cannabis blog daily.

Enroll today at the cannabis university online. Start a new career in weed.